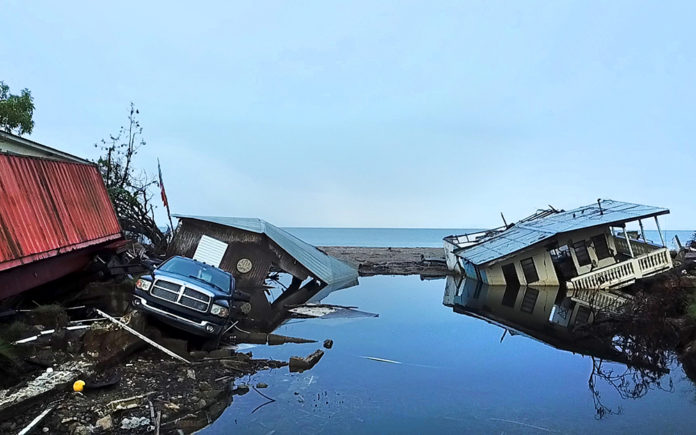 By Rich Henrich and Daniel Seymour

“The most catastrophic event in the modern history of the United States,” does not sound like the description of an under-recognized issue, nor does “the second most severe blackout in world history.” Yet many on the island of Puerto Rico, ten months after Hurricane Maria, still feel forgotten. Many Americans don’t even realize that Puerto Ricans, like Californians, Hawaiians or Texans are U.S. Citizens. The issues are complex and the relationship is complicated but the cry for help, seemingly lost in the Bermuda Triangle, must be heard all across the mainland. They need help now! As the hurricane season returns, the island is more vulnerable than ever. 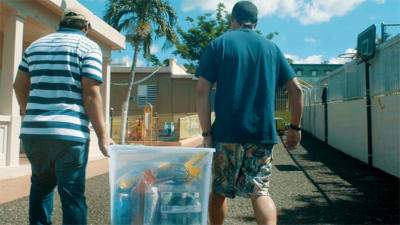 It will require other American citizens echoing their concerns and demanding legislators take action since their voice in Congress is limited. It will require an army of concerned citizens willing to help in every way possible. It will require your participation in contributing to local charities, sharing their story to increase awareness and accepting their invitation to visit and enjoy the island, a tourist-driven economy that plea for more visitors to keep afloat. In the Coachella Valley, we know the vital role tourism plays in our own economy and can appreciate what Puerto Rico continues to endure nearly a year after a virtual collapse.

In October 2017, what began as a humanitarian relief effort soon turned into an urgent call to action as my documentary crew of two learned first-hand of the many complications politics and corruption played in hindering relief for the victims of Hurricane Maria. From outdated laws and infrastructure to a lack of clear leadership and communication, the island spiraled into a tragic free fall as the internet, cell phones, radio and television stations all failed. The island resembled the perfect setting for a post-apocalyptic film but the story was far too real for any fiction. Days past, then weeks, and then months, without answers, without help. With most of the media coverage focused on tragedy, we sought to find people with stories of self-determination, like Alberto Ramirez, a co-founder of a local non-profit, Ayuda Pa La Montana, and others like him: community leaders, homeless people, business owners, veterans, an orphanage director, injured and dispossessed people, youth, seniors, and artists all seeking to make the best of a difficult situation. 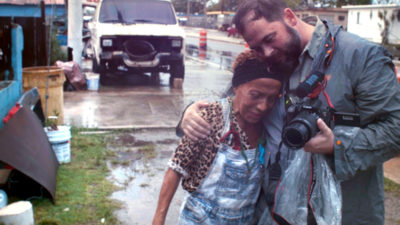 Next month, my documentary film crew will return to Puerto Rico to check on our friends in San Juan, Mayaguez, San German and Yabucoa, ground zero for Hurricane Maria. Recently, Ayuda Pa La Montana reached out with a specific request: help to raise $5,000 to repair the home of a respected elder in their town, who, like nearly fifty percent of the homeowners in Puerto Rico, does not qualify for FEMA funds because his home was built by family, friends, and neighbors several years ago and does not have a deed. Your help is urgent if not vital for at least one man. Please help if you can.

Learn more about Project Puerto Rico and the campaign to help rebuild at: