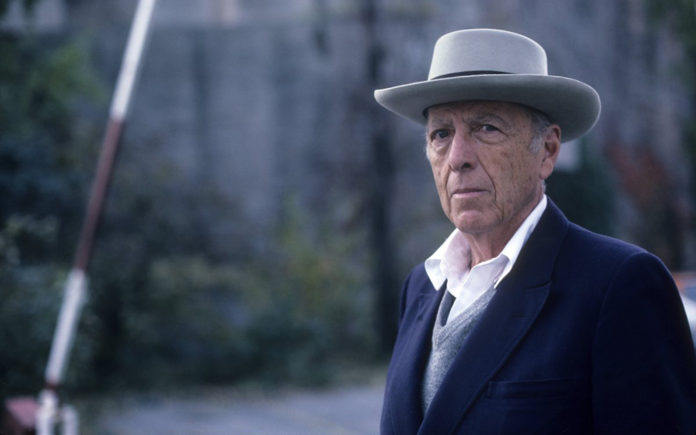 There are novelists and then there are literary giants. Pulitzer Prize-winning author Herman Wouk died in his south Palm Springs home last week, just days short of his 104th birthday.  He was a beloved local and national treasure.

Wouk is best known for his historical fiction The Caine Mutiny, The Winds of War and its companion piece, War and Remembrance.  He was also a playwright and wrote non-fiction about his Jewish faith and the nature of God.

He was born in the Bronx to Russian Jewish immigrants.  As a boy, Wouk was taught the Talmud by his maternal grandfather.   He was a graduate of Columbia University where he was the editor of the school’s humor magazine.  Wouk started his career writing jokes and comedy skits for radio shows.

After the attack on Pearl Harbor, Wouk joined the U.S. Navy Reserve.  He was an officer aboard two destroyer minesweepers in the Pacific Theater during World War II and participated in several pivotal military campaigns.

Wouk began writing his first book off-duty aboard his ship.  He sent chapters to a college friend who read them to a New York publisher.  He signed a contract while still at sea.  Wouk finished his tour of duty in 1946 and his first book Aurora Dawn was published in 1947.

Regarding his wartime experience Wouk said: “I learned about machinery, I learned how men behaved under pressure and I learned about Americans.”  The Caine Mutiny, which won the Pulitzer Prize for fiction in 1952.  It was largely based on his military service aboard a destroyer.  Wouk adapted the story into a Broadway play and the book was made into a Hollywood movie staring Humphrey Bogart. 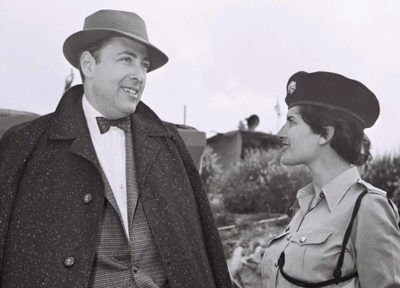 In 1955, Wouk’s Marjorie Morningstar was published to some controversy.  The story is about a Jewish girl from a good family who, as an aspiring actress, changes her name.  Failing to make her own dreams come true, she eventually settles on the happiness of being a wife and mother.  Critics included Jewish writers, religious figures and women’s rights activists.

Youngblood Hawke was a novel about the rise and fall of a young writer modeled on the life of Thomas Wolfe.  Don’t Stop the Carnival was a comedy about escaping mid-life crisis by moving to the Caribbean.  Both were made into movies and “Carnival” had a brief run as a Jimmy Buffett musical.

The Winds of War and its sequel War and Remembrance are historical fictions with straightforward detailed accounts of WWII told from multiple points of view of the enduring relationships between its characters.  The romances set during a time of war gave the books an epic and tragic tone.  Even though he lived through the war, Wouk was meticulous in his research for his books. Regarding the horrors of the Holocaust in “Remembrance,” Wouk said: “[Its] the main tale I have to tell.”

Inside, Outside is the story of four generations of a Russian Jewish family and its travails in Russia, the U.S. and Israel.  The Hope and its sequel, The Glory are historical novels about the first 33 years of Israel’s political history.  Those books were followed by The Will to Live On: This is Our Heritage, a tour of Jewish history and sacred texts — a fitting companion volume to This is My God.

To mark his 100th birthday, Wouk published his memoir Sailor and Fiddler: Reflections of a 100-year-old Author.  He believed it would be his last book, but Wouk’s agent said that at the time of his death, he was working on another book!

Wouk’s literature came from his personal experience and unique passions.  He wrote 19 books and translated his worldview into meaningful and powerful narratives capturing humanity’s strengths and weakness, the likes of which we will never see again.

Wouk was a man of faith, a patriot, a true wit, a literary giant, and a beloved valley icon whom I had the good fortune to meet.  RIP.