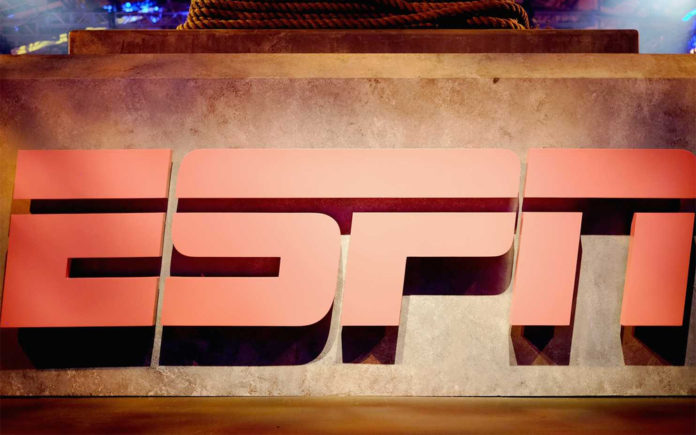 Ed Werder, Andy Katz, Doug McIntryre, Charles Arbuckle, Jerry Punch, Jay Crawford and Jayson Stark are some of the most visible names in sports journalism in their respective roles.

Between those seven anchors, reporters and analysts, they’d worked a combined 128 years at ESPN.

And all seven of them were laid off this year.

Former NFL players Trent Dilfer and Danny Kanell also lost their jobs. As well as Dana O’Neil, Brett McMurphy, C.L. Brown and Max Olson. After a while, it was hard to keep track.

In total, 100 people lost their jobs at ESPN. News of more layoffs trickled down these past couple months.

John Skipper, ESPN’s president, released a statement regarding the layoffs. Of course, he didn’t actually use the word “layoff.”

“Dynamic change demands an increased focus on versatility and value, and as a result, we have been engaged in the challenging process of determining the talent — anchors, analysts, reporters, writers and those who handle play-by-play — necessary to meet those demands,” Skipper wrote.

This isn’t the first time ESPN has laid off a large amount of people. The company laid off roughly 300 people back in October of 2015, though most of those staffers however, weren’t on camera.

What’s really with the layoffs? Shocker the answer boils down to one thing — money.

If politics were to blame, individual ESPN employees would have been laid off, not 100 across the board.

The cost to broadcast major sports has skyrocketed, in part, due to ESPN paying so much in the past to own those rights.

It’s not just ESPN fraying contract costs. Having sports channels alone cost $20 per month per subscriber in Los Angeles. That’s up from $13 in 2013.

But those fees have driven up cable costs so much so that people are cutting the cord completely. According to the New York Times, ESPN has lost more than 10 million subscribers in the past few years. I’m one of those cord cutters. I cut cable completely last year. It was just too expensive for how seldom I turned on the TV. Paying nearly $150 a month for cable is asinine, especially when you’re a sane person.

It’s incredibly sad to see all these people lose their jobs. Especially since it’s the journalists and the analysts getting kicked to the curb, rather than the talking heads. But unfortunately, ESPN, like any other company, is business first. And when businesses bite off more than they can chew, it’s the hardworking people who get cut first.

If you’re looking for someone to blame in this whole mess, there really is no good answer.

Are the NFL, NBA, and NCAA money hungry for the highest paying contract? Absolutely. And they have every right to be. Any business executive that says, “We’re making too much money” is an idiot. Was it smart for ESPN to pay record-level amounts of money for these contracts? In hindsight, not at all. Sure, someone else would have paid up for the contracts, but I say that any company that paid this much money for these contracts is stupid. I think I was 12 or 15 when my dad first told me, “Don’t pay retail”.

Something had to give eventually. It’s just unfortunate that so many good journalists lost their jobs because of it.