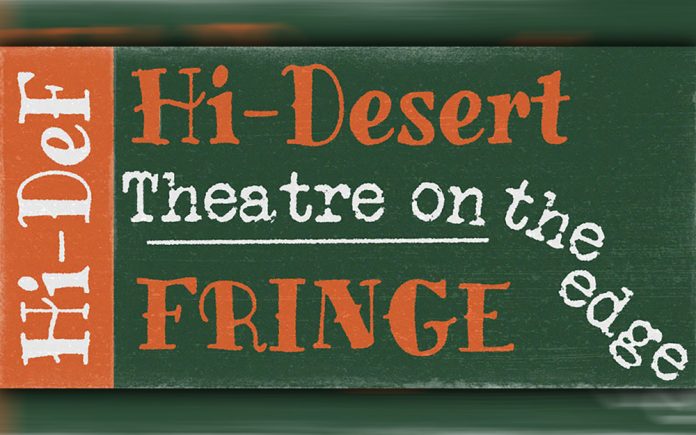 Rudolf Bing, an Austrian impresario who had fled Nazi Germany, wanted to create an international theatre festival in the UK. After various searches, Edinburgh Scotland was proposed by the British Council as the new location. In 1945 a festival committee was formed and it was decided that 1947 would be the date of the festival and a chance for Edinburgh to create a new post-war identity as ‘the cultural resort of Europe’.

The first Edinburgh International Festival began on August 24,1947, with a goal to ‘provide a platform for the flowering of the human spirit‘ by bringing people and artists together from around the world.

Unfortunately, not everyone who wanted to participate were invited and so The Festival Fringe was created when eight of the companies who had not been included, – six Scottish and two English – staged their own shows alongside the new International Festival. These groups operated totally independently of each other, with no support structure.

The artists produced their own shows in empty stores and church basements and their work was staged literally “on the fringe” of the established festival. The concept was an immediate success and the Fringe soon became just as popular as the “official” Festival.

Today, Fringe Festivals around the world vary, lasting from a day to a few weeks involving multiple venues. Shows are kept brief and technical requirements simple. Introducing audiences to new genres of the performing arts.

Fringe Festivals are a celebration of art and culture. Artists and performers take to stages all over the U.S. and the world, to present shows for every taste. From big names in entertainment to unknown artists looking to build their careers. Fringe festivals include theatre, comedy, dance, cabaret, music, exhibitions and events.

In 2018 a new and exciting Fringe Festival kicked off in the high desert of California. Created and produced by Actress/Playwright/Producer Miri Hunter and Teacher/Actress/Writer Ann Van Haney, the High Desert Theatre on the Edge Fringe Festival is now in its fifth year.  These two creative and inspirational women managed to continue the festival during Covid by putting it on line in 2020 and 2021, which opened it up to an international audience. Both Miri and Ann have been active in Los Angeles and Desert theatre for many years.

The Hi Desert Fringe Festival is produced under the auspice of Project Sheba, founded by Dr. Miri Hunter in 2007 and is a minority and woman owned non-profit organization whose mission is to work with persons of diverse backgrounds, cultures and experiences towards making local and global communities strong and vibrant. In 2017 Project Sheba started a Theatre Company called Thought Theatre and a year later they kicked off the Hi Desert Fringe, whose purpose is to bring original, non-traditional, gritty, edgy, thought-provoking performance art to the Hi-Desert.

When attending Fringe Festivals in Hollywood one of the most exciting experiences for me was the discovery of the hidden gems that may not have otherwise been discovered.  Stage works that I had never seen and artists I was not familiar with. Each was unique and enticing and waiting for new audiences to discover them.  The 2022 High Desert Fringe Festival continues the mission of these exciting world-wide events by presenting fresh, new, edgy and inspiring works by a diverse group of artists.

This will be mostly a sartorial statement, featuring strips of white cloth safety-pinned to Lisa’s black outfit.

Echoes of a Woman, Patricia West-Del Ruth
Voices from a horrific past, play over and over in a woman’s head, as she struggles to confront three different personalities as they reveal the brutal reality of her life.

Pas De Poubelles, Jenn Henry
Set to a 1987 USSR recording of Tchaikovsky’s Pas de Deux from the Nutcracker (Op. 71, Act II: No. 14), “Pas de Poubelles” is a ballet duet with a trash bin.

Elegant Betrayal, Rue Love​
The video showcases an original song, which is a blend of spoken word and punk cabaret.

3 Short films, Roy Boucher
George, Happy Birthday Art, Bees and Seas
​
Tarot 4 U, Roy Boucher
​ Roy will also lead up to four workshops during the day, each at 45 minutes to introduce Tarot.

​Torn Hide, Alex and Lauren Valdivia
​A psychological bull fight, centered within a worn western woman, who battles her darkness in a vicious struggle, day after day, bruised by the desert.

Another Round of Lame Excuses, Kurt Schauppner
Of his performance Kurt says, “I sit around playing songs l have written and telling stories about the songs.”​​

Beer, wine and catering by the Hungry Lizard will be available.
Outdoor COVID protocols will be observed.

For schedule and ticket information: