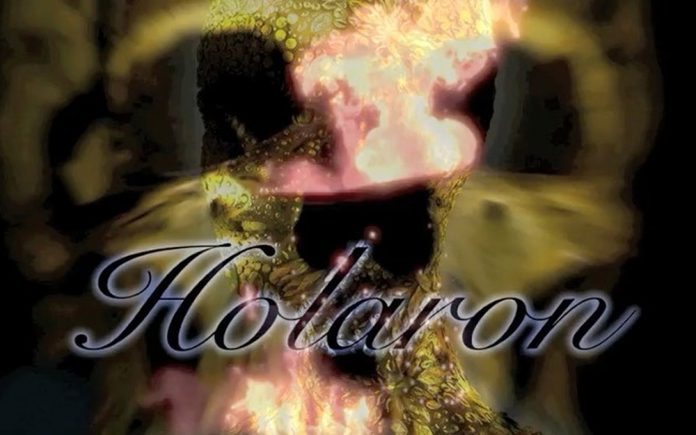 Unbeknownst during their Google search, the iridescent dust of the underground tunnels of Holaron can induce a strange transformation on space travelers. By unknowingly ingesting the magic Holaron dust, they developed incredible audibility and were gifted ultra-large packages under their space trousers!

With these rare ‘tools’, they developed the ability to travel on sound waves and create the music that is now termed Holaron.

With McNeal as singer, primary songwriter and guitarist, Cabral on bass, keyboards, guitar and Leighton on drums and, the band has freed the first triad from the trio.

McNeal is known for grunting in the nude, Cabral for his weird noises and Leighton for being the ‘percussive wizard of baton wielding’ who eats peanuts.

As many are aware, music has the capacity to propel you to other cosmos. That is exactly what Holaron has done for me. Their first three tracks are high-reaching and conducive to a momentary spacewalk. I look forward to continued compositions from the transcendental triplets. Below is the Coachella Valley Weekly review of their three songs. 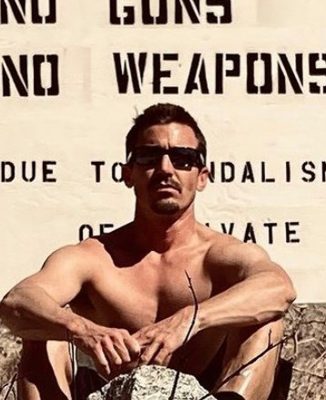 There’s a gloomy youthfulness that radiates from this track. From the syncopated and murky guitar handiwork to the drum fills, it establishes a mood.

Ya there’s been darkness all around me

Spilling over all I know

It does seem that it sometimes has to get worse before it gets better right? If you’ve ever felt that type of ‘darkness’ all around you, you can relate with what Brannon is trying to communicate here.

My head’s been spinning I can’t see right

Depression and turmoil seem to work together while having clarity corresponds with our sanctuary. 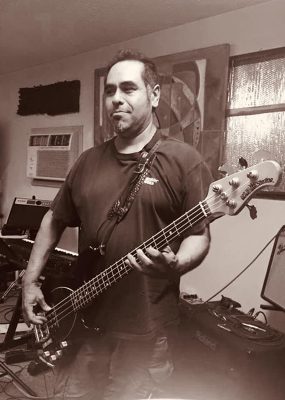 More obscurity and grooviness. The underlying melody is provided by menacing keyboards. My awareness of the drumming by Leighton reminds me of why I was attuned to his time in War Drum. His peers, past and present, credit him with persistent enthusiasm for the music, it manifests itself here once again.

Deadly pictures in the hallway gone

I’ve been gone too long

The imagery is haunting

Walking backwards to the hands of time

Stop your crying we all roll the dice

Living off the light

McNeal gives you sufficient words to determine your own perception. 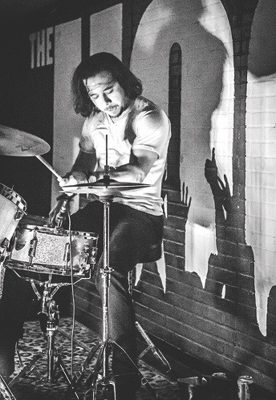 A more ‘keen’ tempo of the three; no one is laughing here. Where is your laughter now? In all three songs the vocals are a felicitation to the instrumentation.

How do you just keep on laughing?

When happiness can really happen

I crack a smile

Cause happiness is knee slappin’

Where is the laughter now?

Where is your laughter now?

The hypocritical respect that speaks to the lip service we all have the qualifications to minister.