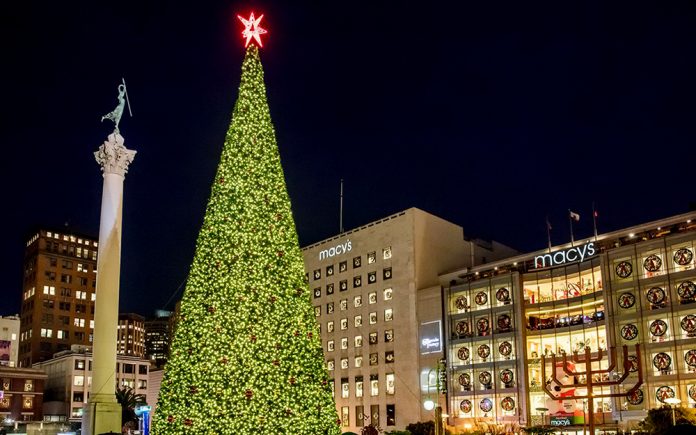 According to Morning Consult, 30% of American are less likely to gather with others over the holidays due to Thanksgiving experiences.  Morning Consult is a data intelligence company that studies consumer shopping patterns and preferences.

Younger adults remain more willing to travel than older adults who prefer staying home.  Morning Consult suggests that this is good news for restauranteurs who can provide meal delivery or pick-up this holiday season.  These findings are bad news for many hotels and cruise lines as 5% of Americans expect to travel this year.  While the Coachella Valley may be booming due to our proximity to several major metropolitan areas and our amazing weather, people are generally less willing to travel this year.

More than half of Americans (57%) did not participate in any Black Friday or Cyber Monday shopping. Of those shopping over the four-day period, one in three did some of their holiday shopping on Black Friday with one in ten nearly completing all shopping.  One in four did some of their shopping on Cyber Monday.  Part of the reason that Cyber Monday may not have been as successful as many would have liked may be related to price and availability.  Only 46% were satisfied with the deals they found on Cyber Monday.  Supply issues and computer chip shortages most likely led to fewer doorbuster deals.

About half of all shoppers bought something for themselves on over the Black Friday/Cyber Monday period.  Six in ten did their shopping for an immediate family member.

What were folks buying?

Apparel was the #1 choice for those shopping in person.  Amongst online shoppers, the top purchase was gift cards at.  Toys come in second with both online and in-person shoppers.

Four in ten consumers expect to spend less this holiday season due to COVID while 45% said that they will spend the same or more.  Amongst those concerned about rising COVID cases, 38% are spending less.

Of the 57% who did not participate in the four-day shopping extravaganza, the largest group makes less than $50,000 annually and do not have college degrees.  Those with post graduate degrees or making more than $100,000 participated the most.

Amongst those where a member of the household is being laid off, only 32% say that they will be spending less while 56% will spend the same and 12% more.  Those fearing a layoff are a bit more cautions with 35% spending less, 53% the same and 11% spending more.  Unless these folks have a money fairy in their families, an awful lot of folks prefer immediate gratification over financial prudence.

After we get through the Christmas holidays, we have New Year’s Eve celebrations.  In a large shift in consumer patterns, only 7% plan on going to a restaurant or large gathering with 19% planning on a small gathering with friends and/or family.  Cooking dinner at home is planned by 44% of folks with 13% plan on ordering take-out. The largest group has no plans.

As fewer people plan to travel for the holidays given their Thanksgiving experiences, it seems that the same feeling applies to New Year’s Eve.  If anything, more expect to stay in.  While this is hard on many businesses, it is probably the safest course of action to avoid drunk drivers if not Omicron.