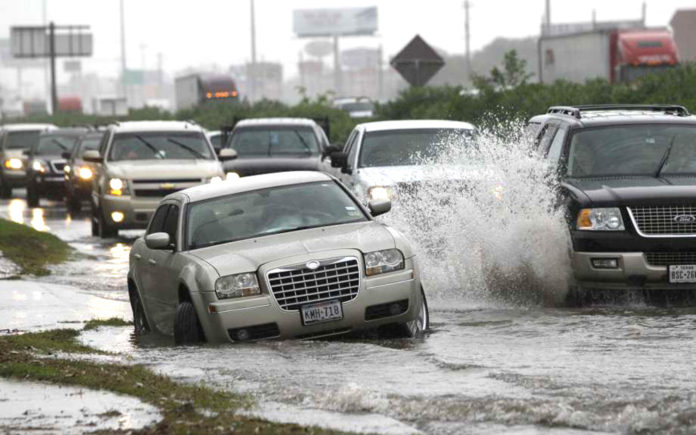 Whether caused by human activity or nature, global sea levels have risen by 3 inches since 1993 as glaciers have melted at far greater rates than projected only three years ago. As sea temperatures increase, the ocean’s water mass has also expanded.

Many scientists believe that some of the older glaciers in the world could be gone in fifty years. If ice melts at the current rate or faster, sea levels could rise by approximately 8 feet by the end of the century causing parts of Florida, New York City and Boston to be permanently submerged.

Scientists tracking climate change cite evidence showing that the world began to warm in the mid-1800s with greater temperature spikes occurring over the last fifty years. It is interesting to note that the Nixon Administration put out warnings that we might be in the early years of an ice age on the first Earth Day in 1970. Whether that was misinformation or fake news, this was a clear example of inaccurate climate change information coming from Washington DC.

Increased water levels over the next 50 years are not expected to be enough to cause places like Houston, New Orleans or Miami to become the new Atlantis’. Higher sea levels will mean that damaging storms like Harvey will happen with more frequency while causing more damage.

Nearly 40% of the world’s population and eight of the ten largest cities in the world are in zones at risk to flooding. Places like Houston have the greater risks as much of Houston is below sea level and sinking due to the withdrawal of ground water and fossil fuels.

Exacerbating problems for cities near the Gulf of Mexico or Atlantic Ocean are the outcomes of a melting Antarctic ice pack. Due to the shape of Earth and the gravitational impact that ice packs have on the Earth’s rotation and thus its oceans, low laying cities on the Gulf or Atlantic are at the greatest risk of weather catastrophes whether due to a storm or the continued creep higher of ocean levels. Where the world might see ocean levels rise by 8 feet, low lying cities like Houston, New York City, Miami or Boston would have sea levels that are 2 to 4 feet higher than the global average.

Worth noting, the governments of Abu Dhabi and Dubai require commercial developers to consider a three-foot rise in sea levels in their architectural designs. These countries are also moving toward solar energy wherever possible despite having some of the largest oil reserves in the world. What does the United Arab Emirates see in our climatic future that leadership in Washington DC does not?

While the Coachella Valley is not at risk to flooding caused by rising ocean levels, we very well may see an increase in monsoonal rains causing our air to become more humid. The World Meteorogical Organization believes that the mix of higher temperatures and increases in pollution could have Ottawa with a climate similar to Belize City while Kabul, Afghanistan could feel more like Colombo, India. While the average temperature around the world is expected to go up by 8.4 degrees by the end of the century, desert climates could increase by as much as 15 degrees. If you think 108 degree days are hot, how will you feel when 120 degrees is the new 108?

Haddon Libby is a Registered Investment Advisor, Fiduciary and Managing Partner of Winslow Drake Investment Management. You can reach him by calling 760.449.6349 or emailing HLibby@WinslowDrake.com.