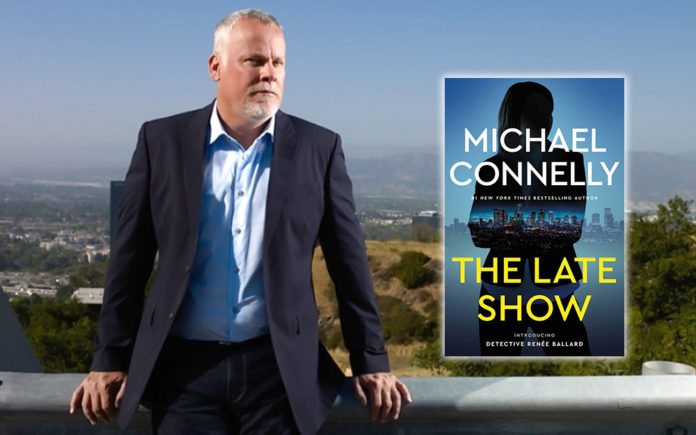 Women comprise 47 percent of today’s workforce. Yet, they still do not receive equal pay. Just as more women work, more women are reading. Women buy and read twice as many books as men.

There’s a trend among macho, male, mystery writers to create women protagonists in order to attract a larger female reading demographic. Michael Connelly’s The Late Show (Little Brown, 405 pages) introduces a lady Los Angeles detective who must fight for gender equality in more ways than one.

Detective Renée Ballard is an attractive single woman and surfer. She has been unfairly demoted and punished because she filed sexual harassment charges against her boss. The men in the department, including her former partner, failed to support her even though they knew her claims were true.

Ballard is assigned to the night shift, or as commonly referred to by the police department, “the late show,” which starts in the evening and goes until dawn. Late show detectives can only pass their nighttime cases to the daytime cops.

When a transgender is left for dead, Ballard wants to make sure the woman gets justice. None of the busy daytime detectives mind when Ballard asks to follow up on the violent crime.

One night, Ballard is called out to a club massacre. She’s present when one of the victims, a cocktail waitress, takes her last breath. As Ballard starts to investigate the scene, the cops who betrayed her push her out.

But Ballard is sharp and a good detective. She knows she can be of help, so they assign her minor tasks. Yet, even the bystanders have a story, and Ballard uncovers information that leads to something much bigger and may possibly uncover a dirty cop and police corruption.

Working during the day and night to find the bad guys, Ballard is motivated to uncover evidence. Some of her fellow detectives believe Ballard is being vindictive and letting her mistreatment cloud her judgment.

As with most professional women, Ballard must work twice as hard as her male counterparts. In order to deter men’s advances, she keeps her look “butch” and says she has “a wife at home.”

Ballard is not without flaws. When she breaks a case and takes down an armed thief, she makes mistakes that could have jeopardized the lives of those there to assist. Instead of recognizing the honest criticism, she’s defensive and resentful.

I liked Ballard as a protagonist and thought author Connelly did a good job staying away from stereotypical roles. Ballard is petit, half Hawaiian and half white. She is basically homeless, sleeping on the beach with her rescue dog Lola during the day. She uses the police department’s locker room to shower and store her work clothes.

When she has time off, she stays with her grandmother in Ventura.

The mysteries Ballard is involved in are fresh. I believed her diligent, intuitive detective work. Nothing was too obvious. The story unfolds in a compelling narrative through Ballard’s hard work and integrity, although she pushes the boundaries and takes risk that may be outside the law.

I want my law enforcement workers to get the “evil” off the streets, but at what cost? Bad police work can set them free. Today, when so many cops are corrupt, solid police work –- the collection of evidence to form a prosecutable case -– is absolutely imperative. However, that is not always easy.

I did wonder if a rogue detective could actually get away with some of Ballard’s antics. But, she’s alone and no one has her back. As a character, Ballard cannot let evil harm more innocent people even at the risk of her own life.

Wouldn’t it be great if real-life detectives, not just the ones in novels, could be so dedicated and willing to risk everything for the sake of stopping evildoers?

Connelly may or may not have been totally aware of the gender theme he was constructing. He lets the story and character live on the page and unfold organically.

I appreciated Ballard’s respect for the transgender character and the stance she took to get those in the department and hospital to care, and to use the correct terminology – “a male who identifies as a woman.”

This is Ballard’s dilemma as well. She is bullied, disrespected and emotionally beat up not just because she has chosen a career path that is dominated by men, but simply because she is female.

As a woman, Ballard is treated less fairly, she is less valued and she is considered less competent. Which is total bullshit, but makes for a compelling read and a character willing to break the rules at her own peril.

I also appreciated that Connelly populates this novel with many women roles –uniform officers, coroners and forensic scientists. The author makes these women believable not weak, stupid, man-crazy or sorority girls.

I have no doubt we will see Ballard again.

How much longer will our patriarchal society continue to dominate women and minorities? How can we stop violence against women? With the help of discerning literature, courageous men, and women’s advancing socio-economic status, hopefully it will end sooner than later.