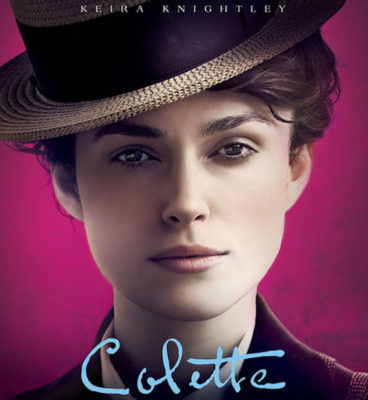 There have been at least a half-dozen variations of Colette’s story on film, beginning with Jean Cocteau’s classic 1951 version.

French screenwriter Colette got her start as a film critic around 1916. She became famous for her novels. Being a screenwriter, she would usually adapt her own work either by herself or with with another writer.

When Willy convinces her to ghostwrite for him, she writes a semi-autobiographical novel about a bold and bright country girl named Claudine that becomes not only a, bestseller but also a cultural sensation. Its success makes Colette and Willy the talk of Paris and their adventures inspire additional Claudine novels. 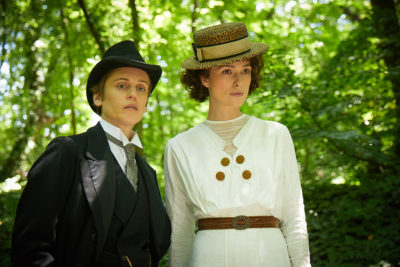 Colette’s fight over creative ownership and gender roles helps her to overcome societal constraints, eventually revolutionizing literature, fashion and sexual expression. She actress and journalist was nominated for a Nobel Prize in 1948.

The sexual inequities depicted remain pertinent in this contemporary-feeling story of a determined female in a world of stultifying male privilege.

Thomas Adès’ rich score enhances this painterly melodrama much smarter than I expected.

Knightley is wonderful in a nuanced performance that may be her best. Wash Westmorland directs with an eye for wonderfully decadent and seedy period detail. Recommended. 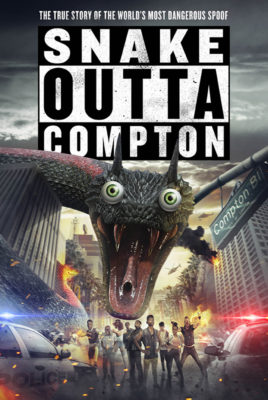 It’s a great day in South Central: Cam and his hip-hop crew are all set to sign a record deal that could radically change their lives. Too bad their jealous friend Vurkel wrecks their plans when he inadvertently creates a gargantuan mutant snake that threatens to not just sidetrack utterly destroy their search for fame and riches.

When the monstrous reptile lays waste to the lovely city of Compton, eating everyone in its path, the young rap group, aided by two corrupt cops, a crazed gangster, and a mad scientist, the band has only one thing to do before getting the record deal they need – get that motherf—in’ snake outta Compton!

Soon Cam, Pinball, Neon and Beez Neez hatch a crazy plan to stop the monstrous, munching menace: blow it away by pumping up the jams!

The box art touts: “The True Story of the World’s Most Dangerous Spoof, “playfully hinting that it’s a sequel of sorts to Snakes On A Plane.

This great looking, nicely crafted and decidedly silly horror comedy is alive with laugh, thrills and dope beats. The talented young cast works well together, convincingly sharing the screen with a surprising effective CGI serpent. Hank Braxton directs with a fine sense of the absurd.

Braxton’s insightful and informed commentary along with that of cast members Ricky Flowers, Motown Maurice and Joston Tommy, is fun and surprisingly engaging. If you’re wondering, yes, the movie fully delivers on the premise and the poster. Lionsgate.