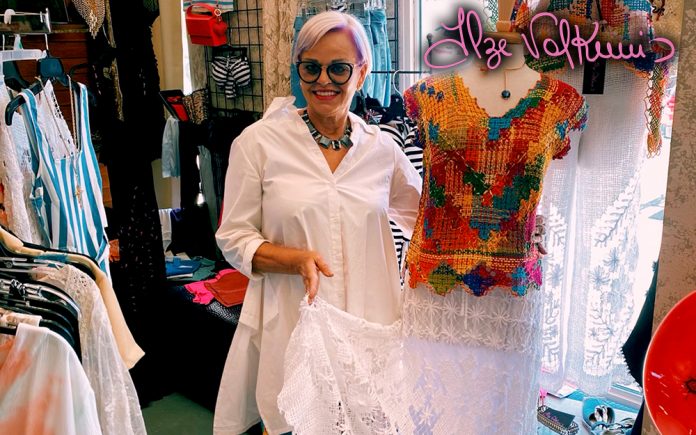 For those looking to find unique style and authentic flare while supporting desert designers, The Shops on San Pablo in Palm Desert has been a local fashion funhouse. The Shops on San Pablo feature a vast array of clothing and accessories just in time for the summer season. A Ribbon Cutting and Grand Opening Ceremony was held in early May by the Greater Coachella Valley Chamber of Commerce, allowing for members and the public to experience the The Shops on San Pablo, while enjoying COVID-safe festivities, live music, and delicious food.

The Shops on San Pablo are owned and operated by Lorie Loftis, who was inspired to join Palm Desert’s initiated San Pablo Pedestrian Corridor Project to create a new shopping experience for the future community core of the city. The Shops on San Pablo also host in-store photoshoot parties where reserved guests can try on clothes from local designers and pose for professional pictures. 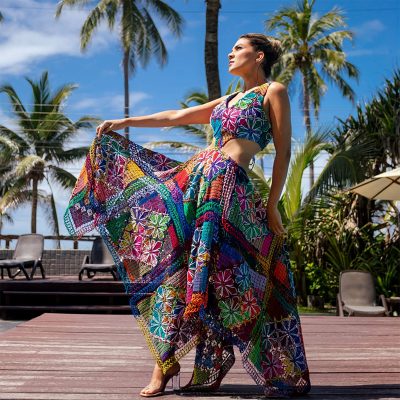 One new designer featured in The Shops on San Pablo is Ilze Volkweis, who is launching her new self-titled fashion line. Following the COVID-19 pandemic, Ilze realized that she wanted to work more with art and incorporate that dynamic into her clothing.

Ilze is a designer extraordinaire who has made her mark from Rio de Janeiro to Los Angeles as a fashion model, costume designer, and wardrobe consultant. Her one-of-a-kind pieces have been sold on the famous Melrose Avenue, and she has worked for a variety of celebrity clientele as a personal stylist and designer, such as Alexis Gershwin and cast members from the hit television series Beverly Hills, 90210. She has even sold her fashions locally on El Paseo and is excited to sell her designs at The Shops on San Pablo. 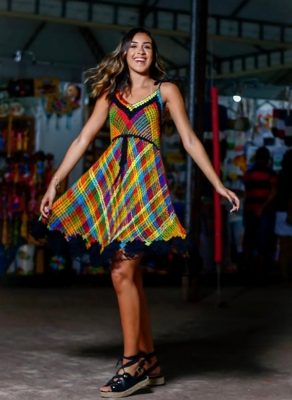 “I wanted to focus on the things I love: art and creation. I felt the need to embrace the natural world and escape from the ‘plastic’ one. I began talking with a wonderful woman named Erika from Brazil to put my fashion line in a new direction, and I came to The Shops on San Pablo shortly after. I am so blessed to be here,” said Ilze.

Ilze’s new fashion line is all handmade and made in Brazil. The intricate design of the clothing originates from European colonization in the 1800s near the Amazon, and is the same technique women would use to make fishing nets out of thread centuries ago. This design method was also used for other home furnishings at the start of the 1900s. It became more popular in the 1980s, where this threading method was used to make clothing. 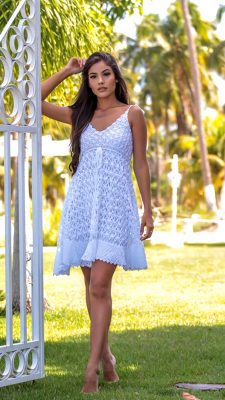 “Erika captured my ideas so perfectly. When I said how I wanted to do something, I never had to explain myself because she already knew what I was talking about. I‘m so lucky to find someone to collaborate with who compliments my vision,” stated Ilze.

Ilze is a go-getter and it is now in this stage of her career that Ilze realizes that every decision and turning point in her life led her to where she is now, and there is nowhere else she would rather be.

“I had so many opportunities to make money and be famous, but I just wanted to be happy. That was my main priority. When I came to America, I was following a passion. I wanted to create my art and design clothes,” said Ilze. 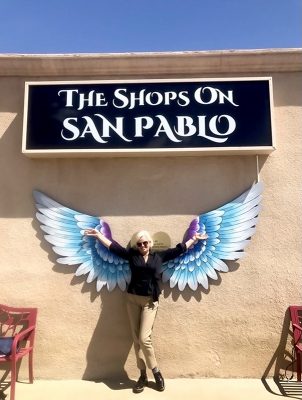 Ilze is very content with her journey so far, and views joining The Shops on San Pablo has a chance to share her love for creating, while also getting to play in her own dollhouse—dressing up clients in the outfit of their dreams and designing her shop just how she likes it.