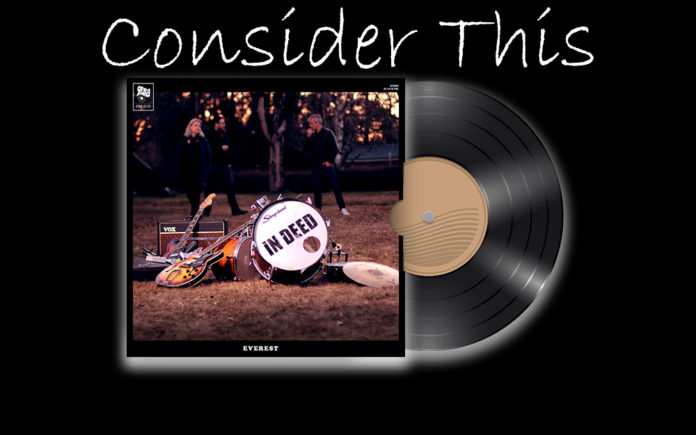 Typically, when one thinks of Swedish Rock N’ Roll, for better or worse, Abba is the band that comes to mind. Even though their initial run only lasted from 1972 to 1982, their melodramatic blend of Pop and Disco has managed to endure, and actually become something of an institution. But back in Sweden, Abba is just the tip of the musical iceberg.

To offset the saccharine angst of Abba, Roxette, Ace Of Base and the Cardigans, Sweden has a thriving Metal scene. It includes myriad permutations like Black Metal, Nu Metal Death Metal, Doom Metal and even Viking Metal. Bands like Bathory, Hammerfall, In Flames and Opeth have enjoyed Worldwide dominion for decades.

Much like the U.S. (surprise), a plethora of musical genres are well represented in Sweden; from the straight-ahead Glam Rock of Europe and Shotgun Messiah, to the guitar pyrotechnics of Yngwie Malmsteen. Then there’s Garage Rock from the Hives and the Hellacopters, as well as the Indie-Folk flavors of First Aid Kit, Lykke Li, Peter, Bjorn & John and Jose Gonzalez. Even Hardcore Punk is represented by Mob 47, Anti Cimex and Millencolin.

The band In Deed seems to have soaked up most of those disparate influences, before they began making music toward the end of the 20th century. Lead vocalist Linda Karlsberg grew up in Norrkoping, loving early U2 and Depeche Mode, drummer Marcus Segersvard lived about a 100 kilometers away in Koping, and was heavily influenced by his older brothers’ record collections.  Guitarists Johan Helander and Richard Ohrn, as well as bassist Jens Siilakka all came of age in Uppsala. Their minds were collectively blown by everything from ‘60s Rock N’ Roll, Classical music, David Bowie, Punk Rock and Hard Rock.

The five-piece came together while attending Uppsala University in the late ‘90s. Linda posted a notice on campus, seeking like-minded musicians, and the line-up quickly coalesced. They settled on the In Deed Moniker because they appreciated its inherent ambiguity.

Linda had already written a handful of songs, and the band started woodshedding in earnest. Local gigs followed, and soon Richard and Marcus began contributing new songs. Once they established a following in Uppsala, they branched out, playing throughout Sweden, then Europe and the U.K. A publishing deal came first and then the band signed with a Swedish label, Dead Frog Records.

In Deed’s Apologize EP arrived at the dawn of the 21st century, their first full-length album, At 4000 Meters arrived a year later. For the next few years they continued to tour and write songs. But to paraphrase John Lennon, life began to happen while the band was busy making other plans. Kids and family life intervened. In Deed didn’t break up, so much as press the pause button.

Fast-forward a dozen years and the band reconvened with new songs and fresh perspectives. The stars had aligned, everyone adjusted their schedules and they returned to the recording studio, the result was their new album, Everest.

At the same time, In Deed was creating Everest, they came to the attention of Big Stir record label. The Burbank-based indie has made quite a um, stir, by championing artists like Plasticsoul, the Condors and Spygenius; groups that had previously gained some traction by self-releasing their own stuff. Adding In Deed to their roster has given the Swedish band an American presence.

The album kicks into gear with “Another Start.” Slashing guitars collide with ascending bass lines and a rock steady beat before downshifting to jangly acoustic riffs. The melody and arrangement leapfrogs from Punky aggression, to chiming Power Pop to an ornately Baroque coda. Cresting over the calibrated chaos, Linda’s vocals are equal parts supplicatory and sanguine as she contemplates jumpstarting a doomed relationship.

The dayglo New Wave crunch of “What Once Was.” is anchored by stuttery electric guitar, brawny bass lines and a tick-tock rhythm. Lyrics rail against the allure of false nostalgia; “I think our time has past, soon this will end at last.” But there’s some self-doubt baked into this stoic declaration;

“Looking back, 13 falls and after all, all I see are fantasies and wannabes/I’m begging please come back and get me.” Nevertheless, the melody and instrumentation are full-steam ahead, from the sustained piano chords and hard-charging guitars to the breakneck beat.

Two songs display the band’s affinity for late ‘60s Garage Rock. Guitars growl over prowling bass runs, spine-tingling keys and a walloping rhythm on “Heart Attack.” Linda’s mien veers from pleading to petulant to pragmatic as confronts an indifferent lover; “You should know what it feels like trying, getting through your door to the perfect world inside/You should know what it’s been like sighing when I see you’re bored, thinking what excuse to find.” Even as she attempts to keep her cool and maintain her dignity, the musical maelstrom of fuzzed-out guitars and chilling keys tell a different, more desperate story. The track manages to subtly echo antecedents like the Byrds’ “Eight Miles High,” Buffalo Springfield’s “Mr. Soul” and even Blue Oyster Cult’s “Burnin’ For You.”

Blistering guitar riffs connect with boomerang bass lines and a brittle back-beat on “Never Really Noticed.” The take-no-prisoners instrumentation mirrors the eviscerated emotions that accompany a break-up; “Time and space is all I need, watch this body bleed, is it love or lust that keeps us on the edge of a knife/I can’t stand all of this blood, still it tells me I’m alive, time and space is all I need, I don’t want this love anymore.” Shuddery organ notes and shards of feedback-y Guitar underscore the quixotic sturm und drang.

Three tracks give the Garage a Power Pop sheen. If the Raspberries and the Who ever hooked up with the Shangri-Las, it might sound a bit like “Don’t Need, Don’t Care.” Girl Group harmonies glide over Sinewy guitars, quavering bass and a hand-clap rhythm. Lyrically, the tables have turned and Linda assumes the role of heartbreaker; “I don’t need half of your confessions, I don’t care if I’m the one you dream of.” This brutal kiss-off is leavened by a sun-kissed guitar break, pounding drums that hug the melody’s hairpin turns and a jingle-jangle fade.

“I’m Alright (When I’m With You)” blends strummy acoustic arpeggios with fleet electric fretwork, thrumming bass and a galloping rhythm. For once, the buoyant melody is matched by equally airy lyrics; “Yeah the sun is up to shine another day, and my darkest fears have melt and gone away.” Phew! A moment of emotional synchronicity.

Finally, there’s the Paisley flutter of “Fantastic.” Gossamer guitars wrap around angular bass lines and a cantilevered ¾ beat. Phased piano notes tip-toe behind glazed vocals as lyrics attempt to parse the pleasures and pitfalls of a one-night stand. A gently weeping guitar solo on the break gives the song some serious ache.

Other interesting tracks include the Psychedelic swirl of “Over And Over.” Flickering guitar notes cascade over sidewinder organ, tripwire bass and a see-saw beat. Blasé vocals underscore this succinct romantic post-mortem, as Linda admits “I was sorry for a while, then blunting did prevail me, now emptiness will snowball, like the worst taste in your throat, over and over.” There’s also the jagged frenzy of “Song For You” and the bristling Punk Rock pogo of “Flavour Of The Month.”

The album closes with the restless farewell of “15 Minor Hours.” Downstroke guitars are buttressed by rippling castanet-like percussion, spooky organ notes and maybe a hint of accordion. As a planned assignation goes off the rails; “15 hours later…waiting like a waiter,” guitars rev and sputter and (in the immortal words of the Pretenders) lust turns to anger. It’s a bittersweet end to a rollercoaster ride of a record.

In Deed has managed to synthesis a plethora of influences and the result is a wholly original sound; sweet and tart, rough yet refined, opaque and uncluttered. With Everest they pick up exactly where they left off, seemingly without skipping a beat. (No umlauts were harmed in the writing of this column).