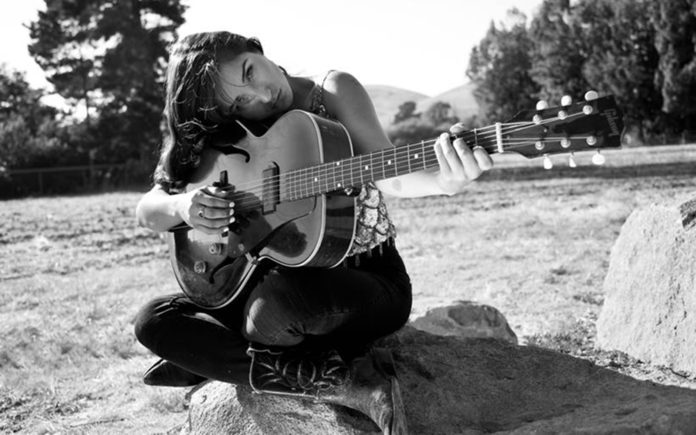 When Christine Marie Ness, wife of Social Distortion’s front man, Mike Ness, heard singer/songwriter Jade Jackson perform a rough set in San Louis Obispo, California, she messaged her husband immediately.  A week later, Mike Ness called Jackson and asked if she wanted to make a record.  Jackson and Ness would produce pure gold with her debut album, Guilded, on Ness’ own label, Anti Records.  With their deeply rooted love for Hank Williams and Johnny Cash underlying their mutually lyrically poignant writing styles, Ness would become more than a producer to Jackson; he would became a mentor and friend.

Serendipitously, it was a Social Distortion concert that gave a shy, introverted, preadolescent Jade Jackson the undeniable vision to become a performing artist. “I was standing in the back of a loud and boisterous punk rock crowd.  As soon as Mike Ness walked onto the stage, the crazy loud room went silent.  I thought to myself, ‘Whoa, what’s that? I want to do THAT.’ As shy and awkward as I was, once I discovered performing, it helped all that melt away.”

A consummate observer, Jackson’s song writing has an Americana voice with a punk rock ethic.  Her’s is a no frills, organically authentic style that delivers a gentle fist through the chest, massaging painful truths into the heart with poetic ease. It’s breathtaking in its simplicity, naked and uncomplicated, as is her vocal style.  Her voice is a stand-out, smoky sweet honey drizzle, causing you to believe everything she sings.  She’s not singing, she’s bleeding, like someone accustomed to pain for 100 years, and is relaying it without fear or effort.  Her penned wisdom and perspective are far beyond her years. 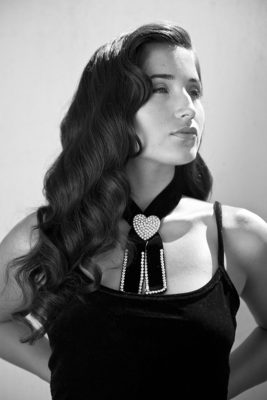 Jackson, now 25, admits she is still growing into the songs she’s been writing over the last ten years. It was a severe spinal injury, and the accompanying grueling pain of recovery, forcing her to put her life on hold, that cracked open an even deeper ability to identify with her own songs.  “I had been writing songs for 7-8 years; it was all I wanted to do or did.  I had a lot of songs, and most of them were pretty depressing.  They were about the darker side of life – songs that came from watching a woman cry at a bus stop as I sat on the city bus going to school. But I never experienced true anxiety or pain until after the accident, not because I broke my back, but because of the medication they had me on. I’d never experimented with drugs as a kid, but now they had me on Dilaudid and Percocet… there were so many different pain killers.  I quit cold turkey, which I shouldn’t have done, but I saw myself becoming very dependent on them. The result was the craziest depression I’ve ever experienced. It took me two years to get through that. The cool thing, if you can call it cool, is that afterwards, I would go back and play these songs that I wrote when I was 15 and 16 years old, and I could relate to the characters in my songs better.  That still happens to me now.  Even songs from this new album.”

“The greatest challenge in my life right now is balancing the creative and the business sides of music.  I have so many songs and albums I want to put out, but it’s all about timing and marketing. Until I got signed, I didn’t truly understand the dynamic.  When we wrote Gilded, we had to wait over a year before we could put it out.  Meanwhile I am writing every day.  I feel like I have all these songs piling up and it’s causing some anxiety because I want to put them out, but the album cycle can take up to 3 – 5 years.  This is just part of cutting my teeth in this business.  I’m in the grinding stage.  I’m in a van with a bunch of dudes, and I’m taking whatever opportunities I can get. But I’m doing that to get where I want to go, with this crazy vision of being able to say, ‘Hey, I want to put out three records this year,’ and they’ll say, ‘Cool!’”

Jackson and her band will be sharing the songs from her album, Gilded, at Pappy and Harriet’s on February 21st, but be ready for some other surprises.  She tours with the band she put together herself.  They are all friends from her small town neighborhood, a move that met with some resistance from the label and pressure to bring on more experienced players from LA.  “Once the label heard how good they were and saw our chemistry on stage, they were all on board.”  However, most recently, Jackson was faced with a band member change when her guitar player quit.  “We had 5 years of 4 rehearsals a week.  It was heartbreaking. It was worse than any breakup I’d ever gone through.  He was my brother. Tour makes you so tight and is such a condensed way of learning life lessons that just really hit you in the face.  My sister told me that everything happens for a reason, but at the time I was crying, ‘NOOOOO!’ We’d been looking for a guitar player for about a year when Julian Ness, Mike Ness’ son, jumped on board. It has turned out to be a very cool thing.  Julian brings a new energy and great vibe to the band.” 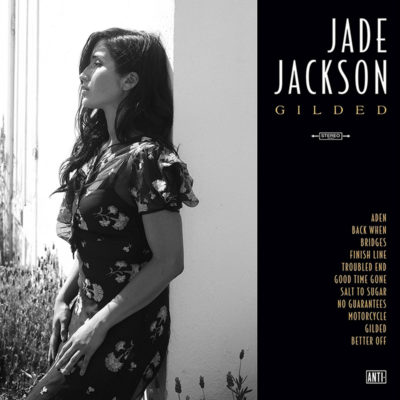 While her album, Gilded, and its title song are aptly named, the album and its artist are more than gold leaf or paint covered beauties.  Jade Jackson is an authentic, fire tested gem whose worth is still in the process of being fully determined.  You will want to be part of this journey.

For tickets to see Jade Jackson on February 21st at Pappy and Harriet’s, go to www.pappyandharriets.com/calendar/