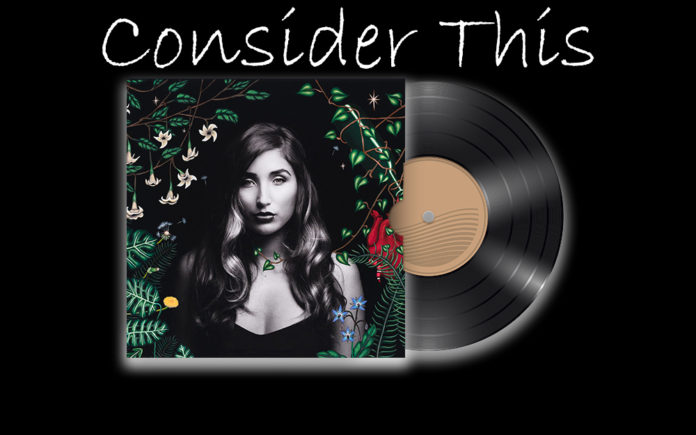 Jade Jackson is being hailed as the next big thing and for once, the hype is real. The 27 year-old has just released her second album, Wilderness, and it seems destined to land on a number of Top 10 lists by the end of 2019.

Along with her older brother and younger sister, Jade was raised in the rural Central California towns of Los Osos and Santa Margarita, about 30 miles east of San Luis Obispo. Although her restauranteur parents weren’t musical, they were true music enthusiasts. Her dad had an enormous record collection and music always played in the house.

She completely fell in love with Tom Waits, as well as poetry and story-telling. Her parents’ managed to eschew technology like television and the internet, compelling their kids to create their own fun. A bit of a loner, Jade holed up in her bedroom, writing songs on her guitar. At age 13, she received the green light to attend her first show sans parents. Social Distortion was playing in San Luis Obispo and she experienced an epiphany or sorts, deciding then and there, she wanted to make music a full-time vocation.

She made her bones playing in a local coffee house every Sunday. She’d already amassed hundreds of songs and could play for hours without repeating herself or resorting to covers. Her talent and commitment were quickly recognized, by the time she was graduating high school, she had been accepted into Cal Arts’ prestigious music program.

Midway through her first semester she went on a hike in Sand Canyon, while leaping from a rope-swing she fell 15 feet landing badly on a rock. Her injuries included shattered vertebrae, a ruptured coccyx and slipped discs. She was told she might not walk again, and allergies to certain medications resulted in seizures.

Once she was out of the hospital, she relied on a back brace and a wheelchair. She also realized that she had become too dependent on her pain medications, so she quit cold turkey. This triggered severe depression that lasted a while, and she briefly struggled with an eating disorder. She has described her state of mind during this period as “suicidal.” Needless to say, she wasn’t feeling very musical.

Slowly, she began to finding her way back. About 18 months after her accident, during a break from school, she began jamming with neighborhood pals. That seemed to reignite her passion for writing and playing music. It was around this time that Christine Ness became a fan.

Jade’s mother had known Christine, wife of Social Distortion front-man, Mike Ness, since high school and the friends had remained in touch. Christine persuaded Mike to see Jade perform and he ended up becoming a mentor of sorts. One of his first suggestions was that Jade acquaint herself with Lucinda Williams’ seminal Car Wheels On A Gravel Road record. After listening to her self-recorded demo, he offered to produce her first album.

She signed a deal with Anti- Records, home to Tom Waits, Neko Case, Merle Haggard, Mavis Staples and Jeff Tweedy. Jade’s debut, Gilded, arrived in May, 2017. The cognoscenti took note, critics swooned and her music went into serious rotation on Sirius XM’s Outlaw Country channel. She went on the road opening for Social Distortion, increasing her fan base, one crusty, tattooed Punker at a time. Social D.’s sound has filtered in trace elements of Country since the early ‘80s, so the double bill felt like a perfect fit.

In between tours, Jade could be found back at the family restaurant, waiting tables and scribbling song ideas during her down-time. She secured a slot at the 2018 edition of Stagecoach and filmed a video at Pappy & Harriet’s Pioneertown Palace. She returned to the studio and once again, Mike Ness handled production. The result is her glorious sophomore effort, Wilderness.

The album kicks into gear with the infectious first single, “Bottle It Up.” Jangly guitars and a propulsive back-beat are shaded by mournful pedal steel and swaggering electric riffs. Jade’s vocals are supple, yet flinty as she cautions an overzealous suitor; “Bottle it up, the way we feel right now, whenever I get lonely, gonna drink a little down/Bottle it up the way you’re holding me, if ever I get

lonely gonna poor myself a drink.”

See, contrary to Kris Kristofferson’s assertion that “Freedom’s just another word for nothing left to lose,” it’s something very different (50 years on) for a young woman trying to find her way in a cutthroat, man-splaining industry. Love is a luxury; “I cross my heart, I don’t need a man’s hands to open the jar where I’ve captured and kept safe the things that I’m willing to share with you babe.”

Artistic and emotional freedom were the overlapping themes on Gilded, but she still managed to keep the listener at arm’s length. Here, tracks like “City Lights” and “Loneliness” dig deeper and feel more personal. The former is anchored by boomerang (nearly New Wave-ish) bass lines, a whip-crack rhythm and stinging electric riffs. But scratch beneath the dayglo surface and painterly lyrics conjure up feelings of paralysis-emotional and otherwise- that gripped Jade following her accident. There was before; “last thing I remember..” and aftermath; “I can’t feel my fingers, breath swirls up like smoke, clouds draw back like curtains I’m ready to let go.” Despite the buoyant melody and instrumentation, she asserts “control can be an illusion.”

On the latter, shuddery keys and rippling arpeggios expand and contract coloring the spectral mood. Here, the yearning feels palpable as Jade confides “When I was younger, days were brighter, oh how fresh paint fades/Now I’m a little bit older and a little less brave.” Sometimes even the most picture-perfect relationship has cracks in the façade. Spiraling guitars glide on the break as the chorus repeats; “How come loneliness is something we don’t talk about, broken promises, hardly ever spoke aloud/I can’t do this anymore, is my heart worth fighting for?”

This album is brimming with great songs, but three stand out from the pack. Shimmery acoustic guitar is buttressed by lush organ latitudes on “Dust.” First person lyrics cut to the quick, telling the all-too-familiar tale of an abused wife trapped in a loveless marriage for the sake of the child. As someone had predicted, the narrator finds herself “knocked up at 21,” chained to a life of quiet desperation. Bramble-thick electric guitar is enveloped by lonesome pedal steel and diminished piano chords as She considers escape. But the sad reality is she’s stuck; “Yeah, maybe he’ll kiss me before he says goodbye, and I will wait to hear the sound of his old Ford before I cry/The Dust is dancing still so weightless, so free, everything I know I’ll never be.”

Jade’s affinity for Punk is evident on “Now Or Never.” Although the lyrics depict a stealthier form of emotional abuse, the character she embodies here seems less inclined to suffer fools. Over rattling power chords, search-and-destroy bass, spooky keys and a punishing beat, she snarls an ultimatum of sorts; “I don’t wanna wait for somethin’ real, like a thief with nothin’ to steal/Fool’s gold fills an empty chest, broken love and bitterness.” A sinewy guitar solo on the break underscores her resolve.

On “Multiple Choice” the old love vs. career conundrum rears its ugly head. (Funny, how that’s never a consideration for men). Vivid imagery like “Your skin is dappled in the dark leaves, shadows cast by the moon behind the trees/Windows cracked, lets in a cool breeze, wondering what the hell’s come over me” are bookended by reverb-drenched guitar, stately piano, tensile bass and a propulsive rhythm. The dilemma feels resolved by the chorus; “Should I follow my dreams or follow my heart, how you’ve torn them both apart/Should I follow my dreams or follow my heart, and I’m hopin’ that you won’t be woken when my engine starts.”

James Brown may have proclaimed it a “Man’s Man’s Man’s World,” but in the 21st century, Jade is ready to upend the patriarchy. On the shaggy lament of “Long Way Home,” she’s traversing a lonely road, but she’s doing it on her own; “Nine times out of ten, I’ll take my own cab home, thank him for the drinks and spend the night alone.” Intertwined guitars almost temper this hard-won Revelation; “Love is just a liar by another name, lust is just a fire I’ve been trying to tame/I fuel it if I must but keep the heat contained, it’s the winds inside my heart that fan my flame.”

Despite sugary guitar riffs, a snap-back beat, and her sweet as molasses tone, “Tonight” makes it clear that no means no; “I’m confused, but that don’t take away my right to refuse, if you let me choose, I wouldn’t do something I don’t want to do.”

Other interesting tracks include the bristling attack of “Wilderness,” the piquant post-mortem of “Shiver” and the insanely catchy, “Don’t Say That You Love Me,” which was written By Mike Ness. The album ends on a defiant note with “Secret.” Sparkly guitar licks lattice over roiling bass lines, a walloping backbeat and double-tracked harmonies. Jade’s powerhouse delivery nearly blunts the lyrics’ quiet introspection; “I looked inside and saw that I was empty/I vowed then to cash in any chips that stacked against me, and all, all the walls inside me fell down, I don’t want my bones to be buried in this town.” It’s an urgent and almost mystical declaration of independence.

Jade Jackson manages the neat trick of wearing her heart on her sleeve while holding her cards close to her chest. On Wilderness she was ably assisted by her band, drummer Tyler Miller, guitarist Andrew Rebel and bassist Jake Vukovich. Additional musicians included David Bragger on fiddle, David Kalish contributing Hammond B3 colors, Matt Pyn on pedal steel and her younger sister, Audrey Jackson, who added backing vocals and created the album’s artwork. Of course, producer Mike Ness pulled it all together.

Recently, Jade accompanied by guitarist Julian Ness, played a set at Pappy & Harriets, opening for Foo Fighters’ guitarist (and acclaimed solo artist), Chris Shiflett. They pretty much killed it. Soon the whole world will know what the audience discovered that night; Jade Jackson is the Real Deal.