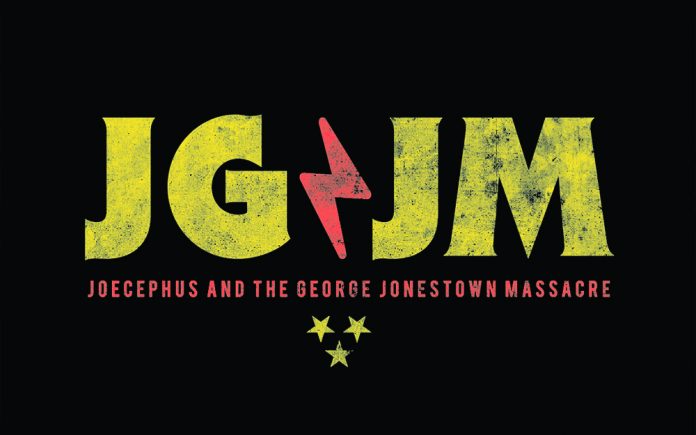 Hailing from Memphis, Tennessee, Joecephus and the George Jonestown Massacre are the unmistakable link between Merle Haggard and Motörhead. The Hard Rock/Punk/Country/Metal group reminds me of a heavier Blues rockin’ Pat Travers. I recommend Terminally Hip and Tombstone Blues off of their album Death Rattle Shake (2018) to get a feel for their influential strain of mid-southern Blues Rock and Roll.

JGJM will be performing at The Hood Bar and Pizza on Friday, March 13, 2020, as part of their U.S. tour. Providing support at The Hood is Robbi Robb & Friends including special guests Arthur Seay on guitar (House of Broken Promises, Unida, Death in Pretty Wrapping), Robbie Waldman on vocals and guitar (Waxy), Bri Cherry on violin and Noe Gutierrez on vocals to name a few! Robb is the intensely influential South African musician who now lays his head in Joshua Tree with his radiant wife and fellow multi-instrumentalist Amritakripa. Robb is also the luminous leader of the bands Third Ear Experience with Doug Pinnick (King’s X), Mike Hansen (Hurricane) and Amritakripa, and renowned rockers Tribe After Tribe. 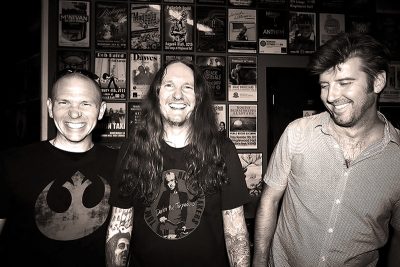 JGJM are ready for a full auditory assault in any venue that can take it, including The Hood Bar and Pizza. Exhibiting a tireless work ethic, the band has played Honky Tonk venues as well as Punk/Metal clubs throughout the United States. They have created a unique style by mixing Outlaw Country sounds with Rockabilly rhythms in combination with Hardcore Metal drumbeats, blurring the boundaries of Country, Metal, and Punk. Featuring members who come together from a prestigious list of some of Memphis’ finest bands, this is just the beginning for a band that will be tearing shit up for a long time to come. Do yourself a favor and experience the electrifying energy of JGJM when they roll through the Coachella Valley.

Coachella Valley Weekly spoke with ‘Joecephus’ himself for an exclusive interview.

CVW: You’re supporting the mighty Thor on some of these dates. How is the tour going so far?

Killingsworth: “We are only three days in but so far, so good. Last night in Denver, CO with Thor was awesome! Great crowd and great show!”

CVW: Your ode to Lemmy, WWLD, is epic. What about Motörhead inspired/inspires you to be influenced by them and are we missing that influence in Rock music now?

Killingsworth: “Thanks, They paved their own path by doing their own thing and influenced a generation while they were doing it. His presence is very much missed. The underground is still keeping his spirit alive.”

CVW: What would Lemmy do about the coronavirus?

Killingsworth: “Nothing! The coronavirus would know better to mess with the mighty Lemmy!”

CVW: Given your band name, the title and content of your songs and your apparent zest for life, how much do you take yourselves seriously?

Killingsworth: “Not very much, we are just lucky to be able to tour and have a good time playing music and hopefully everybody has a fun time at the shows.”

CVW: There is so much Blues in what I have heard from JGJM. When, where and how was that instilled in you individually?

Killingsworth: “Coming from Memphis, TN, the Blues is just in the DNA for all the bands coming out of the area. It just happens naturally.”

CVW: Other than Robbi Robb, do you have any other ties to the Coachella Valley/High Desert area?

Killingsworth: “None, except loving the bands that have come out of the area.”

CVW: Tell us more about your connection to the incandescent Robbi Robb.

Killingsworth: “I have been a fan of Tribe After Tribe since the early 90’s when me and my bud used to listen to ‘em all the time. Fast forward to a year or so ago, my day gig is booking agent and I ended up working with Robbi booking some tours for him.”

CVW: What do you know about Robbi that he wouldn’t like for us to know?

CVW: What should attendees expect of your show at The Hood expect from JGJM?

Killingsworth: “A good time and a bad-ass rock show!”