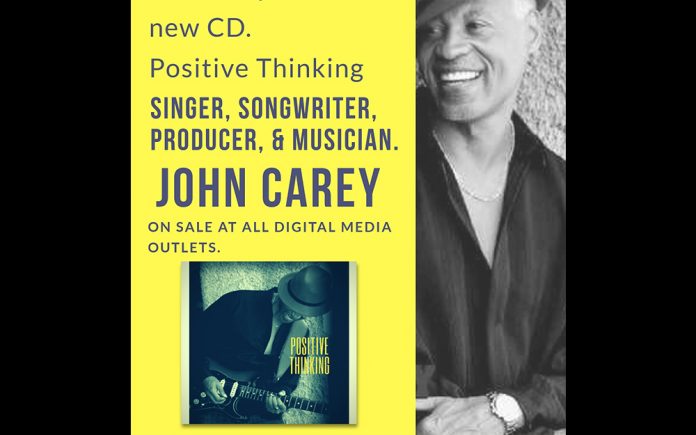 John Carey may not currently be a resident of the Coachella Valley but the man has left an indelible mark on our collective hearts forever. He is the first to volunteer his talent and time as well as encourage younger generations to pick up an instrument. He has donated multiple guitars to numerous students throughout the desert. 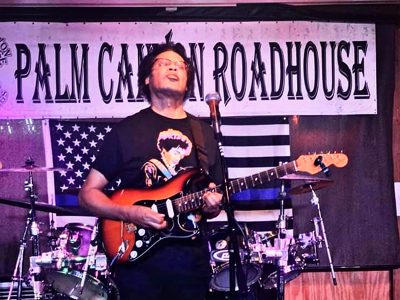 The gracious multi-instrumentalist, producer, singer and songwriter released his most recent album, Positive Thinking on October 20, 2020, on all major music platforms. The album is a Jazz, Funk and Rock flight of fancy that takes you on a tour through Carey’s sweet-sounding repertoire.

With over 40 years in the business his music has been heard all over the world. He has produced three #1 songs and five top ten songs in the United Kingdom. 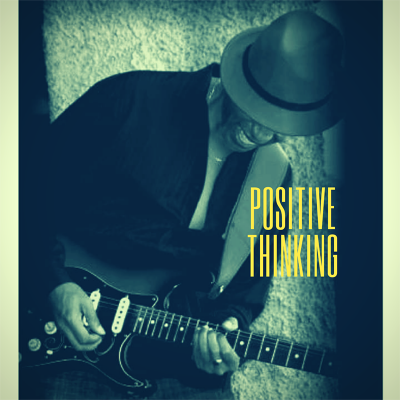 Please check out Positive Thinking on Camp Records Int. on all digital media platforms. You can also order a signed copy from Carey at johncareyinfo@gmail.com.

Below is the Coachella Valley Weekly review of Positive Thinking:

Self-assured and hooky ‘A’ Section. The electric keys, bass line and vocals loom over the rest of the music. There are plenty of songs that describe the feeling you get when you see a beautiful woman. It’s never unfashionable to make beauty known. “so electric whenever she pass by…turnin’ heads of a million men”.

Hold On is another positive composition from Carey. It includes more of his prevalent and signature guitar sound. Given Carey’s life struggles, I can imagine he’s singing to himself as much as he’s delivering a sermon to his listeners. “Open up the door and walk on in…hold your head up high…as long as you try”. We also get to listen to him play a little Spanish guitar.

When Carey introduces himself and asks you to dance, you say YES! This is his interpretation of Smooth Jazz at its best. A slower tempo ballad brimming with its own idiomatic devices. The keyboard solo keeps the song’s integrity intact and lengthens to 5:11 of sustained swaying.

A magnificent acoustic intro from Carey leads to what sounds like voices from heaven, “Walking in faith is all I want to do…the rest is up to you…you turned my life around….I’m standing on solid ground”. Whether you believe in a Higher Power or not, you will be enlightened by this song. I’ve never heard Carey sing so deeply. The sax solo is outstanding.

Positive tempo to guarantee a great day and to remind us that our attitude dictates everything. The song represents a constructive mental outlook on obtaining happiness. The keys/horns are reminiscent of the Earth, Wind & Fire sound. More great showing off from sax-man Thomasson. In a world of strife, let’s declare, I’m So Happy.

Wish You Were Here is the punctuation mark of the album for me. The only instrumental on the album, Carey gives you his whole heart through six strings. His fully-plugged Santana/Neal Schon sound showcases the Rock and electric side of Carey that can move you as much as his Jazz side.

A “Jazzier” version of the perpetually optimistic song. More of everything elevates the song even further.