Friday, May 11, 2018 appears to be National Josh A. Fimbre’s Day. The valley’s finest musicians will assemble at the Red Barn at 73290 Highway 111 in Palm Desert to celebrate the multi-instrumentalist and CV Hip Hop ambassador. Presented by THR3 STRYKES and Coachella Valley Weekly, the show starts at 9 p.m. and is FREE! Performing live are: THR3 STRYKES, CAKES, THE AFTER LASHES, CHELSEA+BOBBY and SONSTORMER! Included in the evening is a “surprise guests” jam with Josh. Throughout the evening the THR3 STRYKES camp will be shooting a video for their song “Homie Hopper”. 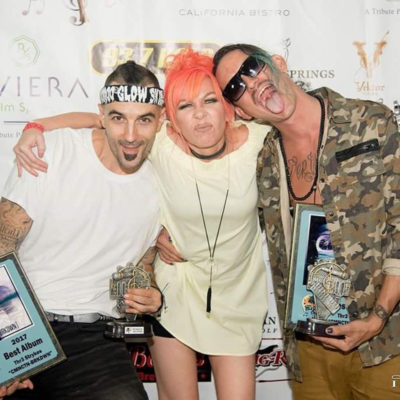 Coachella Valley Weekly asked Josh to share about his vision for the night. “I wanted the lineup to be diverse and dope, and they’re all friends of mine. I definitely went for the lady vibe too; groovy artists that are fun to watch, not the same ol’ shit. We have a couple surprises in store. We always dig that you never know what’s going to happen element. Strykes shows can turn into a frenzy.”

Coachella Valley Weekly asked several of Josh’s friends and family to give us their best understanding of the young man with many talents and to heckle him a bit.

“Josh is a talented-guitar screaming-drum pounding-songwriting lunatic. My homeboy Angus or the name saved in my phone, “DINGO BLAST,” speaks his own language so you might not understand him but he’s probably smarter than you. He’s probably somewhere listening to Van Halen or reading something on his way to happy hour for that liquid diet which keeps his figure so tight. All in all, he’s why the music comes out dope.”

“I actually met Josh before I even knew his brother Jake and instantly felt that he was the older brother I always wished I had. Little did I know, soon after working together on a THR3 STRYKES record, he would actually become my family. Josh drives you crazy sometimes but without him, life is dull and a lot less interesting. I couldn’t be happier to know him and love him.” 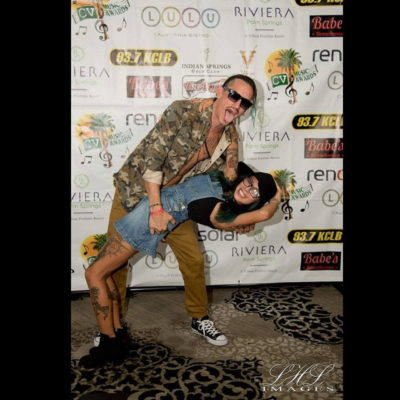 “Josh was born in the wrong era. Don’t ask what era he should have been born into because I don’t think the appropriate one has come around yet. He was the perfect older brother for me growing up, whether it was teaching me Nirvana’s ‘Lithium’ on guitar, introducing me to marijuana for the first time or showing me what not to do, i.e. get into our dad’s Jimi Hendrix box set, after being warned many times not to and eventually being kicked out of the house for doing so, no joke, kicked out of the house. If you ever wanted to ignore the stresses of life for a few hours, hang out with Josh. He reminds you to appreciate the little things like good company, good music and a couple of drinks, well, maybe more than a couple. I guess if you decide to hang with Josh take an Uber and expect never to be in control of the music. Either way you’ll have a good time. For me personally I stopped being impressed by his musical talents a long time ago, you get used to it. It’s his overall love for music that is impressive to me. He has more fun in a corner by himself with a few drinks and iPod then most people do at a club on a Friday night. There is something profoundly reassuring about a dude who doesn’t run from the spotlight, but at the same time doesn’t care if there is one. His spirit animal is a combination of David Lee Roth and Sammy Hagar, you truly get the best of both worlds when it comes to Josh. But every rocker gets older and it catches up with all of us, even Josh, who recently fell asleep at a club in Vegas waiting for the band to start, I call it a rock n roll siesta.”

“I seriously couldn’t think of a damn thing to roast him about, got too much damn respect for my guy. Josh is one of a kind, signature! I’ve known him for about 20 years now and he hasn’t changed one goddamn cent; a prophet of the “Rock” Gods, a lifer, someone that’s always done what he wants to do musically without a second thought about what anyone’s gonna think.  Whether my dude’s pounding the drums, rippin’ the guitar or blaspheming the mic, it’s done in the true spirit of ROCK ‘N’ F’N ROLL, without an ounce of compromise!”

“Josh is a creative and old soul. He loves this valley and has supported the people, music and artists for over a decade As far a roast, I talked to Hall and you can say that he supports your local happy hour, lol!”

“There are only two people who have known Joshua longer than me, Wendy and Carlos Fimbres, Josh’s parents. Angus is my little brother. I’m in awe of his musical talent and creative nature. He’s one of the coolest cats I know and if you’re lucky you might see us do a scene from Growing Pains as Mike and Carol Seaver. Show me that smile agaaaaain…….. He’s my fave Josh everrrrrrr xoxox”

“The first time I met Josh was back in the early 2000’s. I remember thinking, ‘Who is this crazy white boy?’ We had similar musical interests and stayed friends even though I don’t understand half the shit he says when he raps or talks (insert wink emoji here). We vibe and he’s not bad to look at either.” 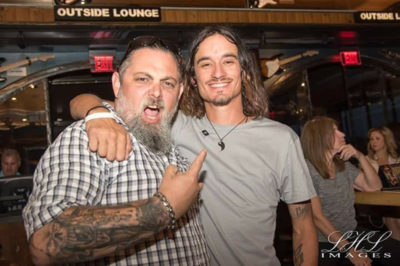 “Fimbres is one of the coolest dudes I know. Always chill and always about the love and the music and the love of the music. Can’t wait to celebrate your birthday with you my friend!” Tracy

“What isn’t there to say about this bad mamajama. From the moment we took our 1st whiskey shot together it was on like Donkey Kong. I love you dogg !! (Even if you do need to learn how to shoot whiskey like a man !!!) Haaaa. All kidding aside I got mad love from you bro.” Philthy