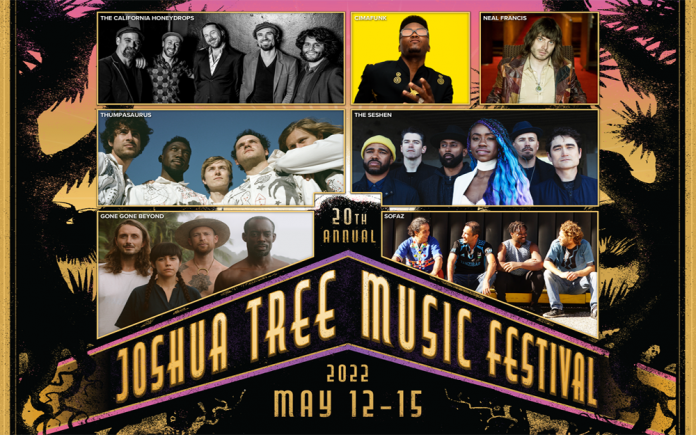 From May 12-15, the much-anticipated Joshua Tree Music Festival returns with an eclectic line-up of performers, an intimate setting, and unforgettable concert experiences set against the beautiful Hi-Desert scenery. This four-day, twice a year experience has been affected by the pandemic. Last October’s festival had only a thousand attendees as opposed to the regular three thousand of previous years. This year’s Joshua Tree Music Festival is expected to draw in 1,500 attendees and founder/organizer Barnett English is anticipating a memorable festival season.

“We didn’t have a festival in 2020, and last season we had a scaled down version. People were sweeter than normal and kind. I hope we all stay this grateful and happy. Being able to have a festival without being separated from each other is something to celebrate and not take for granted,” said English. 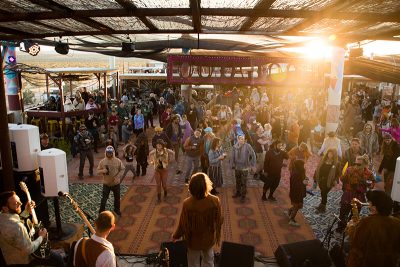 Barnett has traveled to, attended and worked at over 650 camp-out music festivals since 1993 with his organic espresso café, JavaGogo. On a whim, JavaGogo came to the Joshua Tree Lake Campground in October 2002 at the JT Didgeridoo Festival. After seeing the surroundings, Barnett thought it would be a good location for a music festival.

That same week, a stranger invited Barnett to his birthday party, which consisted of two hundred people dancing around a bonfire. That was when he found that Joshua Tree was populated with outdoorsy, creative, DIY artist-types and radically unique individuals. Within six months, Joshua Tree became his home and the inaugural Joshua Tree Music Festival took place on April 11-13, 2003. 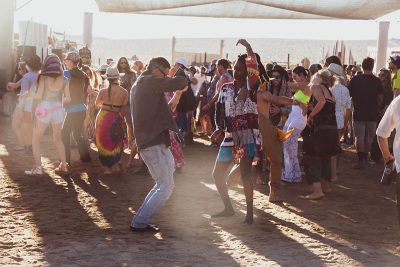 The festivals are family friendly events, creating an audience of all ages. The eclectic line-ups draw a diverse crowd of discerning live music fans who love the outdoors. Additionally, the Joshua Tree National Park is one of the premier rock climbing destinations in the world with two million visitors annually. The festival is an experience where groups of families and friends come once or twice a year to truly commune, revel and bond. 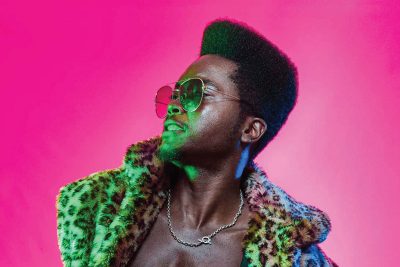 The festival features two stages, a world market, and organic food purveyors in the section of the music bowl. Live music alternates continuously on two stages in one area so attendees do not miss a performance. More than 35,000 square feet of shade cloth flies over head for comfort and the one-acre oval lake area is surrounded by amazing visual art installations, Kidsville, Playshops, the shaded Yoga & Healing Stage, shady nooks, and funky vignettes. 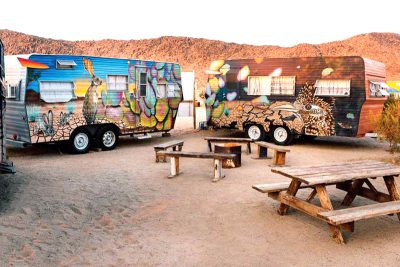 “I’m a real music junkie. I’m always looking for my new favorite band or artist. I love seeing people’s reactions to the music and discovering new artists. We want to make a diverse and global line-up. Artists like the AfroCuban artist Cimafunk. They always have a high-energy, super fun show, singing in three different languages,” shared English.

Cimafunk has made a name for himself, performing an electric live show with his nine-person band from Havana. His debut album Terapia (2017) and especially his eclectic lives shows have conquered a multitude of audiences from Havana and New York to Madrid and Paris. 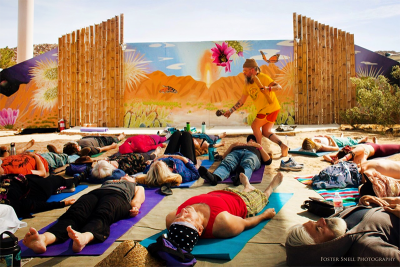 ”I think it’s my first time playing in the desert. I’ve played on the beach, in cities, in the mountains, even on boats, but I’ve never played in the desert. So that’s cool for me. I also know it’s a really dope crowd – lots of good people with the groove. That’s what my tribe and I love, playing in front of groovy people that like to have fun. So it’s going to be a party,” said Cimafunk. 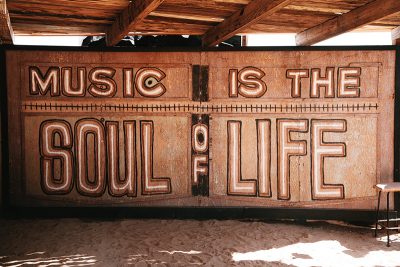 Cimafunk’s second album El Alimento was released in October 2021, receiving overwhelming praise. Rolling Stone ranked it #3 of the Best Spanish-Language and Bilingual Albums of 2021 and #23 of the 50 Best Albums of 2021. El Alimento was also among NPR’s Best Latin Music of 2021 and #1 of Le Monde’s Latin Music favorites. Singles also made their way through 2021 lists: “Rómpelo” ft. Lupe Fiasco was among NPR Alt.Latino’s best singles of 2021 and “Funk Aspirin” ft. George Clinton in Remezcla’s 10 Best Indie Pop, Rock, & Chill Songs of 2021.

“My music has a lot of different elements. We’re sponges and I’m lucky to have been exposed to great music. I mainly make AfroCuban music with funk. So I have those AfroCuban rhythms and sounds, but I mix them with funk and some soul, hip hop and other stuff. It gets really funky at the live show. Music brings people together and it can serve to heal and inspire. It’s always important, but can be lifesaving and very special during tough times. The last few years were really hard for the world and as we start to get back out, seeing people and enjoying human contact again, music should be front and center of the healing and celebration,” stated Cimafunk.

There are four ticket tiers available for the Joshua Tree Music Festival, but the first two tiers are sold out. 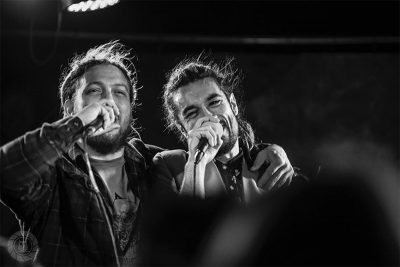 All tiers are for identical four-day passes, the only difference is the price. The event is at a limited capacity of 1,500. Advance purchases are recommended, as the Joshua Tree Music Festival is expected to sell out and tickets will likely not be available at the gate. All ticket sales are final and are also transferable.

“Music is medicine and gets people through bad times. Being able to hold the festival makes this a celebratory occasion. It’s a very laid back and comfortable environment that we create. It’s not about long lines or crowded, hectic energy,” shared English.

For full event information and ticket packages for the Joshua Tree Music Festival, visit the official website at joshuatreemusicfestival.com.