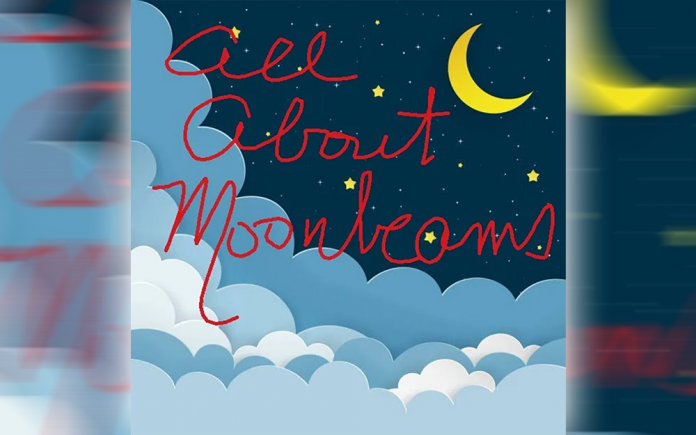 “Act as young as you feel.  You’re not getting older.  You’re getting more entitled to be your fabulous self!” – Gwen Stefani 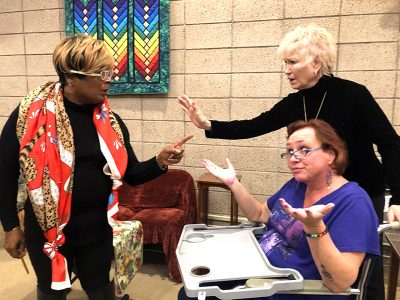 When I first met June August, almost a decade ago, I knew immediately that I was in the presence of grace, intelligence and talent.  I was hosting a radio show and interviewed women locally and nationally, who were known to “lead and inspire.”  June, most certainly fit that definition. She is an award-winning actress, playwright and songwriter, wrapped up in the persona of an artist with wisdom that was evident in every expression.

June C. August, has had a full and distinguished career in theatre, achieving success nationally before her move to the Coachella Valley, where she has continued her theatrical contributions to desert stages since arriving.

Her most recent playwriting endeavor, “All About Moonbeams,” is making its World Premiere staged reading at the Unitarian Universalist Church of the Desert, 72425 Via Vail in Rancho Mirage on January 20th and 21st. 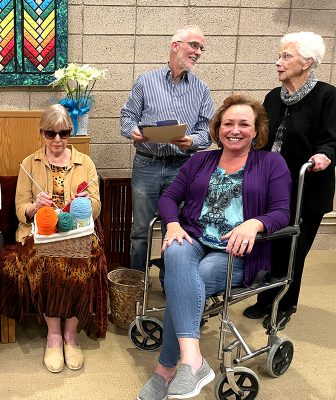 Produced by Script2Stage2Screen, “All About Moonbeams,” is a dramatic comedy about a group of senior women who join a memoir-writing group in an upscale 55+ apartment complex. Their group is facilitated by a younger writer who has his own agenda. He urges them to recount their memories, but is met with some reluctance and hidden secrets. The story focuses on who these women are and what their backstories are.  What life-altering events might have transformed them?  How willing would they be to delve into their lives and tell the truth about themselves without tarnishing the image they want to protect?”

August, stated that; “All About Moonbeams has been a project of discovery.  Above all, it’s an expression of love for the women of Harvest Moon Senior Residence.  My goal was to create unique characters—not stereotypes of older women often depicted in movies and television.  They are not only composites of the many women I’ve observed or admired or learned from, but also my images of women who, although flawed, are accomplished and strong and survivors of life’s exigencies.

Women love to tell you their stories—whether fabricated, authentic, or a little of both.  Walk into any beauty shop and you’ll find two women who didn’t know each other ten minutes earlier sharing their joys and concerns and ailments.  I do that myself.  So, I started out with a hankering to discover what special characteristics and gifts allow us to open their hearts to each other.”

She stated that the idea came to her more than 30 years ago when she moved her mother into a retirement facility and began to think about the aging process.

I WANT TO BELIEVE originally a poem she wrote for her children when they were little.  The accompanying music took a little longer to find.

THAT’S ENOUGH FOR ME is a song about friendship.  (Originally written for a bio-musical about Ethel Waters, but eventually pulled and used for this show.)

All About Moonbeams, features some of the desert’s best performers.

August, is also directing her play. When commenting on the process of both writing and directing a piece, she stated; “accepting the distinction between subjective author and objective director—has been another journey. A playwright creates dialogue; actors bring it to life.  I hope the extraordinary actors who allowed me to make that journey will forgive me for the times I struggled to let go of my darlings.”

I am always intrigued when I see works written and directed by the same artist.  While common in film, the stage frequently has the expectation that the playwright should pass their script along to others to direct.  Though I do believe theatre to be a collaborative art, I don’t agree with the ‘someone other than the playwright must direct,’ philosophy as a general rule.  Directing (or not,) should be a personal choice for the writer, if they possess the skill to do both.  It can absolutely benefit the script to step back and gain perspective while someone else directs, but it can also be beneficial to the storytelling if the playwright has the opportunity to do the staging in an effort to further develop the story.  And with an artist as experienced and talented as June August, there is no doubt her directing skills will only be outshined by her writing.

All About Moonbeams, will be presented by Script2Stage2Screen at the Unitarian Universalist Church of the Desert, 72425 Via Vail in Rancho Mirage on Friday, January 20, 2023 and Saturday, January 21, 2023, at 7:30 pm.  www.script2stage2screen.com

And Co-Creator of the Palm Springs Theatre Go-To-Guide, www.palmspringstheatre.com