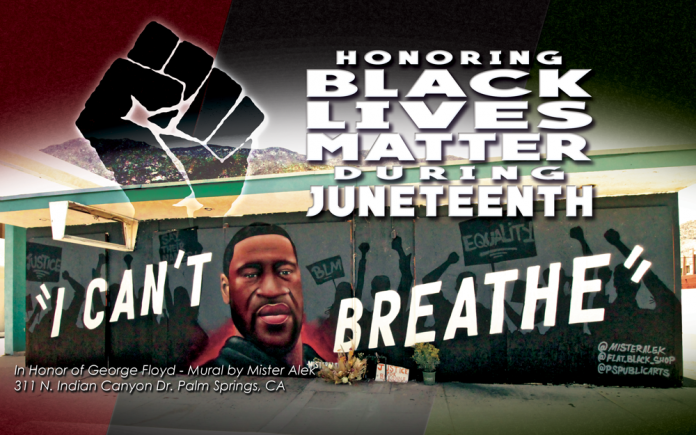 Most associate the idea of independence and freedom with the upcoming Fourth of July holiday, but June 19th is an often overlooked date that commemorates an integral part of American history and holds even more importance in the midst of the current social climate as Black Lives Matter protests take place worldwide.

Juneteenth, sometimes referred to as Freedom Day, takes place annually on June 19th and celebrates the anniversary of the day when a general read out Abraham Lincoln’s emancipation proclamation in Texas, freeing slaves in a portion of the last un-emancipated state in 1865.

That is why Juneteenth commemorates the day when Major General Gordon Granger, along with more than 1,800 federal troops, arrived in Galveston, Texas, to take control of the state and ensure freedom for the last remaining slaves in the area.

46 of 50 states and the District of Columbia currently recognize Juneteenth as an official state holiday or observance, with Texas becoming the first to do so in 1980. No president has yet supported declaring Juneteenth a federal holiday, and last year, the US Senate passed a resolution recognizing “Juneteenth Independence Day” as a national holiday, but it has not yet been approved in the House. 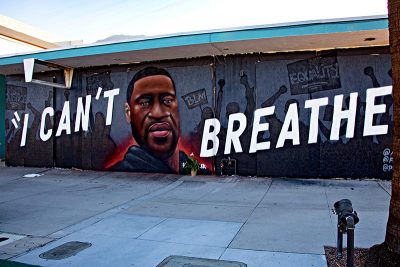 There have been several demonstrations and peaceful protests held throughout the last two weeks in desert cities across the Coachella Valley to bring attention to the call for racial equality and the end of black oppression. Additionally, a mural of George Floyd with the words “I can’t breathe” was completed at the beginning of this week in downtown Palm Springs.

The artist responsible for the George Floyd mural goes by Mister Alek, a Los Angeles native who has been creating art for 17 years. He started with tagging and graffiti before landing a graphic design job that he had for eight years. He would still practice painting every day until he eventually began making murals for a living this past year. 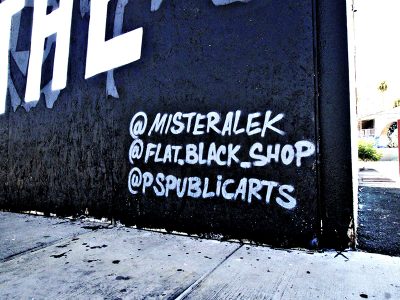 “I think murals like this are important to have in every city. It encourages positive energy and makes the city look nicer. It also helps kids who love art when they see these murals. It gives them a sign that one day they can do art and make a living out of it if they wish to,” said Mister Alek.

The artist had previously made a mural of George Floyd in his neighborhood of Watts, and was reached out to by a friend of his at Flat Black Art Supplies to do another piece in Palm Springs, sponsored by the city’s Public Arts Commission.

“I had countless people come by while I was painting showing support and letting me know how much they appreciate it. These gestures of support make it a lot easier painting 13 hours straight in 100+ degree weather, and I just want to say thank you,” expressed the artist.

The Public Arts Commission released in a statement that during times of crisis and protest, it remains an advocate for the arts within the City government and upholds a responsibility to support public art that can address social equity, racial awareness, and civic engagement.

“While we did not formally approve this mural before it was painted, it is definitely the type of street art that we would like to encourage, and are in the process of launching a grant program that will encourage this, by matching artists with businesses or building owners to create art installations that bring people downtown, engage the public imagination, and support the artists in our community,” stated the Public Arts Commission.

The Arts Commissioner who was most involved with this mural was Russell Pritchard, who viewed the available space on Indian Canyon as the ideal location for the mural.

“We have a very diverse population in the Coachella Valley, and the Arts Commission wanted to use our voice to address and bring attention to the need for social justice. We also didn’t plan on finishing the mural on the date of George Floyd’s memorial service, but it worked out that way,” revealed Pritchard.

In observance of Juneteenth, local activist group Young Justice Advocates have organized a barbecue to take place this coming Friday on 480 Tramview Road in Palm Springs, starting at 1 p.m. This event aims to unify the community in celebration of the abolishment of slavery in the United States. To learn more, follow the group’s Instagram page, @young justiceadvocates.

The memory of Juneteenth illustrates the importance of retaining the meaning behind history as people across the globe continue to make an impact by bringing attention to silenced voices throughout the years.