I was thinking of doing a Valentine’s themed column this week about the best love story on film, but after talking to friends and strangers at a local pub about their favorites, I was overwhelmed with suggestions from WUTHERING HEIGHTS to Disney’s animated SLEEPING BEAUTY to NIGHT PORTER that it led to a loud argument. Obviously there was not going to be a consensus of the best movie love stories. I slipped away as the voices grew louder. After thinking about it, my two best movies about sweet, pure, true love are: George Roy Hill’s A LITTLE ROMANCE (1979) starring a young, early teen Diane Lane and Carroll Ballard’s BLACK STALLION (1979), about a boy who loses his father at sea and rescues a magnificent horse that heals his heartsick soul. Meanwhile, here are some new big and little screen titles to consider. 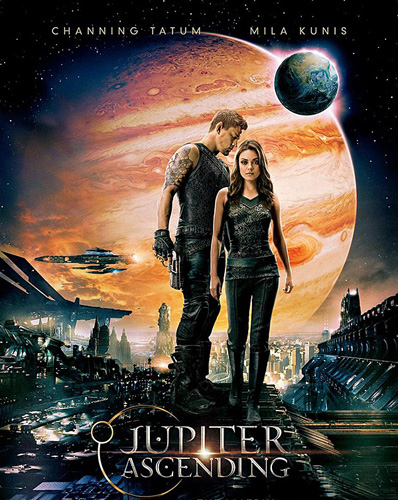 How did this get made? Another misfire from the Wachowski siblings stars Mila Kunis, Sean Bean, Channing Tatum and Eddie Redmayne. The admittedly great cast is undermined by a mindless, befuddled script and spectacularly but overwrought production design.

Jupiter Jones (Mila Kunis) was born under a night sky that predicted a fabulous destiny. As a grown woman, she still dreams of the stars but awakens to a world of cleaning toilets. So when Caine (Channing Tatum), an intergalactic droid-like warrior arrives on earth to track her down, she begins to realize her true destiny as queen of the cosmos. I know, it actually sounds kind of interesting even in this truncated synopsis, but the sad reality is quite the opposite. Now playing. 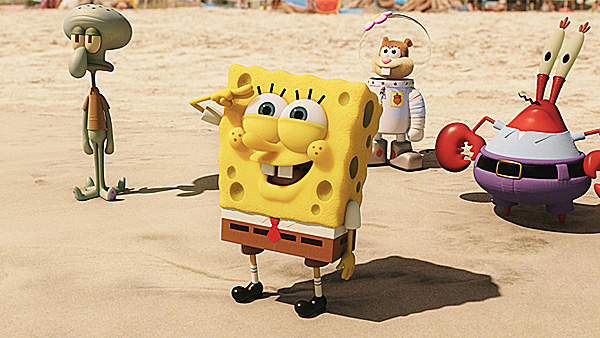 THE SPONGEBOB MOVIE: SPONGE OUT OF WATER

Who would have guessed that the best new film on the big screen stars SpongeBob and his sea-worthy pals? Ardent fans of the TV show, and that includes adults and kids, need no special invitation to experience the crazy invertebrate denizens and their onshore adventures that impinge on our world. The plot is merely an excuse buffoonery – visual and verbal — of the highest order. On a quest to retrieving the stolen recipe for Krabby Patties, SBSP is forced to work with his old enemy Plankton in battling the pirate Burger Beard, who has truly dastardly plans for the delicacies.

Make no mistake, this is one trippy, goofy, crazy, manic and heroic adventure for Mr. SquarePants. If you enjoyed the first SpongeBob movie, this ramps up the insanity by quantum leaps. Actually, the plot is irrelevant since this movies is about the absurd ride itself. It’s a doozy. And it’s eye-popping! Adults who take young kids to see this will be surprised and delighted. Personally I am convinced this film was intended to be embraced as a stoner film. I’m serious. No doubt it will achieve cult status and endless midnight screenings. The opening weekend gross has already trumped the other two feature films on this page. When you read this, it will probably have surpassed $100 million! Now playing. Big recommendation. 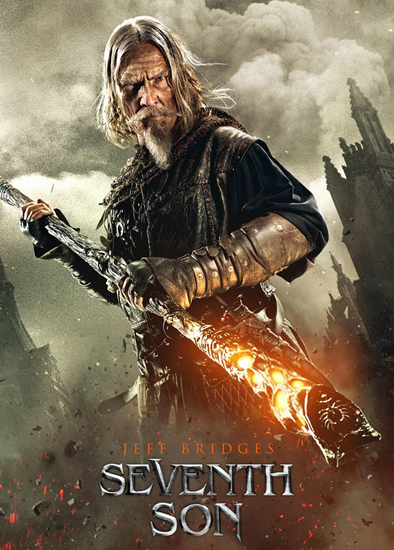 A great cast works hard to make a bizarre story engaging in this often-disappointing fantasy adventure.

It must be noted that the meandering and sometimes illogical storyline does include lots of sword fighting and sorcery along with big dollops of supernatural silliness. Yes, that can be visually diverting but in the end is not satisfying.

The plot has something to do with an ancient evil (is there any other kind?) that’s about to be unleashed. If not stopped, it will again inflame primal forces between mankind and the supernatural. Master Gregory (Jeff Bridges), a knight who had previously imprisoned the evil witch Mother Malkin (Julianne Moore), has escaped and is seeking revenge and is set to to unleash her awful wrath on an unsuspecting world. Only Master Gregory stands in her way. Director Sergei Bodrov does his best with a story from Joseph Delaney. I thought the interesting music score (Marco Beltrami, A.R. Rahman and Tuomas Kantelinen) deserves a better movie. 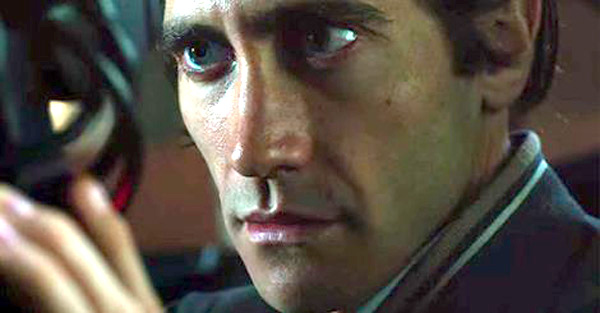 Among the small handful of the very best films of 2014, NIGHTCRAWLER showcases a nearly perfect, ultra lean original screenplay from director Dan Gilroy and a terrific lead performance from Jake Gyllenhaal as Lou Bloom, a restless, single-minded and creepy young man who prowls the dark streets of greater LA in search of carnage he can video for sale to local TV stations. Unsettling and relevant, this brilliant film reminds that there is no limit to the media exploitation of human depravity for profit and ratings. Rene Russo (Gilroy’s wife) delivers a chilling portrait of an amoral TV news director determined to not lose a grisly image to a competitor. There’s a fascinating commentary from director Gilroy. Recommended. Blu-ray. Universal. 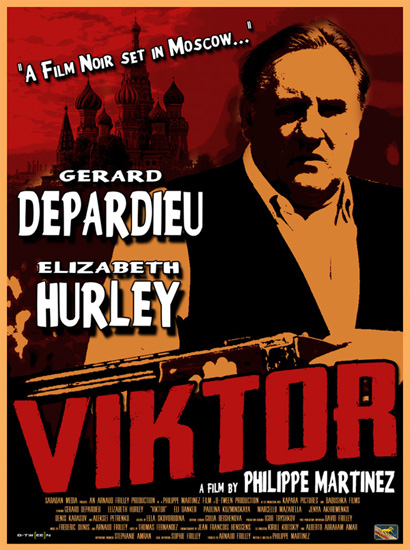 In this fast-paced film noir-style thriller, a grieving father revisits his dark past to avenge his son’s death. Viktor (Gérard Depardieu), who has just completed a seven-year sentence for an art heist in his native France, is crippled with guilt over the murder of his son three months earlier in Moscow. Obsessed with unraveling the mystery of the murder and consumed with a rage for vengeance, he returns to the city where he himself has a very dark history. There he enlists the help of his long-time love and partner in crime, the glamorous Russian nightclub owner Alexandra Ivanova (Elizabeth Hurley) and his best friend Chechen ballet choreographer Souliman (Eli Danker). Unconcerned for his own fate, Viktor enters a dark and violent underworld of drugs, diamonds and smugglers. When he meets Katerina Polina Kazminskaya) and discovers he is about to become a grandfather, it triggers hope for his own future, but now he must keep Katerina safe from the same killers who whacked his son in a relentless and lethal game of cat and mouse. Can a father’s sins be redeemed and a bitter man find his heart? This visually stunning film was shot entirely in Russia. Recommended. DVD. Inception Media Group.