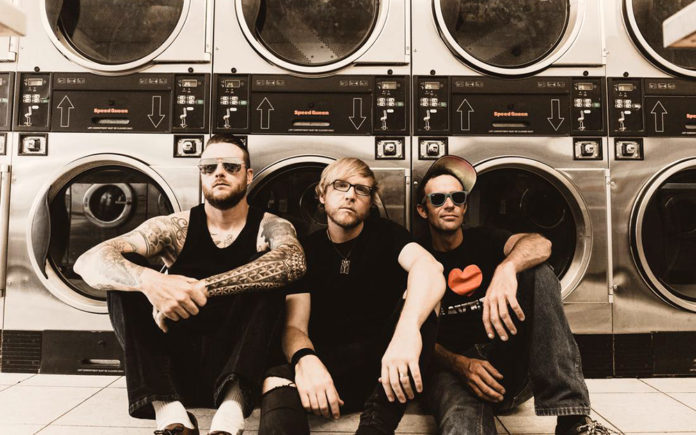 With Paul Michael on lead vocals and rhythm guitar, Andy Gorill on bass, Russel Waldron on drums and background vocals and recently added Steve Lavoie on lead guitar, Karr will be performing on November 10, 2018 at STICKY FEST at The Palms located in 29 Palms with desert mainstays Throw the Goat, Sticky Doll, Sleazy Cortez, Brain Vat, Mega Sun, Aboleth, Instigator, The Wastedeads, Generic Response, Drop Mob, Ormus. The DirtBays Satanic Johnny and UU. The outdoor show is an all-ages event and offers free camping. Tickets can be purchased for $12 on-line or $15 at the door. Members of the military and children under 16 with parent receive free admission with identification. You can purchase tickets now at accelevents.com. Coachella Valley Weekly recently spoke with Waldron about his new rock venture.

CVW: How are you feeling thus far about Karr? 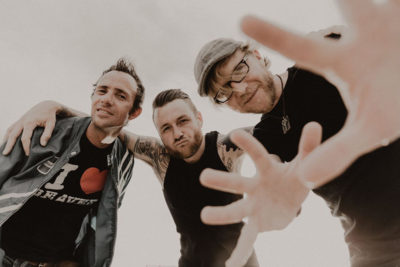 Waldron: “We’re ready to rock! If you mesh Foo Fighters with The Offspring and Pearl Jam you get an idea of what we sound like. We have some mainstream type music and we do some experimenting as well. We dip into the blues and hard rock here and there, so each song is so different. We were rehearsing three new songs each practice. We quickly developed a 17 song set list. It’s all ‘A’ material. We just want to have fun. We don’t have to be the best band in the world, it’s all about fun. We will always push ourselves to be the best musicians as long as we’re having fun and people are digging the music.”

CVW: How are you connected to Greg “El Sancho” Gendron, founder of StickyFest and member of the band Sticky Doll?

Waldron: “I’ve known Greg for a while and I’m so pumped for him. He has a lot of integrity and we’re thankful to him for having that drive in front of us.”

CVW: You are all past members of successful acts. How has that helped your approach in Karr?

Waldron: “I’m a founding member of Spankshaft. After ten years I felt it was time for a change and a breath of fresh air. It was my opportunity to expand and move on. I love the guys in Spankshaft and they have continued doing really well. I checked off many things on my bucket list with Spankshaft. I ‘touched the sun’ with Spankshaft. I wasn’t pursuing another band when Paul, my brother-in-law, reached out to jam.”

CVW: Tell us more about the other members of Karr.

Waldron: “Andy loved going back to the electric bass after playing upright bass for Machin’ for so long. His energy is palpable. Paul is a bad-ass songwriter and has an endless song bank. Paul’s excellent at writing amazing hooks.”

CVW: What’s on the horizon for Karr?

“We’ll be going into the studio soon. We’ve only been a band for six months and we’re tightening up. We’ll likely record a 5-7 song EP, and then after a year or two complete a full length recording. We have to keep the momentum going and branch out into Orange and L.A. Counties. I have an almost three year-old daughter so touring at this point, is not feasible. We all have full-time jobs too and we put all our remaining energy into the music. We would like to play shows in Arizona, Las Vegas, and so on to ‘get our fix’ if you will. Our chemistry continues to grow. We are more cohesive with every show and are progressing. There’s no back peddling after spending six months in the garage. This most recent Red Barn show is the best we’ve played; we’re doing it right.”

Karr is doing it right indeed. They are impenetrably tight and their previous experience shows in their live performance. Their sound is arresting and undeniably desert rock. Make sure to look both ways before crossing, because Karr is coming.