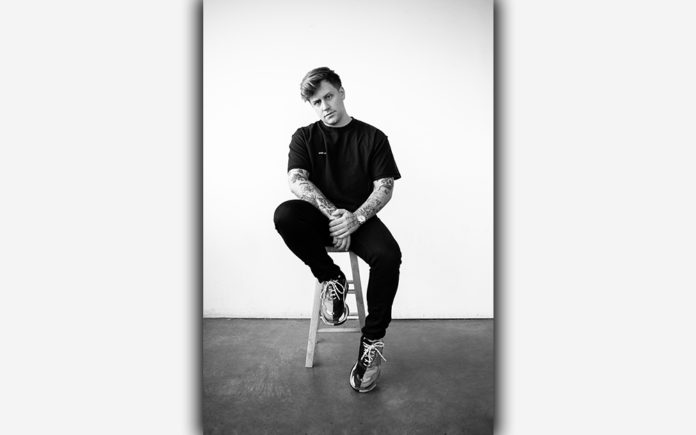 Imagine this…the seemingly subdued Hayden Capuozzo is walking in New York City seeking a secluded and quiet spot away from the noise of construction and the disruption of vehicle and foot traffic to be interviewed by cell phone for Coachella Valley Weekly in anticipation of his Coachella Valley Music and Arts Festival debut. So, in a few days, the artist better known as Kayzo, will be directing a fortress of sound in front of hordes of humans as he makes resounding and heavy music with his entourage of special guests. Oh the irony!

In 2012 Kayzo was accepted to Icon Collective, a music production school based in Los Angeles, California, and graduated after 9 months. In the same year he was chosen as the winner of Insomniac’s Discovery Project. Winning the event allowed him to perform at Escape from Wonderland that year, which was also his first gig as a DJ.

Kayzo is also a new type of musician. He’s not only a DJ and music producer…he’s a facilitator, having worked with a myriad of artists developing a movement that appears to be a new wave in the interlocking of rock and electronic music. Here is our Coachella Valley Weekly conversation with Kayzo, performing on Coachella Fridays April 12th and 19th (Stage and set time yet to be determined).

CVW: You are an accomplished musician, DJ and music producer. Despite that, do you have any pre-Coachella jitters?

Kayzo: “This will be my first time performing at Coachella. I did Heineken House in 2016. That was fun but to me that’s a separate event. This is the main event right here. I’m very excited to have this chance to play Coachella.”

CVW: What should Coachella fans expect from your set?

Kayzo: “We have a lot of special guests and cool things coming out. I’m about to put out my next single from my next album with a band called All Time Low and the song is called, “Up In Flames.” It’s something we’re going to be debuting in a new way at Coachella and we’re definitely excited about that release post-Coachella. The curation and vision I’ve had these past years of rock music and these bands like this tour I’m doing now combining my favorite electronic artists that I work with and some of my favorite bands and we’re doing a line-up that’s not just straight DJ. We get a combination of rock and electronic mixed and then go into a DJ and then back to a band and then when we finally get to my set. The better representation is that It’s a live experience. I’m still DJing because it’s still something I love to do but also I have a drummer on tour with me, Frank Zummo from Sum 41, and he has a Street Drum Corps team of four guys. The best way to put it is the Blue Man Group as a Metal and Grunge artist without the blue paint. They’re drumming on oil and steel drums and grinding with grinders to the music with sparks flying and crazy stuff. It’s a whole different kind of experience. We spent three days prior to the tour having them transcribe all of my music to the drum sheet music. The entire show is choreographed. We have tons of special things for different moments in the set. I’m also drumming in the booth myself. When you see it, it’s one overall experience. I think it gets music fans to a different spot to give them something different that can be done on the live performance side. Fans are looking for something different and an outlet that they can enjoy and get inspired by. That’s what Unleashed is; it’s breaking boundaries, taking things from my past and moving them forward. I don’t want some nostalgic factor. My goal is to take that moment and bring in the present and then evolve it and move it forward where music is going so it’s not a nostalgic factor. It’s taking the evolution of rock music and stuff from our past to stuff in the present with electronic and all the technology and how it’s moving forward together creating a whole new wave.”

CVW: What is the Doghouse Takeover? 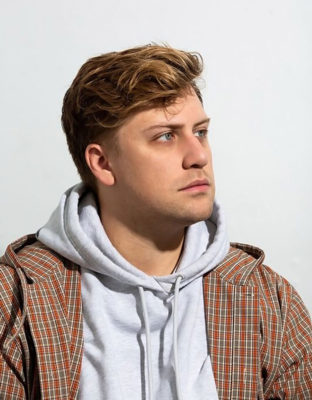 Kayzo: “The Doghouse Takeover is still going. The concept goes back to 2014. It started with me wanting to put together my own line-ups and shows earlier on in my career. Bringing something different to the table and throughout the years. With Unleashed, in the past years I’ve wanted my music to take roots from my past rock, metal, pop and vocal stuff and have that cross the threshold into my all my singles I’ve been doing. The idea being Unleased and these Takeovers is to take the live performance and raise it to the level of the music so there’s a visual representation of this world I’m trying to create with music.”

CVW: How do you feel about two weekends of Coachella and avoiding any monotony?

Kayzo: “Both weekends are going to be different. For this show we’re able to work on the fly like a band versus just a DJ set. I’m able to cue and navigate with my drummers about how to improve. Last night I played Montreal, tonight I’m playing New York and it will be two different sets. Coachella provides us two different opportunities to showcase it in different ways.”

CVW: You’ve worked with so many different artists. The most recent release was your collaboration with blessthefall for the song “Before the Storm.” How did that come about?

Kayzo: “It’s the ever-continuing goal of mixing these two worlds together and evolving. I’ve been a big fan of blessthefall for a while and I had my manager reach out to their manager initially and when they were interested on working together, I was contacted by the lead singer Beau and some of the guys in the band. We started talking and the song kind of came about. They sent me some go-go stems and guitar stems they had recorded and tracked from a demo. I was in New Orleans for a festival and they sent me a bunch of stems. I put everything else on hold from my day off. I immediately started working on the song and finished it within a day.”

CVW: I understand you grew up playing hockey.

Kayzo: “Before I started making music I played hockey my whole life and moved around the U.S. and Canada and went semi-pro for a while. When I got done playing hockey at 19 I actually went to Texas Tech University for a semester. I lived in Lubbock before I moved to L.A.”

CVW: Where did the inspiration come to start a career in music?

Kayzo: “I wasn’t really making music when I lived in Texas. I was dabbling in it. In 2012, I moved to L.A. for music. Prior to that, I had no idea how to make music or any type of music production and knowledge. I’m more of a ‘be in a room and ask questions with people who are like-minded to learn kind of a guy.’ That’s why I moved to L.A.”

CVW: Does being in L.A. inspire you or influence your writing?

Kayzo: “I wouldn’t say it affects my writing. Just being in L.A. and being so accessible to my friends I get inspired by them and collaborations or people who are coming into town. It’s a great area to be down the street from a million different options creatively and musically to work and be inspired. Most of my inspiration is from being away from L.A. I’m constantly away from there touring. My inspiration comes from all over depending on where I’m at.”

CVW: It appears you have a bucket load of resiliency, fearless determination, constant striving for excellence, and a genuine passion for your art. How do you prevent artist burn out?

Kayzo: “I think that’s all what all of us in the music industry have to do to keep in the back of our heads, to put things in perspective and take time for yourself to mentally and physically keep yourself healthy. If you don’t, that takes a toll on your writing. If you’re touring too much and you’re not being healthy or take the time to get proper sleep it will affect your art and your creative mind. In the past few years it’s been especially important for me to take time for myself and to take time from writing and touring and keep a well-rounded life so I can be fresh mentally and physically to do my best performing and making music. I know all too well with friends in the industry, myself included, you go through those moments where you’re constantly touring and it starts to affect you mentally. You have to know when to take time for yourself and take the time to recharge so you’re never hitting those lows that you have to stop doing what you love. It’s always a learning curve with touring as you get older. Learn from others who have done it before you, take it to heart, and do what works for you. At the end of the day, we have to put ourselves first. As much as we’d like to work ourselves to the ground. Take that time off to be healthy.”

CVW: There’s a phrase that’s tirelessly posed time and again that states, ‘rock is dead’. With the popularity of Hip-Hop and Electronic music, do you subscribe to any part of it?

Kayzo: “It’s about opening doors. I don’t want bands and people that I look up to in the rock world to feel like electronic music is like an overcasting cloud over their music to where they feel they can’t really understand or be invited into that world. My opinion is, we’re opening doors wide open to let them know there’s people on my side of the industry that grew up listening to pop and rock, punk and metal and are inspired by it daily within our own music and want to bring them into the fold with us and have them evolve. Just have these sounds come together and meet in the middle. There are so many artists like Bring Me the Horizon who are pushing the envelope from the band side introducing a lot of interesting moments of electronic that we resonate with on my side. My goal is to be on the electronic side and come to a middle ground where a new sound can be done and push it forward, open new doors and try to pioneer it in some way. Maybe it’s something that hasn’t been done yet. It gives kids the idea to be comfortable thinking outside of the box and taking risks.”

*Attention rock and music fans*: Take a risk on Kayzo!