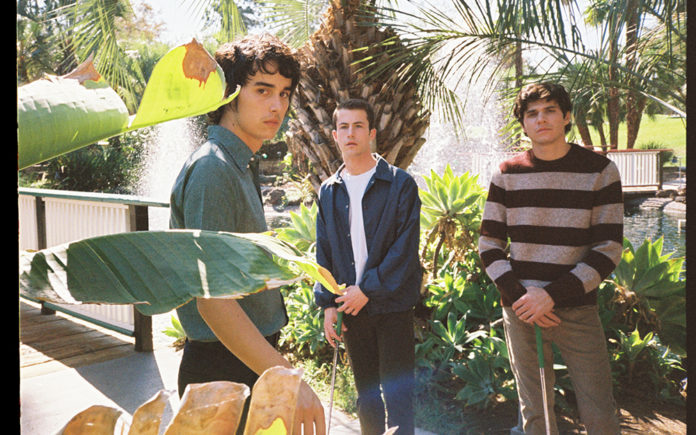 Los Angeles-based trio, Wallows, which includes, Braeden Lemasters (vocals, lead guitar, bass guitar), Cole Preston (drums, backing vocals), Dylan Minnette (vocals, rhythm guitar, keyboards) have played major festivals like Lollapalooza, Austin City Limits, Camp Flog Gnaw Carnival, Life Is Beautiful, and Voodoo Music + Arts Experience. Wallows are now gearing up for another headlining tour, which they’ll kick off by making their Coachella Valley Music and Arts Festival debut. Having released their full-length Alt-rock debut album Nothing Happens, with the help of Grammy Award-winning producer John Congleton (St. Vincent, Future Islands, Angel Olsen) on March 22, their Coachella Weekend I set will be the first time they perform songs from the album live! The LP features the first single, “Are You Bored Yet?” with guest vocals by Clairo, who is, as luck would have it, also scheduled to perform on Coachella Saturdays, April 13th and 20th at 1:30-2:15pm.

Coachella Valley Weekly spoke with Wallows this past weekend on a conference call. The running joke was that none of them were in the same room. You’ll get it after the first question/response.

CVW: Where are you guys?

CVW: So you all will be performing at Coachella in exactly one week.

Cole: “It’s crazy, but it’s something we’ve wanted to do forever. It’s one of those weird things where yesterday I was sitting down and I was thinking to myself, ‘wow, by this time next week we’ll be done playing Coachella.’ If you would have told me that any time in my life there would be a point in time where I would say to myself, ‘oh, this time by next week we’ll be done with Coachella,’ I would have said, ‘you’re crazy!’ So it’s cool we’re finally playing. My thought is, it’s so sick! I can’t wait; this is something we’ve always wanted to do.”

CVW: For being in your early 20’s, your sound is broad and developed and after your accomplishments thus far, some may say you’re “seasoned”. 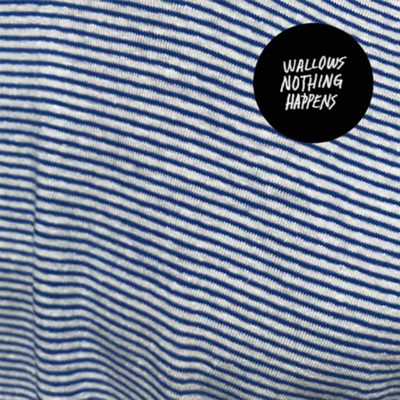 Wallows: “We’ve played together for a long time but the majority of the time it was on a super small scale at random small clubs in L.A. The shows have gotten bigger and that’s definitely the case on this next tour. I think what’s interesting is that it still, in no way, can prepare us for what we are about to do at Coachella because it’s such a big event to play. It’s such an honor and it’s hilarious, it’s the very first two shows of our tour! The biggest shows we will have played have not happened yet! It’s hilarious that we’re starting off at Coachella, we may feel a little more seasoned but there’s nothing that can quite prepare us properly; It’s not like we’re prepping for a giant crowd or anything or expecting much of it in that way but for us mentally it’s such a big deal. There’s no way to be properly prepared. It also means that every single one of the new songs will be debuted. The first time that we play these songs live will be at the first weekend of Coachella, it’s just so hilarious.”

CVW: The first three songs of Nothing Happens really pull you in.

Wallows: “The track list was very thought out. It was with flow in mind. It builds. We wanted the album to feel like a journey or a live show. It was definitely on purpose. There’s some really cool transitions throughout the album too.”

CVW: You all started out as fairly young as a band.

CVW: I believe your art is indicative of your world view and it shines through in the music. There’s a sophistication as well.

Wallows: “I’m glad you hear it in the music. A lot of these songs started being written years ago. It is like some people say, ‘you have your whole life to write your debut album.’ That’s what this feels like for sure, there’s a lot of old ideas that we knew we wanted to make on our first album eventually, there’s also songs we made up right before recording them, it’s all over the map in that way.”

CVW: Any leisure time for you during Coachella?

Wallows: “Cole has been playing a lot of Fortnite. We’ll probably come back to L.A. to work out the kinks of what happened in Weekend I and some other press things. We only have a few days between Weekend I and II. Weekend I we can hangout but after Weekend II we leave immediately and drive to Portland. Then we kick off the rest of the tour up and down the west coast and all around, we’re on the road for five weeks.”

CVW: Who are you looking forward to seeing perform at Coachella?

It’s the first year in a while where I want to see every headliner. The 1975 will be great, we’re also looking forward to The Garden, Iceage and Shame.”

CVW: I know you can’t divulge your stage or set time but are you happy with the outcome and what kind of turn out are you expecting?

Wallows: “We’ve been going to Coachella for a long time. We hope our first year is not the Gobi at noon. We play early and I think that’s good for a band our size, early on a Saturday. I feel that’s the best day you can play early, because I feel on Friday people are still driving from L.A. and they say, ‘oh, let’s go all day tomorrow,’ so I feel that’s how we can catch people. Then after Saturday, they’re like, ‘fuck no! I’ll go at 5 on Sunday’. I’m super excited for our set time.”

Check out Wallows on Coachella Saturdays, April 13th and 20th at 1:30-2:15pm! Pick up Nothing Happens on all major music platforms.