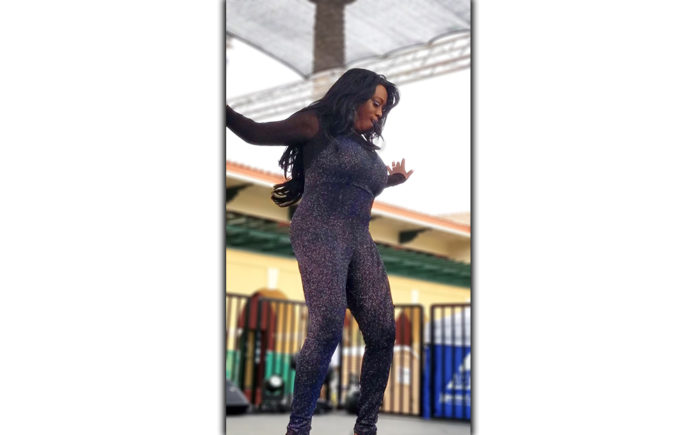 Two years ago, Keisha D sang “Summertime” at the Celebrity Jazz Jam and blew me away. I have never been so impressed with a singer/entertainer in my life. Think Barbara Streisand on steroids! At the last Jazz Soiree she performed it again with Blake Aaron (Chart topping recording artist and guitarist), Michael Paulo (Sax Superstar), Hans Zermuehlen on keys, and Darryl Williams on bass, and she got a standing ovation. It reminded me just how amazing this woman is and to this end, I am now honored to be her manager.

My goal is to see her rise to the top. It’s not like she’s never been there before. She started singing at 12 with her mother, Jacqualine Mimms, and her mother also trained her. Barbara Streisand and Etta James were teo of the vocalists that her mother used for her mentoring. She also trained her to sing everything Acapella so that she would never have to worry about the music. They toured the country as a duet singing gospel for thousands of people. She honed her craft and performance and over the last 15 years has become the leading female vocalist of Palm Springs. After winning the McCallum ‘Open Call’ in 2008 as Best Vocalist, she began getting calls from those that saw her. Brian Wanzek (Bella De Ball) is one of her biggest supporters and she has performed many times with his show. She performs regularly around town and does a lot of private parties.

Her fan club President is none other then Mayor Moon of Palm Springs. Every time she performs her fan base gets bigger and bigger. She recently did a 20 minute show for the Cathedral City Pride LBGT event for 800 people and got another standing ovation for “Summertime.” People lined up afterwards for over an hour to ask for her autograph and to get a CD. 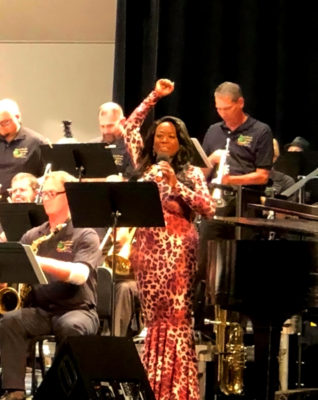 She was recently booked for a big show at the Copa Nightclub in Palm Springs on May 11. If you’ve never seen Keisha D, she not only has the most incredible voice you’ve heard but she dresses to the nines for every gig, big or small. So we’ve decided to step up the band she performs with and she will now be playing with some of the “A List” performers in the industry. Let’s start with her drummer Alvin Taylor, this gifted man is the leading drummer in the music industry from George Harrison to Elton John, he’s performed and recorded with the biggest names in the music industry (Cher, Natalie Cole, Sly & the Family Stone, and Bill Withers just to name a few). He approached Keisha and said he’d love to play with her because he loves her style, and his first love is jazz. He recently got a Star on the Walk of Palm Springs. She is blessed to have him.

Her bass player is Darryl Williams, who’s own song just hit #1 on the smooth Jazz charts, he is also the #1 bass player in the smooth jazz industry; Euge Groove, Gerald Albright, Peter White, Dave Koz, Norman Brown and the list goes on.

So let’s put it this way, you will get a first class national act show when you hear Keisha D and her band.   You will also get an entertainer who will bring you to your feet as she does every time she performs. Keisha is not only a singer, but a performer. Every show is exciting and special and she never fails to get a standing ovation.

Keisha is no longer a local act; she is on her way to stardom.

We are in already in talks on a recording deal with producers for a new CD and starting to set up her bookings in different jazz venues around the state. If you’d like to get on her email list text your name and email to 1-702-219-6777. For tickets to her May 11, Copa show, call them at (760) 866-0021 or visit their website at CopaPalmSprings.com.

After this article was written it was announced that Keisha D has been nominated for Best Jazz Vocals, Best Adult Contemporary Artist and Best R&B Artist for the 2018 CV Music Awards to be held June 3 at Hard Rock Hotel PS.