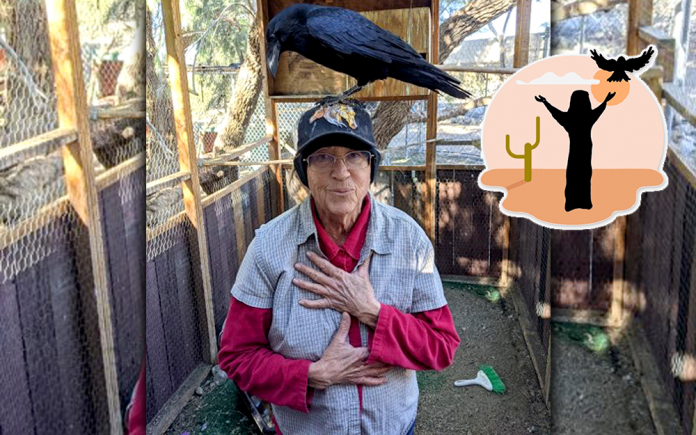 Tucked away near the Sky Valley area of Desert Hot Springs lies an oasis for desert critters to seek refuge and rehabilitation. For the past 28 years, Kitty Pallesen has been running Kitty’s Wildlife Refuge & Rescue with a mission to support all wildlife in the surrounding area in the form of food, water, shelter, shade, and medical attention when needed. 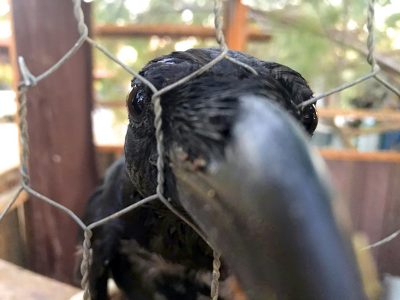 Kitty’s Wildlife Refuge & Rescue also helps provide placement and medical assistance to other animals that are rescued by people outside of the refuge. Over the years, locals have come to Kitty with animals in need of assistance that veterinarians would not accept or help—garnering a reputation of being a safe haven for wounded animals.

“When I first moved here almost 30 years ago, there was nothing here. I planted over 200 trees and watched the refuge grow into what it is today,” revealed Kitty.

It is also the goal of this organization to provide financial assistance for low cost spay and neutering for pet owners who desperately want to own an animal but feel they cannot afford it.

The five-acre refuge is a very special place to hundreds of indigenous desert animals such as rabbits, squirrels, roadrunners, coyotes, hawks, doves, song birds, tortoises, and other migrating species.

“I’ve provided a free rescue service for my community. People call me day and night about every animal imaginable over the years since moving here. I am going to be 73 years-old in a couple of months, and this is my way of giving back. This is my service work,” said Kitty.

Throughout the years, there have been various boy scout and girl scout troops that have helped Kitty build and renovate parts of the refuge for community service, including creating special signs, water systems for the tortoises, and renovating the raven sanctuary.

2022 has been a devastating year for Kitty, following the confiscation and deaths of her precious handicapped ravens Desi, Molly, Ozzy, Spirit, Cuckoo, Valentine, and Sweetie Pie, and Muninn, her rehabilitated raven for nearly a decade. 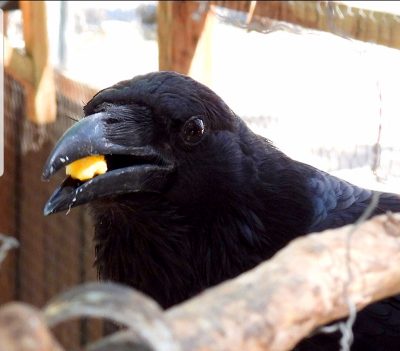 Within her refuge, Kitty built an aviary specifically for ravens that cannot be released back into their natural habitat because of their injuries. In January of this year, she received her first citation from the California Department of Fish and Wildlife. Ravens are a protected species, just like owls, hawks, eagles, and vultures, however, Kitty had worked with a retired Fish and Wildlife licensed rehabber for many years who did not even know that a license was required for permanently injured non-releasable ravens.

After receiving the citation, Kitty began to undergo the permit process, however, the Fish and Wildlife Department was denying her the permits because she had to apply for the permits before owning the birds.

The federally protected birds had lived in the refuge for a decade without any problems, and Kitty attempted to contact Riverside County Sheriff Department for assistance, but to no avail. In April, her ravens were confiscated and killed after years of rehabilitation and care.

“It was like they reached in and ripped my heart right out of my chest. The ravens had the right to live and be cared for. It was a labor of love but I was willing to do it. They didn’t deserve to die just because they were handicapped. I’m always trying to do everything the right way, and I will never get over it,” stated Kitty.

Kitty will always remember how smart and emotionally receptive the ravens were, how they’d play games together—especially how Muninn loved to steal her hair ties and hide them from her in his enclosure—and the special songs they would sing for each other, including “What a Beautiful Muninn,” which is what Kitty sang to Muninn as he was being confiscated, never to be seen again. 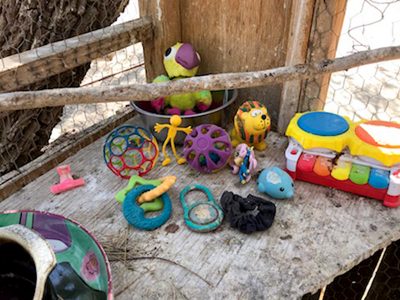 Kitty’s Wildlife Refuge & Rescue is a nonprofit actively involved in animal rescue and maintains a wildlife refuge for enjoyment and education of desert animals, relying on donations to help fund the costs of food and maintenance for the animals. The cost of food alone costs Kitty two thousand dollars a month.

The refuge also offers an Airbnb Experience where 100 percent of what guests pay goes toward Kitty’s Wildlife Refuge & Rescue as they get to know the animals and interact with them. It is the lowest priced Airbnb Experience worldwide, charging 40 dollars for adults and 30 dollars for children. She has hosted people from across the globe, and estimates that her ravens have seen 2,000 faces over the years.

Kitty has many special memories on her refuge involving the wildlife she rescues and the stray birds that come to her property seeking shelter and rest in the summer heat. She recalled seeing migrating vultures from Canada and her rescue dog Skye bond with his best tortoise friend Rocket in his habitat as some of her favorite memories.

“I want this to be an educational experience for all who visit here. Nature is precious and it is our responsibility to take care of it because if we don’t, it could disappear,” said Kitty.

To learn more about Kitty’s Wildlife Refuge & Rescue 501(c) 3 nonprofit organization or to make a donation, visit the official website at www.kittyswildliferescue.com.