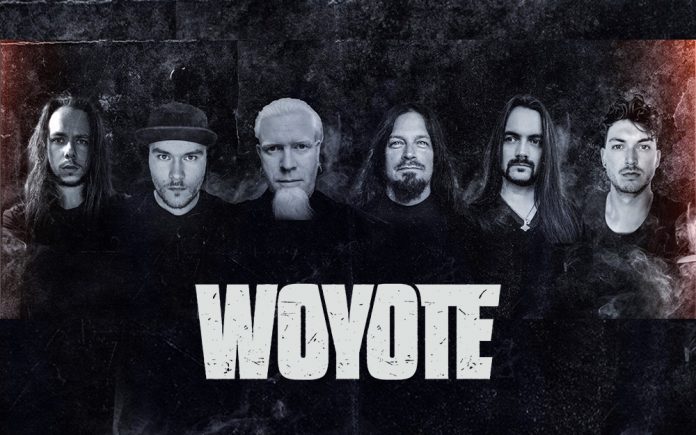 Formed by song writer, music producer, renowned guitarist and Coachella Valley native, Mikey Doling, (Channel Zero, Soulfly and founding member of SNOT), “Woyote” is the newest musical venture that Doling has concocted for rock lovers and they will be making their debut by dropping their first single, “Atlas Shrugged” on June 24th.

Along with Doling, Woyote consists of guitarists Jari De Roover and Quentin Cornet along with bassist Sebastiaan Verhoeven and drummer Charled Degolla. After a tryout for an initial lead vocalist didn’t work out, Doling reached out to Aaron Nordstrom of Gemini Syndrome where they eventually found the vocalist who would seal their sound.

Doling is a multifaceted talent whose drive and abilities have taken him all over the world over the past few decades. It was under such circumstances that Doling found himself as an annual, part-time resident of Belgium which eventually led him to today where he is launching Woyote. 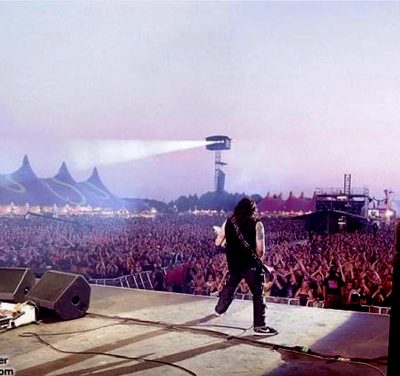 Doling: “Somewhere around 14 or 15 years ago I was living in Hollywood and had stopped playing music for a few years. I was pretty much producing bands, but I started to get that itch to play again. I had a good friend named Lawrence Custers who manages bands and is a part of the Hardcore scene in New York, but is originally from Belgium. At that time the band, “Channel Zero” had just gotten back together and booked 6 shows in a huge venue that were completely sold out. Then, their guitarist decided to up and quit very shortly before these shows were supposed to happen. Someone brought up my name and it turned out that the singer from Channel Zero was a Snot fan and they asked Lawrence if he could get a hold of me to ask if I could fill in for those 6 shows. So I had like 10 days to learn their set from home.”

CVW: “Were you at all familiar with Channel Zero beforehand?”

Doling: “I had never heard of them before. So, Lawrence sent me some songs and I really liked them so I was like, ‘Sure, I’m down.’ So, I learned 15 songs in a week by myself at home and hopped on a plane to Brussels with a backpack and a flying V and the first day we rehearsed, it was as if we were stage ready. We clicked immediately and it was on. I played all 6 of those shows with them and at the end they asked me if I would stay as a permanent member of the band. That was 13 years ago. We have recorded 4 records since I have been in the band and 3 of them went gold.” 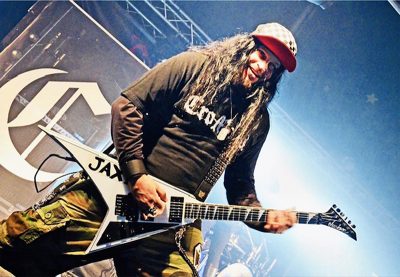 CVW: “As long as I have known you, up until the pandemic hit you pretty much fly over to Europe every summer to tour with Channel Zero, right?”

Doling: “Exactly. Up until the pandemic hit I would fly out and we would tour around central Europe around 3 months every year and we did that for around 10 years. Obviously, over the last few years with the pandemic, we had to take some time off and we’re definitely getting ready to fire back up but we aren’t going to be playing shows until sometime in 2023. So that is kind of why I’m ready to launch Woyote. Because I have this year to release songs and play shows with this project.”

CVW: That’s why I asked you to talk about Channel Zero. It’s a Belgian based project that somewhat led to Woyote, right?”

Doling: “Exactly. I met the guys from Woyote because they were all friends with the guys in Channel Zero. Another cool detail about this album is that it’s produced by Chris Collier who just produced the last 2 Korn records and he is absolutely amazing.”

CVW: Speaking as a true desert rat, just like yourself…It’s fantastic for us who are your local fans to see you be a hometown boy who has done well for himself out in the world. We both know that you come from a place with a specific music scene and during that time you ventured out and got yourself involved with and even embraced by music scenes in other places far beyond your hometown situation.

Doling: “I grew up in Palm Desert and graduated from Indio High School in the 80s. I knew from the time I was a teenager that I wanted to be a musician. Honestly, back then…there really wasn’t a music scene out there. This was before the festivals, before Queens of the Stone Age, Kyuss, etc….basically before much was happening in desert music at the time. I ended up getting the opportunity to move from the desert up to Santa Barbara when I was 20 years old and I split. Before that, I did have a band back in the desert called, “Solid Steel,” but it seemed like, at that time there wasn’t going to be anything that I could do musically that would be successful in the area. It seemed impossible. Now we see so many of these guys from the time did actually make it out of the desert…I just didn’t expect it.”

Doling continues: “What’s crazy is that I headed out to Santa Barbra, had a few bands and then Snot started taking over LA and Central Cali. At the same time, the desert scene was blowing up and I was like, ‘Woah, WTF? That is so amazing!’ I was sincerely so proud of all of my people out there. QOTSA, Fatso Jetson, Sean Wheeler and especially Kyuss! I mean, those guys were out there touring with Metallica!’ Then I was like, ‘Woah! Clearly, I was wrong! All these guys who I grew up around were killing it!’ Eventually, I ended up crossing paths with a lot of those people around the world when I was touring with my bands and I would reach out and tell them that I was from the desert too. They would remember me and we reconnected later on in our journeys.”

CVW: “Whenever I have the opportunity to interview artists who have been able to achieve a certain  level of longevity and success in their music careers I like to ask them…’How do you feel about the drastic changes in the music industry over the past few decades? We have seemingly gone from record contracts overseen by corporate labels to Youtube artists who record themselves with software they can buy at a reasonable price.’”

Doling: “I feel like I was super fortunate to be caught up in that last class where record companies were still doing their thing. Snot signed a contract with Geffen Records in 1996 with the same team that signed Guns n Roses, Nirvana, White Zombie and Weezer…the same team. Those guys gave a half million bucks to a band called Snot! It was sort of the last era, you know? I think it was shortly after that when online companies like Napster came about and started stealing the industry from the artists.”

Doling continues: “I would definitely say that I was lucky enough to be around when that era still existed. We had tour buses and money to tour with Ozzy and Metallica and all of the promotion that came with that. Nowadays, bands have to work so hard promoting themselves on social media, etc…any of them are lucky if they can make it out of their own towns, regardless of how good they are.”

CVW: “My last question is another one I save for musical vets who know what they are doing through their life experiences. If you could go back in time and give advice about this industry to a much younger version of yourself, what would you say to you?”

Doling: “The first thing I would advise is to make sure that you have your business straight because to be honest, I have had a lot of money stolen from me over the years and I think that is a classic thing that a lot of talented musicians deal with. I didn’t know that I should pay attention to publishing and a lot of other things on the legal end…copyrights and stuff…so I would definitely tell myself to pay attention to that stuff.” 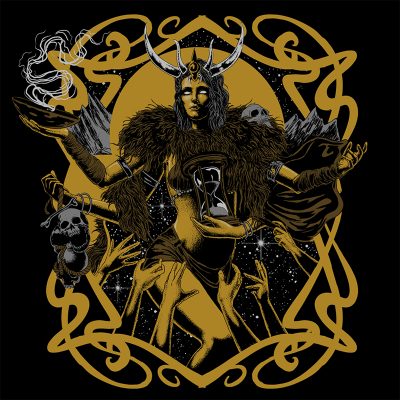 Doling continues: “Also, I would tell myself to really step back and appreciate what was going on at the moment. Back in the day when I was touring with the biggest bands in the world I would just kind of sit on the bus and chill, you know? I wasn’t really in the moment soaking in how awesome it all was. I was just sort of used to it and taking it all for granted. Now, I look back on that and I’m Like, ‘Damn! Look what I was doing!’ I would definitely slap myself around a little bit and tell myself to open my eyes and see how truly fortunate I am.”

Woyote will be dropping their single, “Atlas Shrugged” on June 24th, 2022.