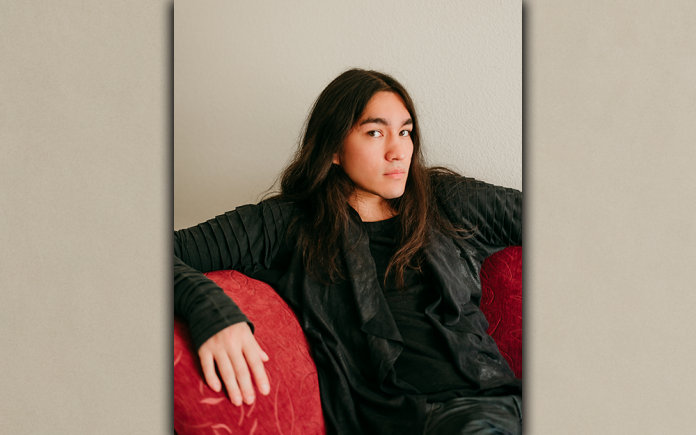 A desert rat through and through, Krystofer Do has spent the bulk of his life as a musical performer entertaining throughout the Coachella Valley and beyond, in many capacities. Starting out as a MIchael Jackson impersonator in his teens, Do began honing his performance chops doing shows arranged by his grandmother for folks in the Vietnamese community she was a part of in Orange County. Over the years since, Do has grown, evolved and learned to flourish as a singer/songwriter, vocalist and musician.

Whether accompanying himself on keyboard for his solo act or being backed by the stellar band he has put together, Do continues to blossom as a performer while learning valuable lessons along the way. One of the many experiences he has chosen to use to challenge himself is through entering competitions. In fact, that is precisely the way I first became acquainted with Krystofer. Through a local, live performer competition that was sponsored by CVW. Although Do didn’t end up ultimately winning the competition, he left a huge impression on the judges and everyone else in attendance while his reputation as a kickass showman began to spread.

Do recently participated in a national competition show that can be seen on YouTube called, “No Cover,” which is solely for unsigned bands performing original music. The judges on the recent season of No Cover include rock legends, Alice Cooper, Gavin Rossdale and Lzzy Hale along with alt/pop star Bishop Briggs and guitar legend Tosin Abasi. The show is now over, (spoiler alert, Do and his band didn’t win) but the multiple episodes Do and his band are featured in are quite entertaining. (Check out the links below for your own viewing pleasure.)

The Krystofer Do band consists of Razor J on guitar, Miguel Arballo on bass and AEIOU on drums. These are guys who are all individual artists with separate projects who came together through friendship and the idea being a part of something they believe in. When it came down to competition time, they not only brought their A games for the judges, they conducted themselves with the kind of class and dignity that makes those of us from their hometown proud.

Do: “We heard about No Cover through my manager, David Ross. We basically applied for it and they liked us so they reached out and told us they wanted us on the show so David took care of all that stuff for us. When the time finally came for the show to actually happen it was surreal. There were a lot of hoops we had to jump through regarding negative Covid tests within a particular timeframe. In fact, I believe there was one band that made it in and unfortunately wasn’t able to compete because they couldn’t get their test results in time.”

Do continues: “In the first round we competed in, there was another band who was picked to move on to the next round but lucky for us, there was a wild card round. What that meant was, we were asked to come back and meet with a bunch of producers including the CEO of Sumerian Records and some other musicians wherethey would sit the bands down, talk to us and decide whether or not they wanted us to move on to the wild card round. The producers did like us a lot so we were able to move on to that round which was pretty awesome.”

Do continues: “It was during the wild card round that some drama came up. I don’t want to give too much away but, it had to do with the producers suggesting that I  collaborate with another band which both bands, for a multitude of reasons, ultimately decided against. That caused a bit of conflict on the show and particularly in comment sections online but ultimately, the guys in the band talked about it quite a bit and felt as though it was likely a lot of stuff that was simply for TV…which is fine. We understood what we were getting ourselves into.” 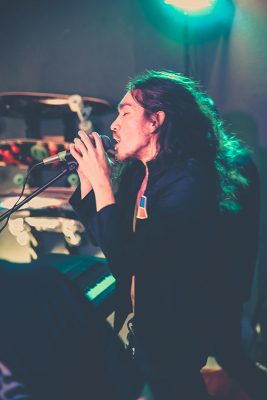 CVW: “I think that most of us, even those with musical talents, would find the idea of voluntarily putting yourself in a situation to be publicly judged and possibly ridiculed to be terrifying so I am always fascinated by the artists who have the confidence and bravery to put themselves out there with such vulnerability. When we have spoken previously, you spoke frankly about being a kid that dealt with a lot of bullying for always being different and that caused you to have to change schools a lot. Do you think learning to cope with that type of treatment as a kid helped you develop the thick skin that is required to participate in these competitions?”

Do: “Definitely. I believe that completely. I think I can also attest that to the household I grew up in. When I was a kid, I wouldn’t be exaggerating when I say that there was fighting in the house literally every single day. I guess I had to learn how to sort of tune out negativity and develop that thick skin in order to get by. But also I think that when you are doing something that you love and feel so passionate about such as music, you deal with the politics or the drama or whatever it is that might be standing in your way so you can do what it is that you love. It comes from a place of passion.”

CVW: Now that No Cover is over, you have moved on to another competition called, “The Opening Act?” 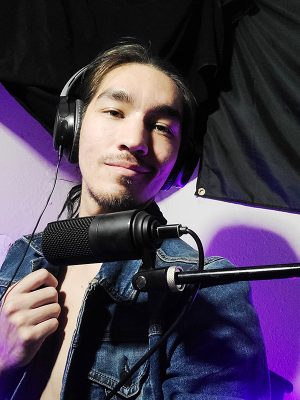 Do: “The Opening Act is an online competition run by Odyssey which was formerly called Radio.com. Artists are basically competing to be the opening act for an annual concert called, “We Can Survive.” Last year’s lineup included acts like Maroon 5, Doja Cat, Shawn Mendes and Black Eyed Peas. Essentially some of the biggest names you could open for. This year’s lineup will be released in August and we’re in the running for opening the show. We made it through the first round in the top 20 of our group. As far as I know, the winners are entirely vote based. It’s friends, families and fans in the public who get to vote and decide which is the main difference between this competition and No Cover which was exclusively judge and producer based. Voting is still open so I would be grateful for all of the clicks I can get.”

Do continues: “Going back to what you were saying earlier about why any artist would subject themselves to such scrutiny, I came into all of this in the hopes of just getting people to see what it is that I do. I want people to know my art. It’s been a journey for sure to go along with a pandemic, a  screwed up economy and personal issues like everyone else. I was able to ask myself what my next step is. So now that I have some momentum going, my next step is releasing my album! Now that people are paying some attention to me and what I do, it’s the perfect opportunity to finally release a full-fledged, balls to the wall release that says, ‘This is Krystofer Do! This is what I have to offer.’ My new album is called ‘Love Algorithms’ and is set to release in August. It’s a very eclectic mix of genres, from pop to rock to hip-hop and even musical theater!”

CVW: “You have mentioned to me over and over that Krystofer Do is not a one man show and you have a lot of wonderful people who have made this journey possible for you.”

Do: “Absolutely! First off, I can’t say enough about my band. Miguel Arballo, Razor J and Aeiou have not only my friendship, but my utmost respect.They are their own artists in their own right which is one of the reasons I thought it was so appropriate for us to perform together. I didn’t want a band that was mindless and just there to do what I said. I wanted all of their ingredients added to the recipe. Music should be a collaborative effort and that’s what I get from these guys.”

Do continues: “I also want to give a shout out to Alisha Bates who is my life coach, for helping change my life and giving me new skills required to deal with the stresses and challenges I face. In addition and most importantly, I just wanna give a heartfelt thank you to all my friends, fans and family for believing in me and my art. I know I’m not an easy person to know; I’m eccentric and I’m flawed but, I want everyone to know that I don’t take you for granted. I hope I’m able to make this valley proud and help represent the versatility the Coachella Valley has. You guys have made me.”