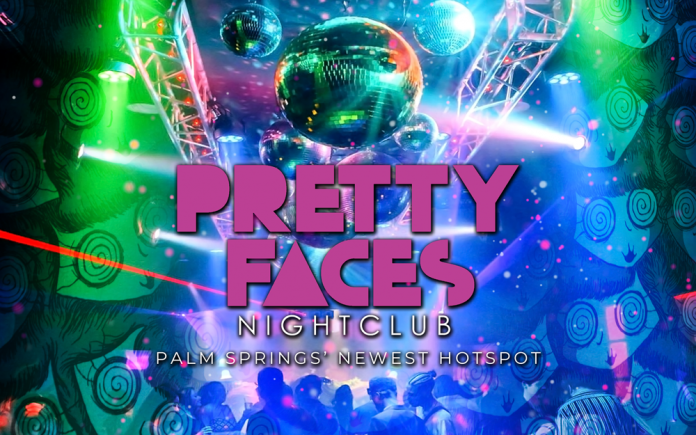 Article and Photos By Crystal Harrell

A night out in Downtown Palm Springs just got even more tantalizing with the addition of the brand new Pretty Faces Nightclub, embellished with quirky interior designs, dazzling light shows, and a touch of avant-garde personalization to transport you to a wonderland of whimsical sights and soundscapes. 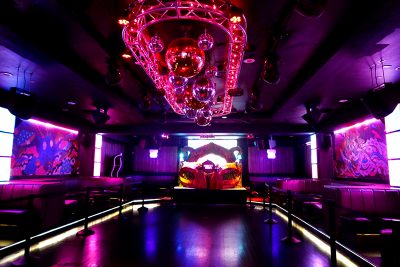 Adjacent to Hotel Zoso, Pretty Faces Nightclub is a labor of love concocted by Michael Murphy. Michael, owner of desert nightlife favorite Bart Lounge in Cathedral City, wanted to open a nightclub in Palm Springs that was catered to people looking for an elevated entertainment experience, where guests can have fun while immersed in a welcoming yet unique atmosphere. With the help of a team of eclectic, talented, out-of-the-box thinkers, Michael found a way to bring a nightclub experience that evoked a genuine Palm Springs vibe. 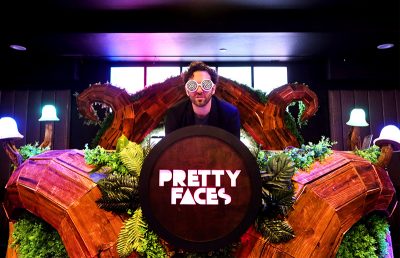 “It kind of occurred to us that there was a void in the market for just a happy, fun dance club. We would notice that bridal parties would go to gay nightclubs on the strip, and we wanted to create a place that everyone could enjoy. Bart Lounge has done an excellent job in providing a service to the locals in that same kind of ideology. Everyone is invited and we keep them safe,” stated Murphy.

Michael originally had plans to open a club in Los Angeles, but sought the opportunity in the deserted location along the Palm Springs strip. It would also be in closer proximity to his other nightclub, Bart Lounge, which recently celebrated its 8th anniversary of opening. 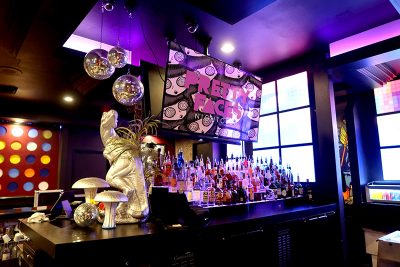 “I wanted to retain the same feel as Bart, but I think Pretty Faces is more adult, or at least more like a teenager in comparison. Bart has toys and video games—definitely more on the kiddie side,” explained Michael.

In a similar spirit to Bart Lounge, music and art dominates the visceral landscape of Pretty Faces Nightclub, which gets its namesake from The Killers song, “All the Pretty Faces”. Upon entering the front door guarded by a purple octopus on the outside pavement, visitors will be greeted by several hand-painted murals done by Michael himself, depicting finely detailed ink drawings and spiral-infused forest scenes. Curating all of the supplies and finishing decorating the space took about eight months in a joint effort between Michael, his father Kelly, and fellow artist Rambo.

Michael’s inspiration for the overall aesthetic of Pretty Faces is derived from his love for Tim Burton and the fantastical landscape of a psychedelic Alice in Wonderland world. Glowing mushrooms, neon dinosaurs, and hand-shaped seats complete the backdrop for a one-of-a-kind nightclub experience. 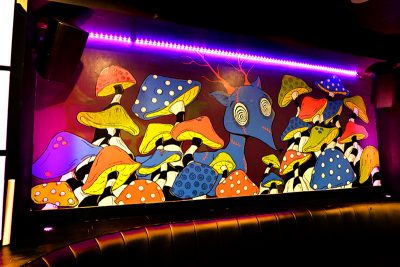 VIP bottle service is available at Pretty Faces, with bottles starting at 250 dollars, and 100-dollar birthday bottles on Thursdays. The music at the nightclub also predominantly features young, established DJs from across the Coachella Valley, with a desire to even branch out to LA-based entertainment. State-of-the-art light shows and smoke accompany music on the dance floor to create an intoxicating aura of mystery and excitement.

“We’re trying to bring in some elevated DJs—LA DJs, Splash House DJs, Insomniac DJs—we want to bring them to the club so they’re out here on a more consistent basis,” shared Murphy. 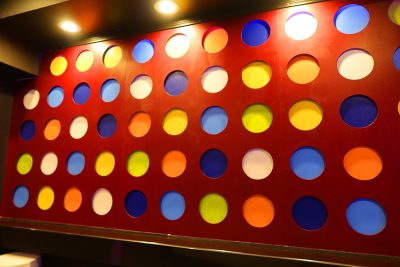 Pretty Faces Nightclub celebrated its grand opening with entertainment provided by Bones & Lee Wells on July 15, followed by Kyle Walker on July 16. Francis Davila performed at the nightclub on July 22, and Pico & Alex Alatriste performed on July 23. There are also future plans to do “2000s” themed nights after Labor Day weekend.

“We create the vibe here for everyone. This is a destination location, and what better place to come and get an intimate experience with some of the world’s best DJs? We’re trying to bring big names,” said Omar Czar, the Booking and Marketing Director at Pretty Faces Nightclub.