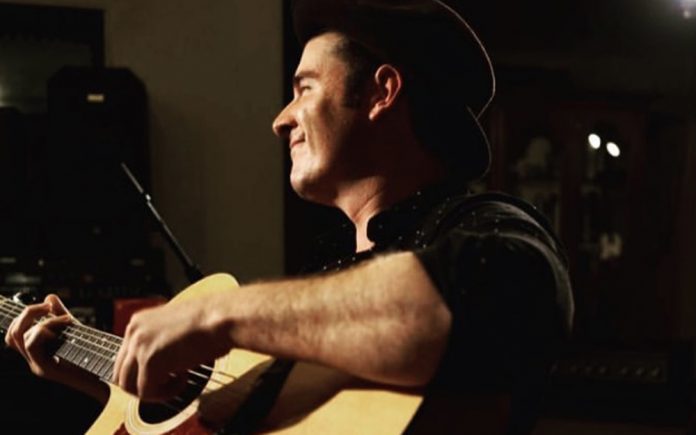 La Quinta Highschool graduate, musician, vocalist and songwriter, Lance Aaron is definitely not a newbie to the Coachella Valley music scene. That said, over the past several years while utilizing multiple projects, Lance has been honing his skills and making his mark as he continues to develop his talent as an entertainer. In addition to his 9-5 day job and role as a father to a lovely daughter; he somehow finds the time and energy to continuously create music and perform all over the Coachella Valley and beyond. No stranger to accolades, Lance and his band….have received multiple nominations and awards from fans and peers through The Coachella Valley Music Awards. Lance and I sat down over drinks and sliders to discuss where he has been and where he is heading.

CVW: Let’s talk about your background. Where you are from and how you get here.

Lance: “I’m originally from LA. My parents moved me here and I actually went to school with quite a few of our local musicians. Guys like Mikey Reyes, Willdabeast and Dan Wheat of course, but I didn’t actually know him at the time. I graduated with Jim Cathcart from Bridger! I was in music class with his sister Katie, who we all know is an amazing drummer. We actually played a show together! My original band which was a ska band, The Chess Club Presidents played with his band, Jekyll.

CVW: Wait! What? I need to hear more about this.

Lance: (Amused by my shock). “Okay, so I played my first ever concert at the venue that is now The Tack Room, but back then it was a totally different place. This had to have been around 2001. We played this show with Jim, his sister Katie on drums and Laramie Eve on bass in their band Jekyll. We were all LQHS kids.”

CVW: So it’s clear that you have been doing this throughout most of your life. How did you get started as an actual performer? 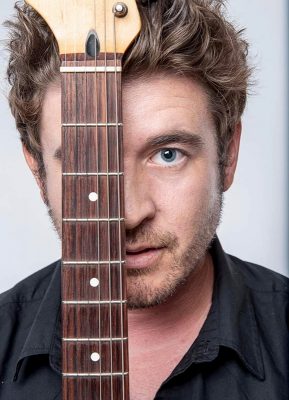 Lance: “Having come from a religious background, I started playing music in church. You know, when you hear terms like, ‘Gospel’ and ‘going to church,’ when it has to do with music…blues, gospel and soulful stuff brings that phrase to mind… ‘Take me to church.’ It’s an infamous line from the Irish artist, Hozier. Much of that literally starts in churches for so many people. And it’s very religious. That cannot be denied.”

Lance continues: “For so many people, whether they stay religious and/or continue going to church or not…we draw upon that background. I myself, along with some of the best musicians I know, have spent a lot of time playing music in church where it’s as though there is a collective spirit and sound that we all become a part of. Many of us came out of that not necessarily being religious…but still believing in something powerful. In essence, a lot of us came out of it with a strong belief in what music really does.”

CVW: It’s clear that you are a guy who has been blessed with the opportunity and blessing of growing up around and have worked with so many local musicians who are still relevant and making music today. Where do you think you are heading with this journey that is your life and career in music?

Lance: “I was so proud of my band, Black Water Gospel. I spent hundreds of hours writing music, driving back and forth to and from the studio in OC which costs a lot of money, all while putting the band together here in the desert…we really put that church concept into rock and roll music. Through that, we won many awards, which in reality are just tokens…but, I really am proud of what I and we did with that band.”

Lance continues: “All that said, where I am now is a transition period. To everything is a season, as they say…and whatever band or project I am in can’t keep playing the same thing. You can’t keep living the same song. Super famous people have to keep playing the same songs over and over, year after year. They have to keep trying to give new meaning to their old material which is great for them, but the benefit to my situation is I keep being able to reflect on the changes in my life through song and continually connect with people as my journey continues. I get to sing songs that people believe in and can sing back at me with their eyes closed like I did.”

CVW: Things had to have changed during covid, right?

Lance: “Absolutely. When the pandemic hit, everyone parted ways to do the things that they needed to do for their own journey. Bands don’t always split up because they don’t want to be together. Sometimes they just have to do their own thing. I’ve always been a songwriter. I have hundreds of memos referring to songwriting on every iPhone I’ve ever had. I always go back to them. This time has been about going back and remembering how to write for myself. That’s what brought me to where I am now. It’s all me; completely different but special to me. Everything that I have released lately is completely different from Blackwater Gospel but it’s from the same heart and soul with the same essence in mind.”

CVW: So let’s talk about now. I know that now that venues have opened up, you are doing a lot of solo gigs all over the valley and your sets consist of a combination of your originals and some cool twists on popular covers. Where can we follow you? 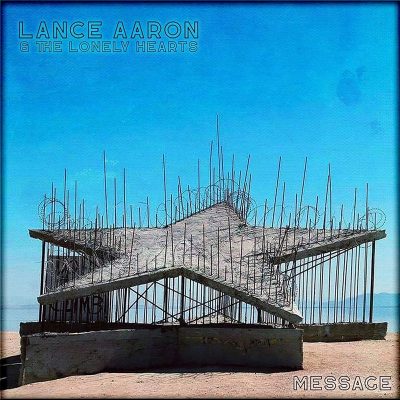 Lance: “All major platforms. I just released a song under, Lance Aaron and the Lonely Hearts. The song is called, ‘Message’. It has a vibe that’s sort of, John Mayer meets Van Morrison. I like to think of it as an organic vibe with a ton of sub-melodies going on and lyrics that talk about growth. With Black Water Gospel I wrote a lot about heartbreak and getting through it. Now, growth has been part of my writing process. Sometimes a way to address that is with major keys and happy songs. It’s like a movie with three chapters. The first was sad, the second was endearing and the third was a finality to wrap up the journey. There is a finality to so much of what I’m writing right now that reflects so much of what has happened over the past decade.”

Lance continues: “It’s sort of like being able to reflect, look back on your life thus far, pat yourself on the back and say, “You did it. You got through it. Don’t do it again. Be grateful because you’re a better person for it. That’s why you have to keep playing those songs. You can’t be a better person without being reminded about the person you used to be.”