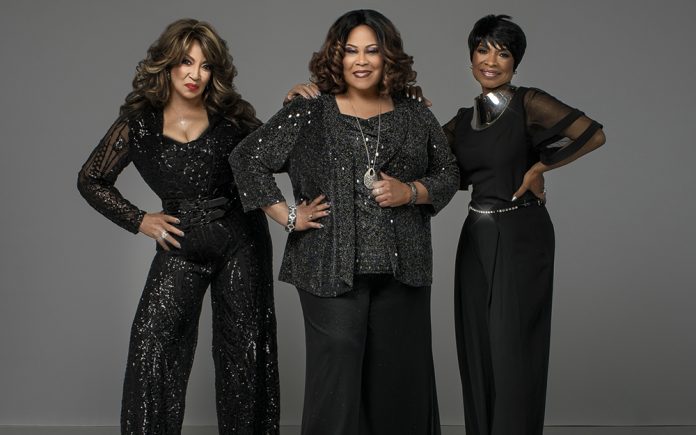 Linda Clifford, Martha Wash, and Norma Jean Wright (formerly of Chic) share the spotlight performing some of the most acclaimed songs ever recorded

Food Samaritans (AAP) proudly announces that the 27th annual Evening Under the Stars gala will feature the “First Ladies of Disco.” This incredible performance, along with cocktails, community awards, dinner, and dancing will be a night to remember. The gala will take place on Saturday, April 30, 2022, presented by Eisenhower Health.

AAP Executive Director Mark Anton said of the event, “Over the past 27 years since Evening Under the Stars began, it has not only raised funds and increased awareness of our mission, it has also featured many significant and world-renowned performers. Early galas were intimate affairs at private estates in Palm Springs, but over time this fantastic evening of community spirit and entertainment generated such an overwhelming demand that it is now held on the spacious grounds of the O’Donnell Golf Club in downtown Palm Springs.”

The Evening Under the Stars stage has featured a wide variety of fabulous and famous performers including Gladys Knight, Lily Tomlin & the cast of Laugh In, Cyndi Lauper, Mary Wilson, Pink Martini, The Go-Go’s, Barry Manilow, Bea Arthur, Martha Reeves and the Vandellas, and the iconic Village People, among others. AAP also brought back the music of ABBA and assembled the First Ladies of Disco back in 2014. That first show, produced by James Washington, was based on James Arena’s book “First Ladies of Disco” which highlighted 32 female vocalists who pioneered the original disco music sound. At Evening Under the Stars that year, history was made as AAP brought the book to life with several of the featured artists on their stage, and the ladies of Chic sang on stage together for the first time in nearly 25 years.

The First Ladies of Disco is comprised of Linda Clifford, Martha Wash, and Norma Jean Wright (formerly of Chic) plus two special surprise guest artists selected especially for this event. It will be an extraordinary musical journey of the most iconic soul, pop, R&B, and dance songs to have ever topped the charts, led by the hitmakers of their time.

Anton continued, “These artists’ collective careers span several decades, and their music includes an incredible variety of on-your-feet, chart-topping smash hits. Together, they have sold millions, and audiences around the world are on cloud nine when they finally get to see and hear these amazing performers that made our youth so much fun!”

Norma was a key member of the seminal group Chic, and she went on to release her self-titled album Norma Jean which catapulted the single “Saturday” to the top of the R&B charts. She has worked with some of the best in the business, lending her voice to recordings for Aretha Franklin, Mariah Carey, Madonna, Luther Vandross, Sister Sledge, and Debbie Gibson, among many others.

Linda’s landmark recordings have spent a total of 60 weeks at #1 on the Billboard Dance Charts earning 5 Grammy Nominations. Linda has appeared on American Bandstand, Solid Gold, Soul Train, The Midnight Special, Don Kirchner’s Rock Concert, and The Merv Griffin Show. She is an exciting live performer who sold out live concerts around the world including New York’s Lincoln Center. Linda is also an acclaimed songwriter, with her compositions being sought out by Cher and Gladys Knight. She has the distinction of being featured on the Oscar winning #1 motion picture soundtrack album Fame.

Martha is a two-time Grammy-nominated singer-songwriter, actress, producer, and activist. As a singer she is most widely recognized for her classic dance hits “It’s Raining Men” and “Gonna Make You Sweat (Everybody Dance Now)” which sold more than ten million copies worldwide. As part of Black Box, their Dreamland album featured four #1 Billboard Dance singles and three Top 40 hits including “Strike It Up.”

Evening Under the Stars promises to transport attendees back in time to the heyday of the Disco era. Guests are certain to enjoy getting into the spirit of this event with festive attire specific to the era.

Evening Under the Stars is the largest annual fundraiser for AAP – Food Samaritans, a non-profit organization that provides nutritional support for low-income people living with HIV/AIDS and other chronic illnesses. The gala will begin with an extended sunset cocktail hour on the grounds of the O’Donnell Golf Club against a backdrop of the majestic San Jacinto Mountains, widely regarded as one of the most festive cocktail receptions of the season. A short awards program will recognize a few inspirational honorees (to be announced soon), followed by a delicious dinner, dancing, and the performance by First Ladies of Disco. Tickets to Evening Under the Stars are now available! Please visit aapfoodsamaritans.org or call 760-325-8481.

Sponsorship opportunities begin at $7,500 for corporate or individual packages. Benefits include tickets to the event, recognition on-screen and in a printed program at the event, and may also include logo placement in advertising, printed materials, and more. Sponsorship levels and benefits are explained in detail on their website, but please note that customized sponsorship agreements are also available.