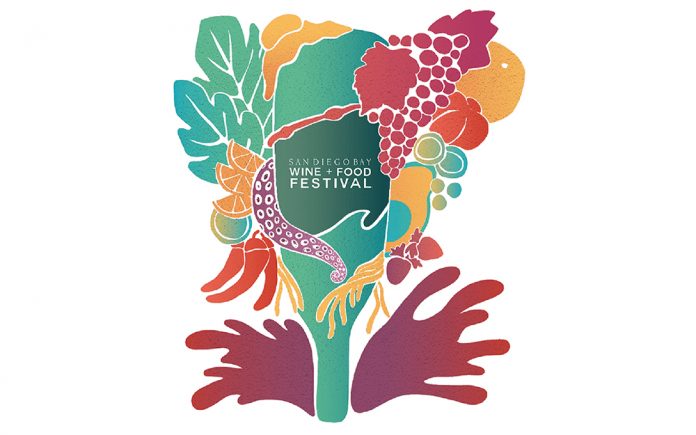 On November 11 through14, the San Diego Bay Wine + Food Festival will return with its 17th annual festival and culinary celebration. The San Diego Bay Wine + Food Festival is one of the country’s most talked about events in wine and food, and tickets are now available for this annual culinary classic which will once again feature the action-packed Grand Tasting, San Diego and Baja’s celebrated chefs, international and domestic wineries, breweries, spirits, brand experiences and live entertainment. 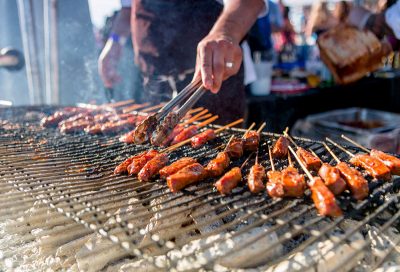 “The return of the San Diego Bay Wine + Food Festival will allow locals and visitors alike the chance to reemerge from the dormancy of the past year and into the sights, smells and sounds that can only be associated with this event. It’s everything we know and love about this event, but made that much more special given the lapse of time and our ability to be together. We look forward to welcoming everyone back to San Diego and another opportunity to Arrive at Awesome,” said Festival Producer, Michelle Metter.

Starting at noon on November 14, visitors can enjoy the sights, sounds, smells, and flavors that will take over Liberty Station as Taco TKO commences once again. While judges work hard to deliberate who will win the Judge’s Award, the power is in the attendee’s hands for the People’s Choice Award. 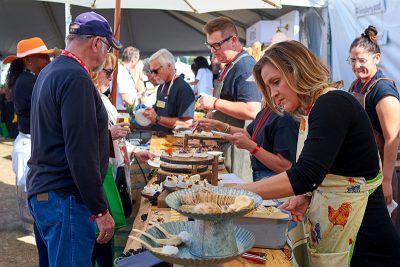 As in previous years, the San Diego Bay Wine + Food Festival will award a portion of its proceeds to charities and philanthropic organizations in San Diego. The festival has held a charitable four-week initiative in May that raised awareness and funds for EmbraceRace, an organization that seeks to educate young children on matters of race and bias, in order to raise a brave new generation. The first dinner took place on May 11 at Stone Brewing World Bistro & Gardens – Liberty Station. Past participants have included the Chaîne des Rôtisseurs, Berry Good Food Foundation, AIWF, and Kitchens for Good. 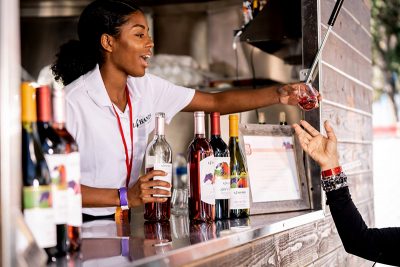 The 17th Annual San Diego Bay Wine + Food event benefits culinary arts and enology scholarships awarded to various San Diego nonprofits. One of the country’s most talked about weeks in wine and food, the San Diego Bay Wine + Food Festival was named the winner of the 2019 USA Today 10 Best Readers’ Choice travel award contest for Best General Food Festival. Hundreds of wineries, breweries, and spirit companies and San Diego’s top restaurants participated in the 2019 Festival and the festival is looking forward to showcasing even more talent in 2021.

To purchase tickets and preview the schedule of events and featured celebrities, visit the San Diego Bay Wine + Food Festival® at https://www.sandiegowineclassic.com.