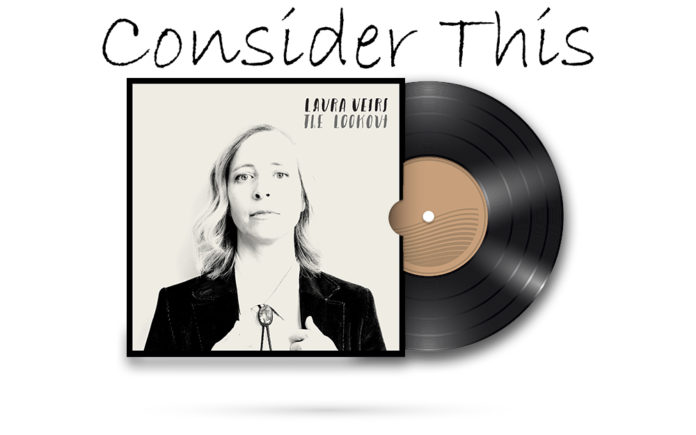 Back in the early ‘70s, a cigarette brand targeted toward women smokers, dreamed up a mansplain-y ad campaign that exclaimed “You’ve Come A Long Way Baby!” thus equating the Women’s suffrage movement and Women’s Lib with a pastel packaged cigarette that refreshed the weaker sex during menses… or something.

During this same era, Rock N’ Roll was working through a protracted adolescence, grudgingly allowing women to enter its ranks. Even so, girls, as they were condescendingly known, were held to a different standard. In the ‘60s, Joni Mitchell gave up her daughter for adoption so she could continue pursuing a career in music. Even in the ‘70s, Stevie Nicks made the conscious decision to forgo marriage and motherhood, channeling all her energies into creating and performing music.

These days, things have gotten a little better, although the same rigid double standard remains in place. Male musicians never get asked how they balance career and family, but female musicians are still made to feel guilty for wanting it all. Not surprisingly, multi-tasking women (really, are there any other kind), manage to maintain kids and marriage while still following their muse. In fact, Laura Veirs’ latest record, The Lookout, seems fully informed by her thoroughly domestic life as a wife with two sons.

Born in 1973, Laura grew up in Colorado Springs, Colorado. Music was around when she was a child, but she kind of took it for granted. Enchanted by nature and science, her first career goal was trapeze artist. It was while she was attending Carlton College, the small liberal arts school in Minnesota, that she started taking music seriously and began playing guitar. Punk Rock was a gateway drug, and she managed to join an all-girl Punk band called Rair Kx. By day, she studied Chinese and Geology, at night she played dimly lit clubs and bars. By the time she finished school, her tastes were leaning toward older Country and Folk. Following a stint in China, she began writing lyrics and setting them to music.

By the late ‘90s she had relocated to Seattle, determined to pursue a career in music. She supported herself working as an ESL teacher and part-time gardener. Taking a page from Ani DiFranco’s D.I.Y. playbook, she self-released eponymous debut in 1999. Spare and Folk-flavored, it just featured Laura and her guitar.

By her second record, 2001’s The Triumphs And Travails Of Orphan Mae, she had connected with producer Tucker Martine. He has worked on all her subsequent albums; Troubled By Fire, Carbon Glacier, Year Of Meteors, Saltbreakers, July Flame, Tumble Bee and Warp And Weft. While her sound blurred the lines between Country, Folk and Pop, lyrically she tackled a wide range of topics, referencing Geology, Science and Space as much as love and romantic relationships. Her conversational singing style was equal parts intimate and matter-of-fact. In 2007 she noted, “I like to be personal in my writing, but not overly confessional.”

Along the way, Laura and Tucker’s relationship veered from professional to romantic; the couple married and are raising two young sons, Tennessee and Oz, in Portland, Oregon. In 2016, she entered into a professional partnership with Neko Case and k.d. lang. Billing themselves as case/lang/veirs they released a self-titled record that felt like a distaff Crosby, Stills & Nash and echoed Trio the historic 1987 collaboration between Dolly Parton, Linda Rondstadt and Emmylou Harris. Case, lang and Veirs’ harmonic convergence received rapturous reviews and landed at #33 on the Billboard charts.

Following a 20-city tour, the three chanteuses returned to their own solo pursuits. Laura, intrigued by the dichotomy of being a working musician and mother, began “Midnight Lightning,” a podcast that explored the balancing act of music and motherhood. She began interviewing other musicians like Rosanne Cash, Me’shell N’degeocello and Wrecking Crew legend Carol Kaye. In the midst of all that, she has written and recorded her 10th album, entitled The Lookout.

The opening cut, “Margaret Sands” is light at airy, with finger-picked acoustic guitar buttressed by prickly bottle-neck riffs. As her vocals flutter and sway in the breeze she offers a cryptic and concise encomium to Margaret and her “opalescent gaze.”

Laura steps out of her Folk-Rock comfort zone on several tracks. “Everybody Needs You” layers drone-y synths over in-the-pocket percussion and brittle guitar pyrotechnics. The song’s sleek curves recall the cosmopolitan Folkitude of late ‘80s singers like Suzanne Vega and Shawn Colvin.

Both “Heavy Petals” and “Seven Falls” blends Country flavored pedal steel with subtle Jazz shadings. On the former, shuddery piano notes are bolstered by a tick-rhythm and clarinet flourishes. Laura’s winsome vocals almost Camouflage serious lyrics that warn of a “tenderest rage that no one can see.”

The best songs here, “The Lookout,” “The Mountain” and “The Canyon,” unfold one after the other. Despite having deceptively simple, almost utilitarian titles, each one is something of an aural banquet. The title track weds a thumping “skip-to-my-lou” beat to splintery shards of guitar, a sawing string section and Laura’s double-tracked vocals. The lyrics sneakily pay homage to her soulmate, Tucker who is her “lookout on the ground, making music from the broken shit you found.” On the bridge she wonders “What if I had never stumbled into you? What if you had never stumbled into me/The world as we know it simply wouldn’t be, simply wouldn’t be.”

“The Meadow” opens quietly, diffident vocals lap over dissonant piano chords. An achingly pure roundelay, Laura uses economical language to recall the uncluttered landscape of her youth; “No walls, no ads, no black balloons waving from a chain link fence.” As the piano notes become more painterly, serpentine strings slither through the arrangement, underscoring this admission; “and we knew it wouldn’t last, it was beautiful.”

Other interesting tracks include “When It Grows Darkest,” an ominous plea for peace and civility. Then there’s the Schoolhouse Rock waltz of “Lightning Rod.” The jaunty “Watch Fire” features guest vocals from Sufjan Stevens. The album closes with “Zozoba” a hushed account of the annual pagan puppet burning that happens in New Mexico at the Fiestas de Santa Fe.

10 records in, Laura continues to combine lithe melodies, crisp arrangements and lyrics that shape-shift from eloquent to melancholy to playful. As mother, musician and wife, it feels as though she’s actually achieved her original ambition as Trapeze Artist. The Lookout finds her up on the high wire, striking a balance and hitting all her marks.