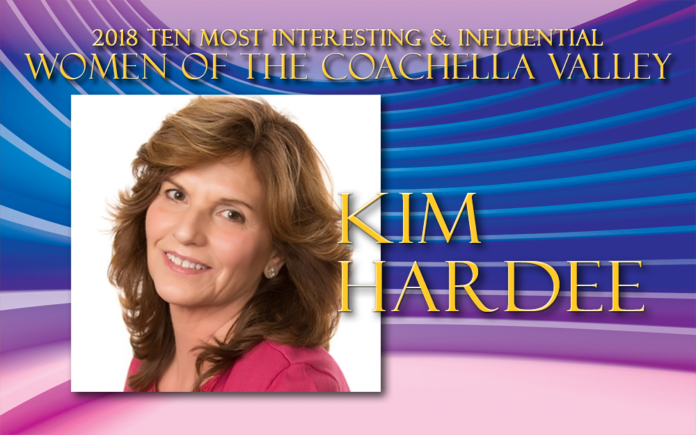 The Fantasy Springs Casino large event center was a sight to behold on August 28-29, 2017, when hundreds of leashed dogs and crated cats received an array of amazing services.  Their humans lined up gratefully to receive vaccinations to keep them healthy, required rabies shots, microchipping, free collars and name tags, and of course spaying and neutering.  Three spay and neuter mobile units sterilized over 200 animals.  Kim Hardee was at the helm, orchestrating an array of volunteers and organizations.

Kim Hardee, Indio resident and animal advocate, is the driving force and director of C.A.N., the Coachella Animal Network. This “one woman” army, backed up by a team of volunteers, works tirelessly fighting to reduce the suffering and euthanasia of dogs and cats.  This “rescue warrior” fights for every animal to have health, happiness and a home. 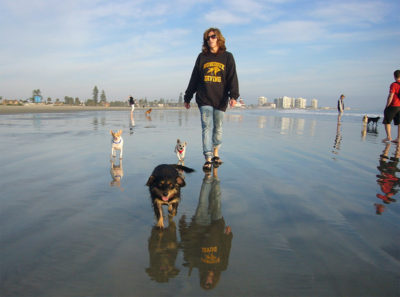 Kim was distressed to see so many stray and sometimes injured animals running loose.  Thousands of unwanted Coachella Animals battle hunger and disease.  She witnessed litters of newborn kittens and puppies dumped in fields where some succumbed to a painful death. Kim rescued and tried to find homes for many of them. She realized that overpopulation is the leading cause of pet deaths, and she understood the way to ensure a No-Kill Coachella Valley is mass spaying and neutering.  The need for low cost services was greatest in our East Valley.  Discovering that it could cost over $700 to spay a large size dog, Kim concluded that cost is the primary obstacle facing working families and fixed income seniors.

Kim remarked to a friend one day that she wished someone would do something to help.  The friend responded, “Why don’t you do something”.  That was all she needed to hear.  Kim teamed up with Animal Action League’s mobile clinic and founded her own nonprofit 501(c)3 organization.  Kim explains, “We have all these unwanted animals, and everyone was just talking about the need for more spaying and neutering.  Our government can’t solve the problem alone.  My heart breaks every time I see a stray animal, abandoned, and often emaciated.  I feel the community needs to take responsibility for these helpless animals.  We need more businesses and private citizens to join the fight and sponsor a clinic.” 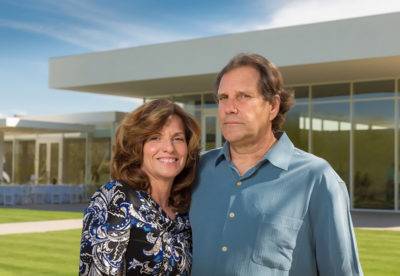 Outspoken and direct, Kim does not back down when it comes to speaking up for those creatures who have no voice and for the humans who cherish them.  When county animal control officers went door-to-door issuing costly citations to dog owners, Kim brought public attention to this issue.  She arranged for the pet owners bring their citations to her clinics in order to meet licensing and other requirements.

Kim grew up as the only girl in a family with 6 brothers.  Her dad was a drill sergeant in the Marine Corps. At an early age, she learned how to fight and not back down. She developed an attitude that obstacles could be overcome with disciplined perseverance.  After she made many presentations at their city council meetings, Kim eventually earned the respect and full support from the City of Indio.

Kim’s husband John Hardee is her partner in life, her partner in business, and he also shares her love for animals.  John is always present, working behind the scenes, providing moral support and ensuring the many details in a massive spay and neuter clinic run smoothly.

Kim and John operate an AV Production Company, ICON Productions, working with many Coachella Valley charities including Act Up for MS, The Desert Aides Project, and the Find Food Bank to name just a few.  Some of their productions keep them busy beyond a 40-hour work week, but this high energy woman then volunteers countless more hours organizing C.A.N’s monthly clinics. 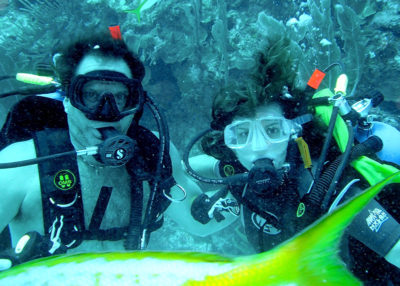 In April, Kim celebrated 21 years of sobriety.  She is an alumni of the ABC Recovery Center in Indio, and met John while attending their program.  Kim is dedicated to helping others achieve their goal of sobriety, and she serves on the organization’s board of directors.  Many of C.A.N’s spay and neuter clinics take place at the ABC Recovery Center’s spacious facility, a location convenient for East Valley pet owners.  Kim explains, “The ABC residents are the best volunteers. Working to improve the lives of animals often has an impact on people who sense their unconditional love and optimism can lead us humans to a better future.”  For people overcoming challenges in their lives, dogs have a way of inspiring them to reach goals and excel in ways they never imagined.

Kim thoughtfully chose a name for her organization whose initials spell out the word CAN.  She believes that Working together as a community, we all CAN solve the homelessness and suffering of our animals.  C.A.N has sterilized over 5,600 animals since 2013.  That number means that tens of thousands of unwanted animals have not been abandoned in fields or in shelters.  The Riverside County Department of Animal Services shelter in Thousand Palms reports that intakes are significantly down.  Euthanasia is reduced, as the public becomes educated about the crisis.

It costs over $3000 to do a one day clinic that includes vaccinations.  Kim raises the needed funds from businesses and animal lovers.  The cost for everything is $50 to the pet owner.  Kim provides services to pets belonging to homeless people, and no one is turned away for lack of funds.  Check out C.A.N.’s website at www.coachellaanimalnetwork.org, and call for reservations at (760) 848-4284.  One day at a time, one dog at a time, one cat a time, one more family able to afford having their animal…..all thanks to one inspiring woman who does not take “No” for an answer.