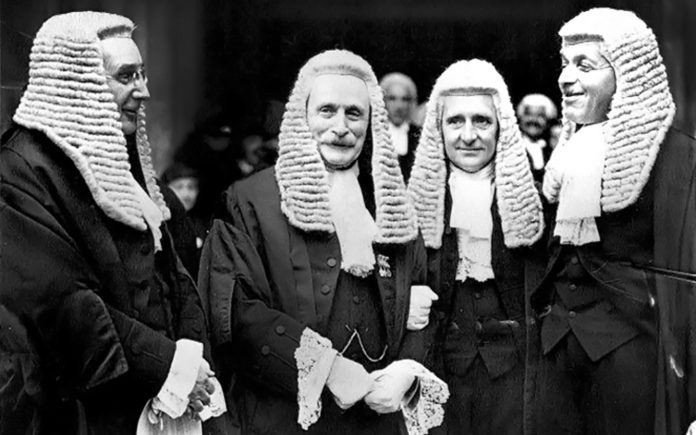 When a Gallup Poll asked Americans to rank the ‘trust and honesty’ of people in various professions, lawyers ranked near the bottom with only 18% of Americans holding favorable views. A subset that consists mostly of lawyers (aka Congress) had the lowest favorable ratings at 8%. For comparison, nurses came in first with 84% viewing them favorably.

Our negative opinion of the legal profession dates back to colonial Connecticut and Virginia where lawyers were prohibited. The first lawyer in America, Thomas Lechford, did not do the profession any favors when he was disbarred for jury tampering back in the 1600s.

It was not until the mid to late 1800s when the United States got its first law schools although there was no formal testing system until the start of the 1900s.

Fast forward to modern day America and all attorneys must pass State Bar exams to practice in a state.

At the most recent sitting for the California State Bar this year, only 34.5% of all test takers passed the exam. These numbers are skewed toward making the pass rate look higher than it is as the State Bar excludes those who do not finish the test from ratios.

For comparison, if California adopted a passing score that was the same as New York (which is essentially the average passing score for all states), 87% of all California test takers would pass. This means that nearly 1,800 people who failed in California who would have passed in most states.

Looking outside of the legal field, the pass rate for doctors taking a medical exam is 90%.

Should becoming an attorney be tougher than becoming a doctor?

Twenty of twenty-one accredited law school deans in California have written to the California Supreme Court complaining about a “draconian” testing approach that a former dean of the Stanford Law School could not pass on her first attempt.

When the executive director of the California State Bar, Elizabeth Rindskopf Parker, was asked by the California State Assembly’s Judiciary Committee as to why California has higher score requirements than any state except for Delaware, Ms. Parker said, “there is no good answer” and that it was due to tradition.

Many believe that the high score is not due to tradition but a way to form a protectionist barrier that limits the number of attorneys practicing in the state. Additionally, they cite a poor policing effort against large firms known to ‘play loosely’ with the law.

Those looking to reform the testing process believe that the exam needs to move away from its current ‘pure memorization’ approach toward one that tests the student’s ability to do legal research.

While the State Supreme Court may have agreed to study the issue, many believe that accredited law schools will lodge a lawsuit against the State Bar. Each law school dean believes that the current test and its low pass rate do not create a better pool of lawyers but a better group of test takers who do not know the law any better than many of those who fail. 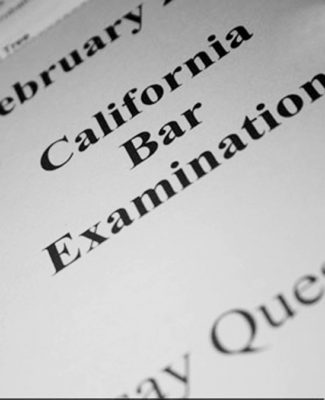 As it relates to policing efforts, critics complain that larger firms that ‘play loosely’ with the law are seldom penalized. Taking a quick look at our local legal professionals, only Daryl L. Binkley of Palm Desert was disbarred this year following 14 counts of misconduct. Two attorneys have had their licenses suspended: George S. Wass as he repeatedly failed to provide proof that he passed a professional responsibility exam, and; Barbara A. Bell of La Quinta following her conviction for driving drunk without a driver’s license and with children in the car. Jose A. Rodriguez of Coachella received a Public Reprisal as part of a disciplinary hearing for “harassing the opposing parties” and failing to pay $3,000 in fines related to that conduct. There are no instances of lawyers at larger firms in the valley facing penalties of any kind.

Haddon Libby is an Investment Advisor, Fiduciary and Managing Partner of Winslow Drake Investment Management and can be reached at 760.449.6349 or HLibby@WinslowDrake.com. Please visit www.WinslowDrake.com for more information.