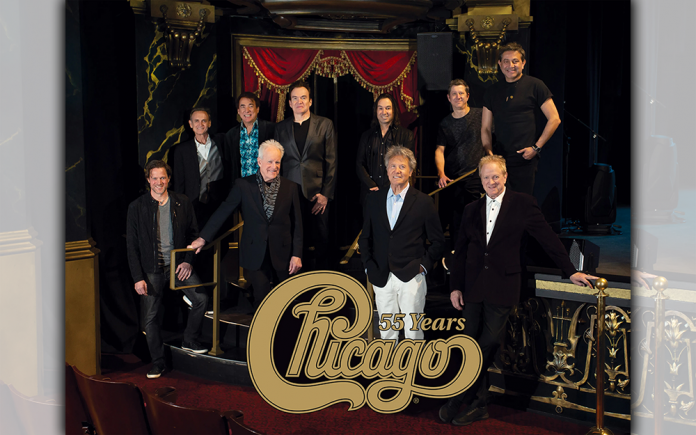 Hailed as one of the “most important bands in music since the dawn of the rock and roll era,” the legendary rock band, Chicago, is returning to the Special Events Center at Fantasy Springs Resort Casino on Saturday, Sept. 17. Tickets start at $59 and go on sale at 10 a.m. on Friday, March 18 at the Fantasy Springs Box Office, via phone (800) 827-2946 and online at www.FantasySpringsResort.com.

The group recently received the Recording Academy’s Lifetime Achievement Award from the Grammys. The prestigious award celebrates performers who have made outstanding contributions of artistic significance to the field of recording. A special award ceremony and tribute concert celebrating the honorees was held in 2020.

Chicago came in as the highest charting American band in Billboard Magazine’s Top 125 Artists Of All Time. And the group is the first American rock band to chart Top 40 albums in six consecutive decades. They were also inducted into the Rock and Roll Hall of Fame in 2016.

Robert Lamm and James Pankow became inductees of the Songwriters Hall of Fame in 2017. The iconic songwriters wrote mega-hits such as, “25 or 6 to 4,” “Saturday In The Park,” “Feelin’ Stronger Every Day,” “Make Me Smile,” and many others.

The International Trombone Association presented its 2020 Lifetime Achievement Award to James Pankow. The award recognizes people who have distinguished themselves by their contributions to the trombone profession over a long career.

Chicago’s multitude of lifetime achievements include two Grammy Awards, two American Music Awards, Founding Artists of the John F. Kennedy Center for the Performing Arts, a star on the Hollywood Walk of Fame, a street in Chicago dedicated in their honor, and keys to and proclamations from an impressive list of US cities.

Chicago have toured every year since the beginning and 2022 marks Chicago’s 55th consecutive year of touring. The current lineup includes original band members Robert Lamm on keyboards and vocals, Lee Loughnane on trumpet and vocals and James Pankow on trombone. The group also features Wally Reyes, Jr. on drums, Tony Obrohta on guitar, Lou Pardini on keyboards and vocals, Ray Herrmann on sax and flute, Neil Donell on vocals, Brett Simons on bass and Ramon “Ray” Yslas on percussion.

Chicago continues to be true ambassadors for their beloved hometown, carrying the city’s name with pride and dignity around the world.