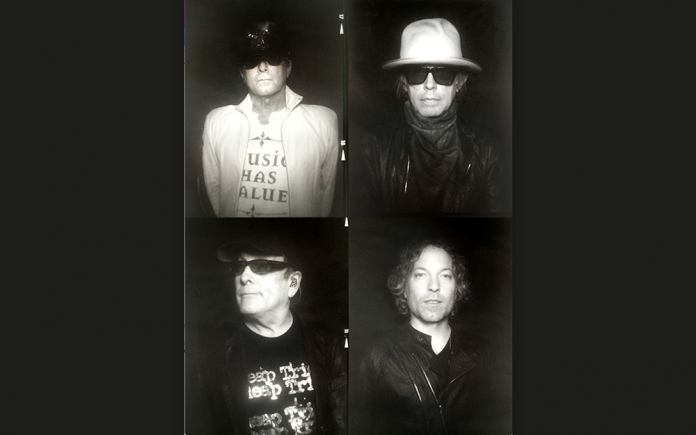 Iconic band Cheap Trick will bring their massive catalog of hit songs to the Special Events Center at Fantasy Springs Resort Casino at 8 p.m. on Saturday, Nov. 19. Tickets start at $49 and go on sale at 10 a.m. on Friday, July 8 at the Fantasy Springs Box Office, via phone (800) 827-2946 and online at www.FantasySpringsResort.com.

Cheap Trick are an indisputable American institution, beloved around the globe since 1974 for their instantly identifiable, hugely influential, brand of pop rock ‘n’ roll. The band – Robin Zander (vocals, rhythm guitar), Rick Nielsen (lead guitar), Tom Petersson (bass guitar), and Daxx Nielsen (drums) – are true pioneers with an unparalleled streak of certifiably classic tunes, from “California Man” and “Dream Police” to “Surrender” and “I Want You To Want Me.”

2016 saw Cheap Trick’s long-awaited induction into the Rock and Roll Hall of Fame. The event honored both the band and the pioneering sound that has earned them total record sales in excess of 20 million featured appearances and more than 40 international gold and platinum certifications. Cheap Trick closed the 2016 Rock and Roll Hall of Fame Induction Ceremony with a show-stealing performance that prompted Rolling Stone to rave, “Their smoking three-song set (was) played to perfection, with Zander hitting all the notes he hit at Budokan back in 1978.”

In 2017, Cheap Trick released “We’re All Alright!” and “Christmas Christmas.” With the former album’s first single “Long Time Coming” enjoying an unprecedented run of 14 weeks at No. 1 on the Mediabase Classic Rock chart and, the album received loud applause from the press following, with Paste flat out raving, “Having been an active band for more than four decades, Cheap Trick continues to be a model of freakish consistency… Quick, think of any other American rock band formed in ’70s who is still putting out albums in the modern era that not only don’t embarrass the band but repeatedly revitalize their career. The list starts and stops with one name: Cheap Trick. They’re not going anywhere, so you might as well start listening.”

“The energy levels are astounding,” shouted Classic Rock from the UK, “with producer Julian Raymond extracting a sonic attack that makes Rick Nielsen, Robin Zander, Tom Petersson and Daxx Nielsen sound like they’ve been locked in an industrial hangar with a bunch of fireworks.”

“If 2016’s terrific “Bang Zoom Crazy… Hello” was a long-awaited comeback after a seven-year lapse, then this year’s rapid follow-up shows that was no anomaly,” declared American Songwriter. “Few acts inducted into the Rock and Roll Hall of Fame, as Cheap Trick deservedly was in 2016, are cranking out music as fresh, honest, energized and explosive as these guys have released in the past two years. And if this recent burst in activity keeps going, they will be the poster boys for how ageing rock and rollers can stay relevant without selling out or trying to be hip… long live Cheap Trick.”

In May 2018, the band released their single, “The Summer Looks Good On You.” The Rock & Roll Hall of Famers co-produced the electrifying rocker alongside their long-time collaborator, Grammy Award winner Julian Raymond (Glen Campbell, Fastball).

The song was the first glimpse at the band’s 20th studio album, “In Another World” which debuted at No.1 on the Billboard Rock Chart upon its release in Spring 2021, their highest first week chart placement in their long, remarkable career. The record also bowed at  No.1 on the “Record Label Independent Current Albums” chart, No. 5 “Current Digital,” No. 6 “Top Current” and “Internet,” No. 7 Top Albums,” and No.10 “Digital.” To add to the excitement, the album’s single, “Light Up The Fire,” peaked at No.1 at Classic Rock Radio both Mediabase and BDS.

Cheap Trick recently completed a sold-out four night run in Las Vegas in which they played 84 songs with only five repeats.

Tickets for Cheap Trick start at $49 and go on sale on Friday, July 8 at the Fantasy Springs Box Office, via phone (800) 827-2694 and online at www.fantasyspringsresort.com.