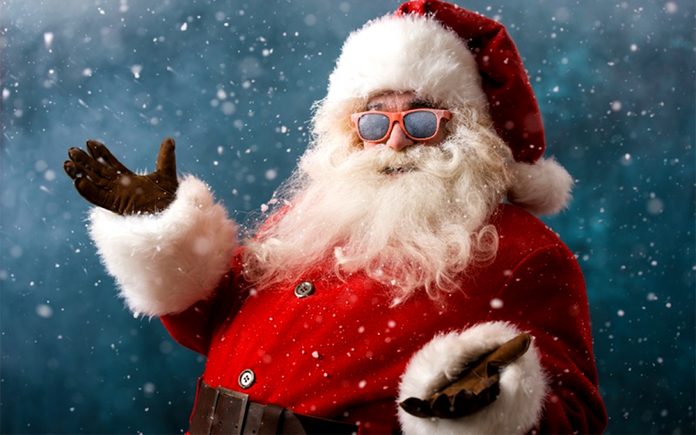 I always enjoy Harvey Mackay’s articles. I thought this one was especially good, and the timing was right. Enjoy the article and share it, as it is a good reminder for all of us!

No matter how you celebrate the holidays, or even which holidays you celebrate, chances are you know about Santa Claus. The jolly old guy brings merriment to the season, but he also teaches us many valuable lessons.

Of course, the first is the value of giving. Aside from milk and cookies, Santa doesn’t get anything in return for all the gifts he shares with others. That is the real spirit of giving: not expecting anything in return. The joy of giving is reward enough.

Santa is a genius in marketing and public relations. His image is everywhere, and I’m pretty sure he doesn’t pay a dime for the exposure. He attracts crowds wherever he goes. Businesses put him front and center in ads, decorations, even in big comfy chairs in prime locations in shopping malls. They practically beg him to show up!

He is recognizable and hasn’t changed his basic look since time began. More people can identify Santa than the president. His distinctive style of dress will never get him on a best-dressed list, but he doesn’t concern himself with that. His message has remained the same: a simple “Ho, Ho, Ho.” He doesn’t drive the latest model car. He is who he is and is content with that. What he does is more important than fad or fashion.

His attitude is contagious. He is always positive, reminding young and old alike to be good for goodness’ sake. How he keeps track of who is naughty or nice doesn’t really matter — he encourages everyone to be their best. He rewards good behavior. And who doesn’t like to be recognized for trying?

Santa respects deadlines. He knows from one Dec. 25 to the next that he has customers to satisfy. He is beholden to the calendar. It wouldn’t work to try to stretch it into January or February. Reliability is an important trait.

Santa understands the value of tradition. Most of us have family or cultural traditions that bind us together. Businesses have traditions that customers anticipate. But have you ever noticed what happens when someone tries to change a long-held tradition? Santa knows better.

Customer service is high on his priority list. He aims to please, and he rarely disappoints. I’m guessing he reads every letter written in a childish scrawl before he makes his list. If you happen to overhear a conversation between Santa and a child asking for the hottest toy of the year, you will likely hear a promise to do his best, but he has some other great ideas too. He won’t promise what he can’t deliver.

Teamwork is central to his operation. The demands on him are enormous. He understands that he can’t do it alone. A workshop full of elves and a team of nine little reindeer help him accomplish an impossible task year after year. I’ve heard there is magic involved, but I have no evidence to support it.

In that same vein, he epitomizes leadership. He leads his team, but he also guides the rest of the believers toward the right path. He is consistent with his values. He is patient. He works hard. He is forgiving of mistakes and loves what he does. And that brings me to my next point.

I’m fond of saying: “Love what you do, and you’ll never work a day in your life.” There can be no question that this guy wouldn’t want to do anything else. Santa couldn’t do what he has done for centuries without real enthusiasm for his efforts.

Santa takes his work very seriously, but he doesn’t take himself seriously. He loves to laugh, make people happy, bring surprises and spread good cheer. Santa understands that fun is good. In a world full of serious problems, bringing a little happiness is a welcome relief. We can all do something to brighten someone else’s day.

Thank you, Santa, thank you Harvey Mackay for a great reminder: https://lnkd.in/d_9Z58ei

Merry Christmas and Happy Holidays to All!