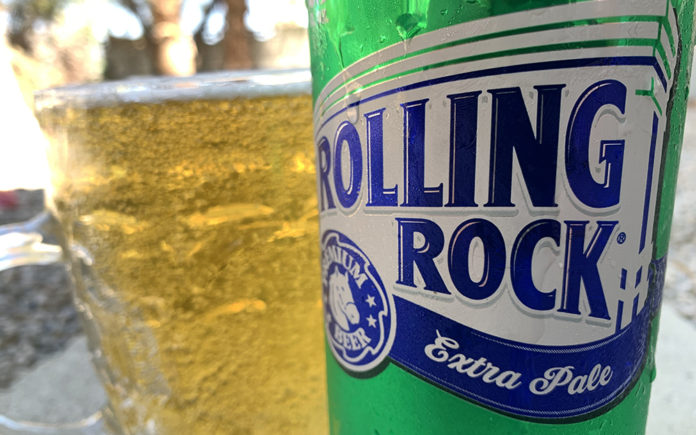 Once a proud independent lager that enjoyed immense popularity and almost-craft beer status, the unfortunate decline of Rolling Rock lager echoes the decline of the city it hails from, Latrobe, PA. When a large corporation buys a successful small brewery, the fear is that its beer will be stripped of the character and integrity that helped make it so successful in the first place, as megalithic brands generally aim to please shareholders and not beer lovers.  Rolling Rock has unfortunately become the greatest example of a beer removed from its spirit and roots, and AB Inbev is the megalithic brewing corporation who did it.

Rolling Rock was born in the same small Pennsylvania town as golf legend Arnold Palmer, and TV icon Fred Rogers of Mister Roger’s Neighborhood. The first banana split was created in Latrobe in 1904 by David Strickler, and 35 years later, the Latrobe Brewing Company launched its flagship lager, Rolling Rock, named after the smooth pebbled streams from which the beer was made. Latrobe’s beer quickly grew into a source of local pride in a time when many small, independent breweries suffered from infected beer and poor brewing practices, the consistently clean and light flavor of Rolling Rock made it a regional favorite. The Latrobe Brewing Company used fermenting vessels that had an enamel coated interior, which was commonly referred to as “glass lining”. The enamel coat helps to protect the steel underneath it from corrosion and damage, cleans easier, and doesn’t transfer flavor to food or drink. Rolling Rock wisely marketed their beer’s flavor as coming from being fermented in those enamel coated tanks, and every bottle still states, “From the glass lined tanks of Old Latrobe” (even though the beer itself hasn’t been brewed in Latrobe in over a decade; more on that later). 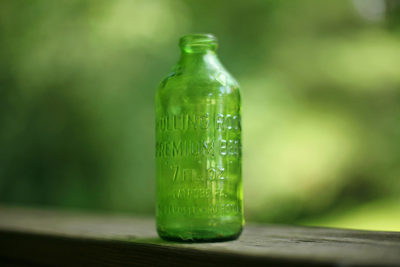 Green Bottles in both 7 and 12 oz sizes became Rolling Rock’s marketing strategy, helping the company to stand out amidst the clear or brown bottles used by their competitors. The little 7 oz bottles were known as “pony bottles” for their small size, and when Rolling Rock began using the horse as part of their branding logo, many people attributed the name “pony” to Rolling Rock’s horse theme. The beer itself was said to have a refreshing and slightly tart quality, which many brewers over the years have pointed out as being DMS (dimethyl sulfate), a flaw that comes from not boiling your wort long or hard enough to drive those volatile compounds out of the liquid. It’s a flavor reminiscent of green apples yet Rolling Rock’s appeal to its fans didn’t diminish. Rather, that tart quality became its signature flavor, and Rolling Rock became known as the beer that tasted like DMS that people loved anyway.

The Latrobe Brewing Co spent the 70’s and 80’s seeing significant growth, even introducing a light beer in 1985. The company peaked in 1994 and was ranked as the eighth largest brewery in the United States, brewing more than 80,000 barrels annually, and having brewed a million barrels of beer since its first batch in 1939. Despite these peaks, events were already in place that would see the brand decline.

Canada’s Labatt Brewing Co purchased the Latrobe Brewing Co in 1987, with plans to shape and market Rolling Rock for the emerging micro-beer market. While the green bottles did become synonymous with blue-collar work ethic, the micro-beer market was about pale ales, hefeweizens and IPA’s, and did not embrace Rolling Rock as a micro-brewed beer. With its peak in the early 90’s as the eighth largest brewery, this was not enough commercial gain to satisfy Labatt, and they sold the Latrobe Brewing Co to Belgian brewing conglomerate corporation Interbrew (which merged later into inBev) in 1995. Interbrew/InBev milked the brand for all they could before selling it to Anheuser- Busch in 2006.

And that’s where things started to go very wrong.

AB uprooted production of Rolling Rock from Latrobe, PA, and moved it to Budweiser’s brewing facility in Newark, NJ, brewing it alongside all of the other brands it had acquired. Without the local water source, glass lined tanks, and original brewing process that gave the Pennsylvania based American lager its subtle character, Rolling Rock became indistinguishable from every other beer in AB’s portfolio. The people of Latrobe protested and boycotted, and craft beer fans who never quite embraced Rolling Rock the way they did Dogfish Head and Victory Brewing Co, now openly despised the product for being a corporate shill. Rolling Rock’s popularity has suffered since the acquisition, and a google search for 2018’s top cheap beers turned up almost every ubiquitous brand except Rolling Rock.

That is a damn shame, because despite its unfortunate reputation as a sellout, Rolling Rock Pale Lager is not a bad tasting beer. I regularly purchase 12-packs to bring to band rehearsal, where it’s blandly inoffensive flavor is a welcome draught between sweaty music sets. Grainy and lightly sweet, I pick up notes of rice and corn in the flavor, but none of the DMS that was infamously part of its taste. Rolling Rock can be usually found on sale and is a much milder flavored beer than others in its price range. Many former fans love to rag on this product, with some industry experts predicting a sad end for this once esteemed beer.