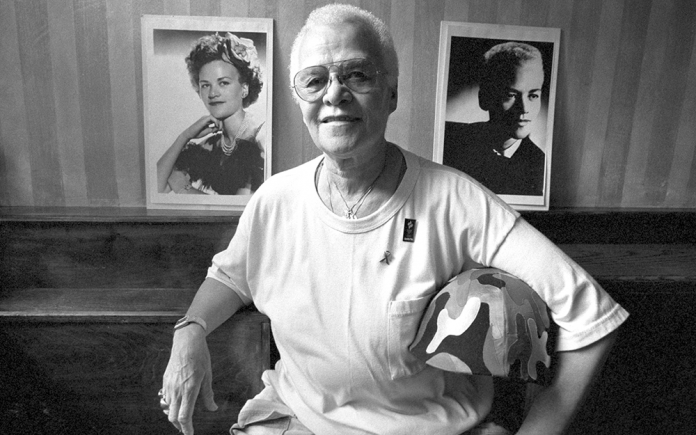 The month of June has become known as LGBTQ “Pride,” month. Across the country parades and celebrations are held to promote equality, joy and self-worth, because as a Facebook meme I recently read, said; “Pride is important because someone tonight still believes they’re better off dead, than being themselves.” 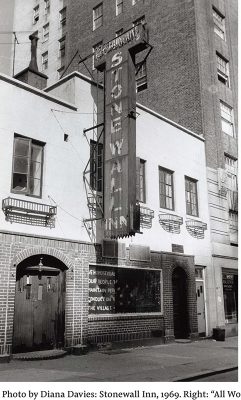 In 1948, Drs. Alfred Kinsey, Wardell Pomeroy, and Clyde Martin developed the Heterosexual-Homosexual Rating Scale—more commonly known as “The Kinsey Scale.” The first comprehensive published report on human sexuality.  It rated homosexual/heterosexual tendencies on a scale and put homosexuality front and center in the American consciousness, unleashing a reign of government-sanctioned terror.  The right-wing conservative persecution of the LGBTQ community is not a recent development, but rather a decades long assault on human rights and dignity.

By the 1940’s lesbians and gay men were being seriously vilified as threats to National Security because of their alleged emotional instability. As a result police all over the country declared war on any visible indicators of homosexuality. Lesbians were continuously arrested for impersonating men if they were not wearing at least 3 articles of female clothing. In a culture that adhered to strict male and female identities, butch lesbians were at constant risk of assault and arrest. The “Three-piece Rule“; was not an actual law, but based on old policies against masquerading in public.  Women who wore any sort of masculine clothing on the street or in the bars could be arrested because it was illegal to be “in disguise.”

These old laws were specifically used to target the LGBTQ community.  Lesbians and transsexuals were being accosted in bars and on the streets.  Police were using the ‘three-piece rule; to publicly check women’s underwear.” Using the law as an excuse for sexual assault and sexual humiliation. 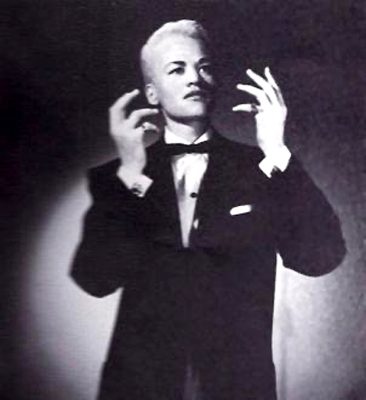 The raids, harassment, assaults and arrests continued throughout the 1950’s and 60’s. Secret, hidden lives were the norm, because public displays of queerness created great risks of sexual, physical, emotional and psychological assaults.  Rape has long been used and justified, as a means of a misogynistic effort to turn lesbians, straight.  Arrests of lesbians during earlier decades often resulted in sexual assault.

Though acceptance has become more common place in some areas of the world, it is unfortunate that even in parts of America today, hatred and fear of violence still exists for many in the LGBTQ communities. (As evidenced in the Orlando, Florida massacre that occurred on June 12, 2016 when a homophobic maniac killed 49 people and wounded 53 others in a mass shooting at an LGBTQ nightclub.)

The bars of the 1950’s and 60’s became a pseudo haven for gays and lesbians. The Mafia in New York saw profit in catering to the gay clientele, and by the mid-1960s, the Genovese crime family controlled most Greenwich Village gay bars. In 1966, they purchased Stonewall Inn (a “straight” bar and restaurant), cheaply renovated it, and reopened it the next year as a gay bar.

The Genovese family bribed New York’s Sixth Police Precinct to ignore the activities occurring within the club and even reportedly blackmailed the club’s wealthier patrons who wanted to keep their sexuality a secret.

The Stonewall Inn became an important gathering place. The bar was large and relatively cheap to enter and welcomed lesbians and drag queens, who were not often well received at other clubs. And it was one of the few—if not the only—gay bars that allowed dancing, because same sex couples on the dance floor were too risky for most establishments. Raids were still a regular thing, but usually corrupt cops would tip off Mafia-run bars before they occurred, so when the cops raided Stonewall on June 28, 1969, it was a major surprise, because no one had been tipped off.   Mayhem ensued, as patrons and employees were brutally beaten and arrested. 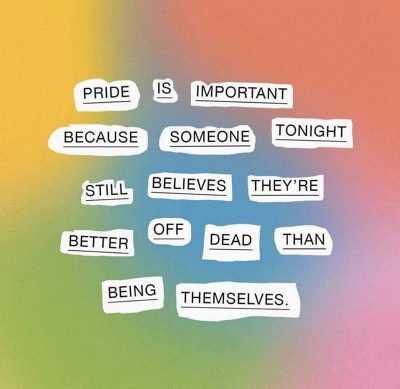 In the recording of history, women are frequently omitted.  Female stories and contributions are rewritten or overlooked.  The same is often true in the LGBTQ community where lesbians are frequently forced under the auspice of the ‘gay’ umbrella.  (All members of the LGBTQ community do not identify as ‘gay.’ A term most often used in reference to men.)   In the media, film and television, the majority of stories told, voices heard and faces seen, are those of gay men. Statistics reveal that lesbians are critically underrepresented on screen and severely overrepresented when it comes to character deaths.

In telling the history of the Stonewall Rebellion, which is credited as the beginning of the modern LGBTQ movement, it is often overlooked that it was a lesbian, who is reported to have instigated the resistance that night.  Crowds had gathered in the street and around the bar as cops beat, and forced handcuffed individuals into police vans.

One bi-racial, butch lesbian, Stormé DeLarverie, fought with at least four of the police, swearing and shouting, for about ten minutes as they tried to arrest her. Described by a witness as “a typical New York City butch,” she had been hit on the head by an officer with a baton and was bleeding from the wound, as she fought back.

Though no one can say definitively exactly how the outbreak started, DeLarverie, is reported to have sparked the crowd to fight, – and she claimed credit for it.  After an officer physically picked her up and heaved her into the back of a police wagon, she looked at the bystanders and shouted, “Why don’t you guys do something?” At that point the crowd went wild.  It was in that moment that the scene became explosive.  Some have referred to DeLarverie as “the gay community’s Rosa Parks.

That night in June 1969 has often been referred to as the ‘Stonewall Riots.” But DeLarverie, herself said; It was a rebellion, it was an uprising, it was a civil rights disobedience – it wasn’t no damn riot.”   LGBTQ history is a mixed bag.  It did not begin with the Stonewall Rebellion in 1969, but that is where the modern movement said, “enough is enough.”