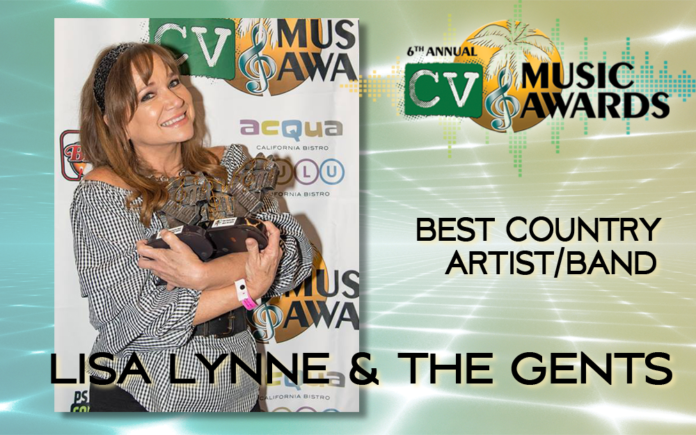 Not only is Lisa Lynn Morgan an award winning singer/songwriter, she has been a champion of local musicians. Six months into finding sobriety in September of 2011, Morgan has been a music writer for CV Weekly, has booked shows for herself and other bands at Schmidy’s, The Hood, Pappy & Harriet’s, Bobby Furst’s Furstwurld and several other venues before becoming the current Entertainment & Marketing Director at Big Rock Pub. She is also a regular guest-host for Open Mic at Pappy & Harriett’s. Morgan has brought national touring acts to the desert, including Ted Russell Camp (Shooter Jennings), legendary bands/artists Terry Reid and Great White, as well as highly in-demand Nashville singer/songwriters such as Granville Automatic, Bang Bang! and well known hit songwriter Travis Meadows.

She has also been extremely supportive of the new and younger bands coming up in the desert as well as providing a platform for more tenured musicians who, despite their massive careers, might otherwise get overlooked since they’re not currently pumping out top 40 hits. In June, Morgan won her fourth CV Music Award for Best Country Artist/Band (her sixth CV Music Award to date).  She is currently working on her first solo CD. She took some time to answer a few questions for us.

CVW: Tell us how you felt about winning the Best Country Band Award again?

Lisa Morgan: “You like me, you really like me!  I feel ALL Sally Fields up in here every year!  Every year I’m so grateful for the nominations…truly.  And every year I tell myself, that I’ve already won just by being nominated.  But I can’t lie.  Hearing our band’s name called as the winner in our category is an embarrassingly wonderful thing.  I’ve been very fortunate to play with some of the best around, and my ‘Gents’ deserve the recognition.  And every year I have to say that it’s this music community that inspires me and grows me.”

CVW: When will you be releasing your first CD? How many songs are on it? Who is producing it?

Morgan: “I’m recording my first CD at High Lonesome Studio with Chris Unck in Joshua Tree.  We’ve got the core tracks done on 6 songs and are currently tracking vocals this week.  It’s been a fascinating process hearing these songs develop.  My piano playing skills have been put to the test; I’ve been recording on a beautiful old grand piano born in 1899.  I’m absolutely awe struck at Chris’ talent in capturing and creating the feel of these songs. I’m not in a hurry and I don’t want to rush the process; I just want to do it right. But I can see a late fall or early winter record release party in my future.”

CVW: Do you feel that it’s harder being a female performer/artist here in the valley than it is for a man?

Morgan: “Funny, I’ve never really thought about that, so I guess I would have to say no.  At least not in this community.  Both the high and low desert communities are incredibly supportive of all the music that is blooming here.”

Morgan: “The first show where I ever performed original songs was at the Hard Rock Hotel, Palm Springs, a few years ago.  I and a few other local artists opened for Andy Grammer.  I felt an incredible connection with the moms and daughters in the audience and I work for that connection now in every show.  The other was for the 2017 CV Music Awards.  The power went out 2/3rds of the way into our performance.  We pushed through it in the dark, and the support of everyone there was incredibly inspiring.  Singing backup for Mickey Thomas of Starship and with Great White was pretty much out of body experiences altogether.” 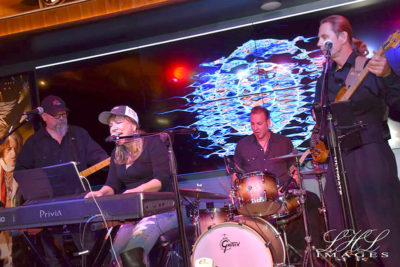 Morgan: “’519’ was the first song I wrote in sobriety about my sobriety. It represents a turning point in my life in more ways than one. ‘In My Defense,’ the song we performed at the CV Music Awards in 2017 when the power went out, is one of them.  There is also a new song coming out on my album that I am really excited about as well – ‘Don’t Call Me Stupid.’ An awkward title and an even more awkward opening line to a song I guess, but it may be my only ‘statement’ piece about our contentious times I ever write.”

Morgan: “Usually someone else’s; kidding not kidding? Janis Joplin and Patsy Cline always open me up to dig deep.  I imagine them listening so I feel I should honor them by attempting to bleed as much of my soul into them as they did.  I enjoy performing any song that connects with people in a genuine way.  Feeling is healing in my book, and if someone connects with something I wrote on an emotional level, then that is everything.”

Morgan: “I’ve been fortunate to play at some of the best.  I’ve played in Vegas at the Monte Carlo, Harrah’s, the old Stardust…but my favorites of all time are Pappy and Harriet’s, Furstworld and Big Rock Pub.  But the places that have truly been pivotal for me were Schmidy’s Tavern- that stage helped us all find ourselves a little bit.  Also Beatnik Lounge and Landers Brewery – they are where I’ve received the most encouragement and inspiration regarding writing and performing my own songs.”

Morgan: “My sobriety, Sept 15, 2011.  I wouldn’t even be here much less have much of a voice or inspiration to say or sing anything through music without it.  With that came a new attitude and determination to live fearlessly.  It’s a process and music has been a big part of that for me.”

Morgan: “Success, for me, is measured in two parts: The first, when you overcome fear, and push yourself outside of your comfort zone and it doesn’t suck. Quite honestly, every day I get to do what I love and make people happier by doing it, I am successful.”

Morgan: “Any one of my influences still living of course. It would be beyond cool to work with Wanda Jackson, Travis Meadows, Lucas Nelson.  I’d be happy with a onetime gig as a background singer with the Stones.  I feel as though I’ve already worked with some of the best – It’s hard to imagine better.”

Morgan: “I’m always the fan of the songwriter.  It’s all about the song.”

Morgan: “Desert Rhythm Project, Adobe Collective, Gene Jr. – I believe in our own music community and truly believe they deserve that platform.”

Morgan: “Lisa and the Gents (hey, a girl can and should dream), Grady James, Travis Meadows – not a realistic vision perhaps, but it’s one I really like.”

Morgan: “I’d be happy if they repeated the same lineup…just as long as they had one.  That was an amazing experience.  But to answer your question it would be pretty great if it brought bands together again like Jefferson Airplane/Starship with Grace Slick; if John Fogerty and the rest of CCR could pull it together for anything, maybe they’d pull it together for that.   But mostly I’d want to see Chrissie Hynde and The Pretenders, Joan Baez and Emmylou Harris represent the influential women of rock.  For them, it has definitely been more difficult to have a voice in the music industry. They have carved a path, seen and unseen for all of us.”