THE CALL OF THE WILD 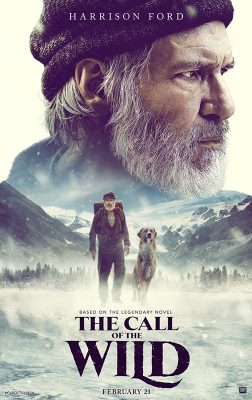 It’s hard to keep track of the many film versions based on Jack London’s beloved tale that was first published in 1903.

The basic story, set in the 1890s, centers on Buck, a big-hearted and powerful St. Bernard-Scotch Collie hybrid who lives a blissful life on Judge Miller’s sunny Santa Clara estate.  His comfortable days come to an abrupt end when gold is discovered in Canada’s Klondike region and there’s a sudden demand for strong dogs to pull a sled.

Buck is stolen and sold as a slave to work as a sled dog delivering mail to prospectors and miners.

When John Thornton, an experienced outdoorsman comes across the abused Buck, he saves the dog’s life and they go on the adventure of a lifetime together.  A well cast but almost unrecognizable Harrison Ford plays the grizzled, gruff voiced Thornton.

In interviews to promote the film, Ford said he appreciated how Thornton’s and Buck’s stories mirror each other.   “Buck heed the call of the wild and shed his domestic experience while Thornton was running away from his emotionally difficult life.”

Some of the brutality of London’s story has been muted.  But the shared emotions of love, compassion, rage and grief are as powerful as the raw elements the two battle.  For many, the most disconcerting thing about this ambitious and worthy enterprise is the motion-capture based CGI enhanced Buck.  There’s an uncanny and ultra-unnatural feel to the life, texture and world of London’s story as it unfolds on screen. 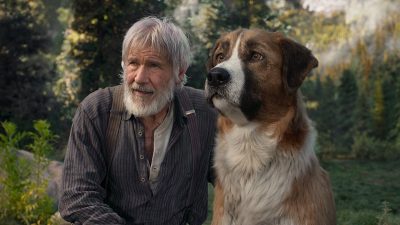 Suspending disbelief can be difficult when one is distracted by the technology – however wondrous.

In many ways, this is an art film.  Another cinematic showcase about how convincing photorealistic worlds can be on the big screen.  This often-striking film is not really aimed for adults, but the spectacular life and landscapes depicted can and should be appreciated for the breathtaking state of computer/digital art that filmmakers and storytellers can now utilize.

Chris Sanders (How to Train Your Dragon) directs with a sure hand and artist’s eye from Michael Green’s screenplay adaption of London’s novel. 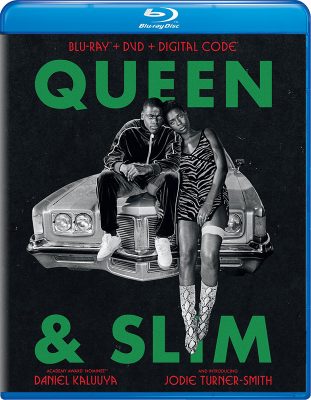 Daniel Kahuuya (Get Out) and Jodie Turner-Smith bring to life the titular characters in this fateful mish-mash of classic road movies that resonates with current events as much as it does films like Thelma & Louise, Easy Rider and even Two for the Road.

While on a forgettable first date together in Ohio, a black man (Kahuuya) and a black woman (Turner-Smith) are pulled over for a minor traffic infraction.  The situation escalates, with sudden and tragic results when the man kills the police officer in a clear case of self-defense.

Terrified and in fear for their lives, the man, a retail employee, and the woman, a criminal defense lawyer, are forced to go on the run.  But the shooting incident has been captured on video and goes viral, and the couple unwittingly becomes a symbol of terror of trauma, grief and pain for people across the country.

As they drive, these two unlikely fugitives discover themselves and each other under the most dire and desperate of circumstance, forging a deep and powerful love that will dominate the rest of their lives – however long that may be.