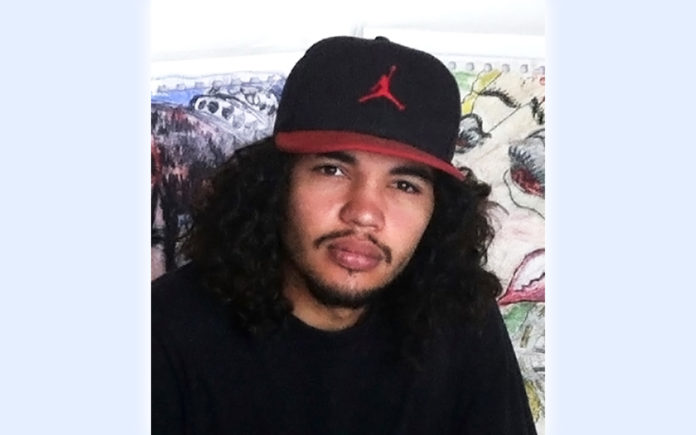 On November 23, 2014, Palm Spring’s based world champion boxer Mia St. John lost her 24 year old son Julian to suicide. It was determined that Julian had died from asphyxiation when he put a plastic bag over his head. St. John is well known for her championship boxing career and earned the name “The Knockout” going 49-14-2 with 19 knockouts. Her ex-husband, and Julian’s father, is soap opera star Kristoff St. John, Neil Winters from The Young & the Restless. We spoke with Mia St. John about her son, suicide & what we can do.

“My son is gone but he’s still here with me. His life here on this earth is no longer as it was. Julian had been diagnosed with paranoid schizophrenia when he was 17 and had become suicidal while off his medication and on a powerful substance, methamphetamine. The staff upgraded him to a 14-day hold, and then lengthened it again for an indefinite period, to give him adequate time to recover from methamphetamine use. I never looked at my son as ill. My son was a very gifted artist. Losing a child is the worst thing that can happen to any human being. There is nothing worse. What was taken from me is forever in this life. I cannot fully recover. The whole family has been injured and will never fully recover. But what can we do? What St. John has done is help others who continue to deal with the same types of issues her son did.

“What I do to get through my day is working with these young adults and helping them get through their life. We couldn’t save my son’s life. They tell me how much we’ve helped them. It brings me joy. I tell them, you’re helping me more than I’m helping you. That’s what gets me out of bed are these kids. In every single one of them I see my son. I loved my son for the person that he was, the artist that he was and the humanitarian that he was. All of this is because of him. He loved the homeless. He used to get mad at me because I would just pass them some money and keep walking and I wouldn’t talk to them. Now I will talk, sit and cry with them. There’s nothing so crucial in my day that I cannot give up some time for them, even if we’re busy. Anyone can give up 60 seconds to say ‘Hi, do you need anything? Are you OK?’ That’s all because of my son, because that’s what he did. We have a lot of people who reside in the Coachella Valley with mental health issues. I’m not going to say illness because they are all very gifted. A lot of them are young adults. They suffer from certain disorders; schizophrenia, bipolar, anxiety, depressive disorders and addiction. They also have a gift. They’re very compassionate, empathetic, artistic, and articulate, with severe mood swings and hear voices. If you met them you’d realize they are intelligent and so enlightened that at the same time they have something that can be torturous at times. That can lead them to attempt suicide. All of my students have attempted suicide. There’s nothing to be ashamed of. I doubt there’s anyone out there who can say they’ve never been depressed or have had anxiety. We’ve all suffered from time to time in our lives. None of us should ever be ashamed to say that.”

St. John is also the founder of the El Saber Es Poder/Knowledge is Power Foundation. An organization developed to empower our youth by providing educational material, equipment and development of Health & Wellness programs. miastjohnfoundation.org

This article originally ran in an October 2016 issue of CV Weekly and has been edited for this issue.