You and I may be serving witness to the decline of civilization as we know it.

In case you were in a coma over the last few weeks, Mr. Musk may have trumped Trump in twitter storms when he tweeted that he had secured the funding necessary to take Tesla private at a price that was 20% higher than Tesla’s already overly inflated price…where that price just so happened to be $420, a number with special significance in the cannabis community.

Most believe that Musk made his series of tweets in order to hurt people who bet against his stock which happens to be the most shorted stock in the world.

Musk has stated that he was not ‘high’ on marijuana at the time of the tweet.  As stated in a New York Times article, he blamed his poor twittering on the effects of Ambien and a chaotic schedule where he worked something like 45 days last month.  As reported by numerous sources, Musk may have also been on LSD aka acid at the time of the tweet.  The source of this insight is Azealia Bank’s, a friend of Elon Musk’s girlfriend.  While Musk initially denied that he knew her, he later admitted that she stayed at his house over the weekend following the now infamous tweets although he did not talk to her.

For what it is worth, the micro-dosing of acid or LSD, is in vogue with young execs in Silicon Valley.  It is supposed to help one in thinking outside of the box.  When taken in excess, paranoia and other manic behaviors often occur.  I wonder if that sounds like any entrepreneurs that we know? 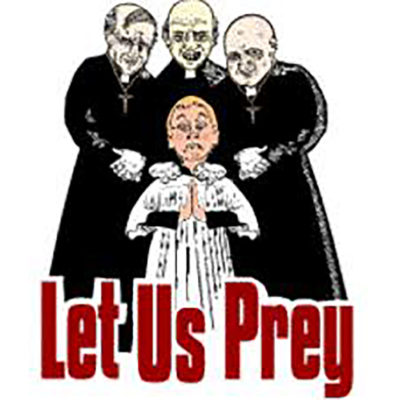 As Exhibit C, let me present the 93 year-old leader of the Church of Jesus Christ of the Latter Day Saints, Russell Nelson.  He insists that ‘Mormon’ and ‘LDS’ be stricken from the vernacular of society.  Why?  “The Lord has impressed upon my mind the importance of the name He has revealed for His Church,” said Nelson.  Nelson has been pushing for this change as one of the twelve leaders of the Church since at least 1990.  As he outlived others on the council, when the last President died, he assumed the position due to seniority.  Whoops!

As Exhibit D and as part of a scandal that never ends, an FBI investigation into the Roman Catholic Church in Pennsylvania found that church leadership had a ‘playbook’ by which leadership systemically worked to cover-up sexual abuses by their priests.  More than 300 priests in Pennsylvania molested more than 1,000 children.  “We saw Catholic priests weaponize their faith,” said Josh Shapiro, Pennsylvania’s Attorney General.

The playbook used words like ‘boundary issues’ when describing rape.  It was the church’s practice to move problem priests to new districts where the faithful did not know of the whispers.  The playbook stated that: all of the allegations of sexual abuse should be treated as a “personnel matter” and never involve the police.  Archbishop Donald Wuerl led the Pennsylvania church for most of the period investigated.

Wuerl currently serves as Archbishop in Washington DC.  So much for the church holding those responsible who covered up the criminal behavior.

I rest my case…for today.