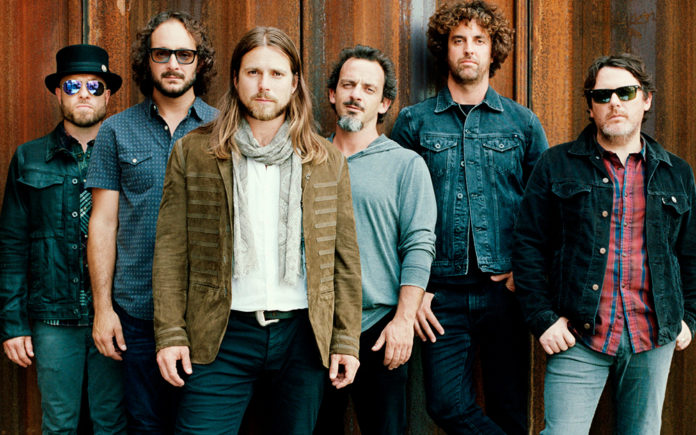 It’s no big surprise that tickets for Lukas Nelson and The Promise of the Real’s show at Pappy and Harriet’s this Friday are sold out.  They always pack the iconic venue.  If you don’t move quickly to the ticket link once they become available, you’re pretty much out of luck. Why? Because those of us who have seen Lukas Nelson and his band of sound and road warriors have experienced what no recording studio to date has been able to capture – a powerful, tangible, sink-your-teeth-in-it, awe inspiring energy that pours out from the stage that we can’t get anywhere else.  It brings us and every friend we can drag with us, back for more.

Clearly drenched in a simple earnest love, and passionate focus on the music, Lukas and band’s unearthly skill set might be attributed to some ethereal osmosis taking place on the bus they travel in and the uncountable hours of music that have been created inside it’s shell.  After all, it housed Willie Nelson and friends first.  While the evidence of their genetic bond is obvious in Lukas’ vocals and in his prolific, steady stream of songs, I think those of us who have become cultish followers of the band still, to this day, scratch our heads in astonishment, saying to ourselves, “So, this is Willie’s boy?”

The last three years have been huge for the band who could have easily been the poster kids for DIY (Do It Yourself).  The relationship they formed with Neil Young, after they earned his attention and respect at Farm Aid in their earlier years, paid off big time.  After touring and recording with Young in 2015, they shared the incredible national spotlight of the world renown 2016 Desert Trip. Here, they forged meaningful relationships that would be reflected in their first ever label supported album.

“What’s happened with us feels similar to the career trajectory of The Band,” says Lukas. “They were already a great band when they started working with Dylan, who lifted them up, which is similar to what Neil’s done for us. He’s also given people a chance to hear what we’re doing and what our own songs have to offer. Then we played the Desert Trip with Neil, along with Paul McCartney, the Stones, the Who and Dylan. That was incredible.  We met Lucius at Desert Trip. They were playing with Roger Waters—and still are. Then they came to the Bridge School Benefit, where we really got to know them. I love Jess and Holly—they really enhance the record.”

Desert Trip also brought Lukas to Bradley Cooper’s attention who at the time was directing and starring in a movie remake of A Star is Born.  “At first I was just helping him out,” Lukas shared. “And then I started writing with Stefani (Lady Gaga), who’s in the movie. We connected and she and I became really close. I got very involved in this film and ended up bringing the band into it as well.”

I was at the 2017 Stagecoach Festival the following April, on the same concert grounds that hosted Desert Trip when Lukas came on stage early with a surprise guest in tow.  We were all there to see Willie Nelson and Family perform on his 84th birthday when Bradley Cooper stepped up to a microphone.  Cooper announced that they’d be taking a few minutes before Willie came on to film a scene for A Star is Born. He apologized profusely and asked the crowd to pretend they could hear them since, for filming purposes, the sound would not be launched through the main speakers. 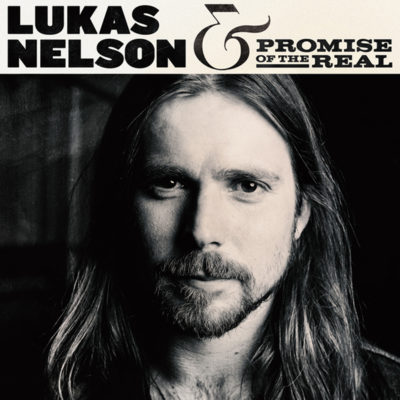 The Promise of the Real backed them up as Nelson and Cooper were filmed trading guitar solos.  I could hear a bit of the unamplified exchange dripping off the stage. I could have sworn I was watching Bradley Cooper legitimately lay down some serious guitar shred, but I couldn’t be sure, so during our interview, I asked Lukas.  “He actually really does sing and play really well,” Nelson confirmed.  “Interestingly enough, we recorded his live vocals on that scene. We ended up using that take in the movie. He just really killed it with no alterations or anything.  I’m really stoked at his talent.  I worked with him for a while, consulting with him and had a blast.  We’re good friends now, and I’m so proud of him.  Lady Gaga is really special too.  We wrote a lot of songs together for the movie. I even helped produce it.  It was a really fun project. I’m excited to see it come out.”

August 2017 provided another big first for the band; for the first time in this ten-year venture, the troop is enjoying major label support with the release of their newest, highly acclaimed, self-titled studio album.  Prior to this, the band depended on a strong work ethic and a rigorous touring schedule to get their music out to their potential fans.  I asked Lukas what it was about Fantasy Records that made him feel safe and confident enough to take a leap and make the commitment.  “It seemed that they were really grass roots and down to earth, but also had some capitol and power behind them with Concord being the parent company,” he answered. “It was the combination of their enthusiasm and their ability to help us that did it for me.”

The album, Lukas Nelson & Promise of the Real, was produced by John Alagia (numerous Dave Matthews Band LPs, John Mayer’s Room for Squares) and was recorded at The Village Studios in West Los Angeles. Stefani ‘Lady Gaga’ Germanotta (who convincingly plays the role of Bonnie to Lukas’ Delaney) added her signature vocals to the rousing “Carolina” and “Find Yourself,” while Jess Wolfe and Holly Lessig of the Brooklyn-based indie-pop duo Lucius provide backing vocals on five of the 12 tracks.  The re-release of, “Set Me Down On a Cloud,” opens up the album stunningly.  The song that was written for a fan who lost her child is a soul crusher, beautifully treated, sounding as open and inspiring as the big blue sky itself. It is followed by a technicolor filled musical journey with unexpected shifts in flavor, each unique and yet still signature Lukas and POTR. I would be very surprised if this album did not receive a nomination for Americana Album of the Year.

When asked how he felt about this album, Lukas shared, “I knew I had a lot of good songs that transcended the cultural boundaries between rock and roll and country. I wanted to get the songs as pure as they could be. We owe a lot to Neil; we made this record after coming off the road with him for two years. Neil’s been mentoring us, and we’ve been absorbing that energy, and I think it shows. We got acclimated to a different level of artistic expression. We’ve grown.”

“I feel really good about the album. It’s charting well,” he added.  “I think we were the No. 2 ‘New Artist’ on Billboard and iTunes.  We’re happy to have this record out there to build on and hopefully bring more people to our shows, like Pappy and Harriet’s.  It’s become very apparent how important it is to have this kind of help from a label.  We’re selling more records and getting out there in the press more.  I’m happy to be with Fantasy Records – they’re a great company.”

Lukas answered enthusiastically when I asked if there were already plans for the next album: “Yes! I’m trying to get into the studio at the end of this month and record some more demos to hopefully get some more stuff going,” he shared.

If you aren’t one of the lucky ones with a ticket to the show at Pappy and Harriet’s, Lukas Nelson and the Promise of the Real will be playing with Anders Osborne and Lola Lennox (yes, Annie’s daughter) at the Fonda Theater in Los Angeles, Wednesday, October 4th.  Tickets are still available last I checked.

To follow Lukas Nelson and the Promise of the Real, go to http://lukasnelson.com/

For information about Pappy and Harriet’s go to www.pappyandharriets.com