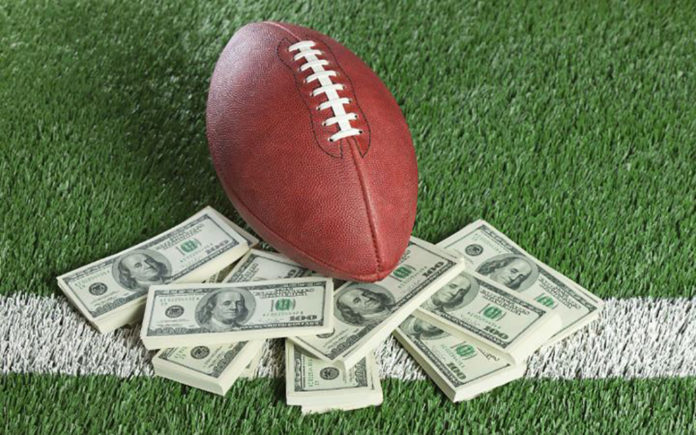 Odds on which team will win the Big Game in 2019 are already live and, even though free agency and the draft are still months away, Tilted Sports is taking a couple shots in the dark at which clubs we think will be in the mix to lift the Lombardi Trophy and which long shots have a chance to surprise.

Here’s our way too early look at the favorites and the long shots with the best value to win the Super Bowl next season.

Oddsmakers will stop listing the New England Patriots as the preseason Super Bowl favorites the minute anti-aging unicorn that is Tom Brady.

The Steelers possess all the offensive flash but made a change at offensive coordinator, and it sounds like things are about to get real ugly between management and running back Le’Veon Bell.

The Vikings are solid on both sides of the ball but who’s going to be taking snaps under center next season?

The Saints have the running game, and a young and improving stopper-unit, but Drew Brees is 39. Will he still have his fastball and can he carry New Orleans in games when the ground game is sluggish in his 18th pro season?

We feel much better putting our faith in Aaron Rodgers putting the Green Bay Packers back in the playoffs after an injury-marred 2017 campaign. Rodgers is still the best player in the league, at the most influential position, and Green Bay should be able to address its holes on the offensive line and defensive secondary in the draft this year.

The Chicago Bears could be a lot better next season but they play in one of the toughest divisions in the league. Getting into the playoffs is far-fetched but taking the over on them when NFL season win totals are released might be a good move.

The Browns are rumored to be interested in Kirk Cousins should the Washington Redskins QB become available. He would be a huge upgrade for them but probably not enough to get them to more than eight wins.

The Jets were better than most expected in 2017, but they’re still a mess at quarterback and aren’t expected to be major players in free agency.

It’s my opinion 2017 wasn’t a fluke for football fans in Los Angeles. The Rams are loaded on offense with talented wide receivers and arguably the league’s best running back in Todd Gurley. They have a boy-genius head coach in Sean McVay and one of the most disruptive defensive linemen in the game in Aaron Donald.

The San Francisco 49ers are generating buzz but are still at least a year away from contending and the Seattle Seahawks’ veteran-filled roster is on its last legs. The NFC West will belong to the Rams again in 2018.

This is a bet on Deshaun Watson coming back healthy and ready for the upcoming season. The quarterback was electric in his rookie season producing 1699 passing yards and 19 touchdowns in just six starts for the Texans. He’s recovering well from the knee injury and the team expects he’ll be able to participate in OTAs this spring with his teammates.

The Texans finished in last place in the AFC South which means they’ll get a softer schedule in 2018. They’ll play against the AFC East and NFC East and have the Miami Dolphins, Cleveland Browns and Denver Broncos filling out the rest of their schedule.