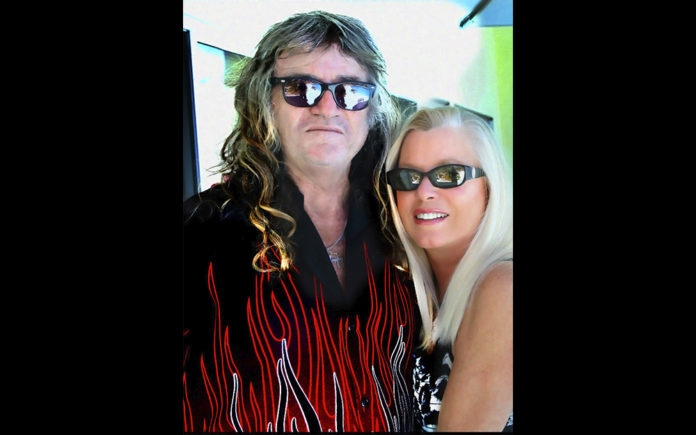 The Palm Springs Walk of Stars will honor Artist, Humanitarians and Coachella Valley residents, Mario Pikus and Rebecca Pikus, with the 420th Star Dedication.  The Dedication Ceremony will be held on Saturday, November 18, 2017 at 11am in front of Eight4Nine Restaurant located at 849 N. Palm Canyon Dr.  The ceremony is open to the public and the media. The After-Party will also be at Restaurant 849.

Mario and Rebecca Pikus are a dynamic couple who are artists and humanitarians — they have made huge contributions to every community in which they have lived.  In New York City they were responsible for the Loft Law which protected the rights of over 100,000 artists to live and work in their lofts.  Mario was appointed to serve on Community Board #1.  Their loft was a constant meeting place for art and cultural events embracing the artistic communities of Soho, Noho, and Tribeca.  Mario won his first art award at 8 years old!  When he arrived to NYC from Argentina, Jacques Lipchitz, the famous Cubist sculptor, became his mentor.  Mario had numerous Gallery shows throughout NYC, including the infamous “Pictures of an Eviction” exhibit in Soho.

In Los Angeles they were active in AIDS Project-L.A., The New Wilshire Art District, and the Museum of Tolerance.  After receiving her Master’s Degree in Clinical Psychology, Rebecca was appointed as Director of The Women’s Center, active in domestic violence shelters, and organized Women’s Wellness Fairs.  For many years they did fundraising for “The Love Ride” – an annual celebrity motorcycle event which raised millions for Muscular Dystrophy.  Some of their celebrity friends at the Love Ride have included Peter Fonda, Dennis Hopper, Larry Hagman, David Crosby, and Jay Leno.  Mario had many prestigious exhibits in Los Angeles.

Rebecca was the founder of the Annual Rancho Mirage Tour of Artists Homes, and owner of Rebecca Fine Art Gallery in Cathedral City, which showcases both local and international artists. She is an active promoter of the Perez Rd. Art District, and has worked diligently to make Greater Palm Springs an international arts and cultural destination.  She created the Fabulous Ladies Lunch, which is a support and networking forum for business women.  She is also a top realtor here in the desert.  Rebecca also writes a weekly art column for Coachella Valley Weekly magazine.

The US House of Representative, Guy V. Molinari, a member of Congress, in his letter addresses the dedication by Mario and Rebecca and the eventual success of the Loft Bill which protected tenants against unfair and unlawful eviction from their loft and homes in New York.  The Bill was named after Mario Pikus.

In a letter from Sondra Austin, CEO of Family Health Support Network, Inc., she discusses Rebecca’s unbending dedication to improving the conditions of people in all walks of life.

Trini Lopez (Celebrity):  “Mario and Rebecca are humanitarians in every sense of the word.  They organize events to bring the community together without receiving any financial rewards…The events and parties they have promoted and organized for charities have been very successful for the community.  They have a wide circle of friends and colleagues and they encourage everyone to work together to make our desert a better place.”

Mayor Harvey Gerber:  “Rebecca has been a very active positive influence in our community….she has given freely of her time volunteering assistance to functions of the City and fundraising for local charitable organizations.”

Yara De Silva-Heying (Golden Star Productions):  “Mario and Rebecca are catalysts, they bring the community together with their charismatic personalities and they also give the example that it is through dedication, hard work and networking they can build a pleasant environment for all of us.”