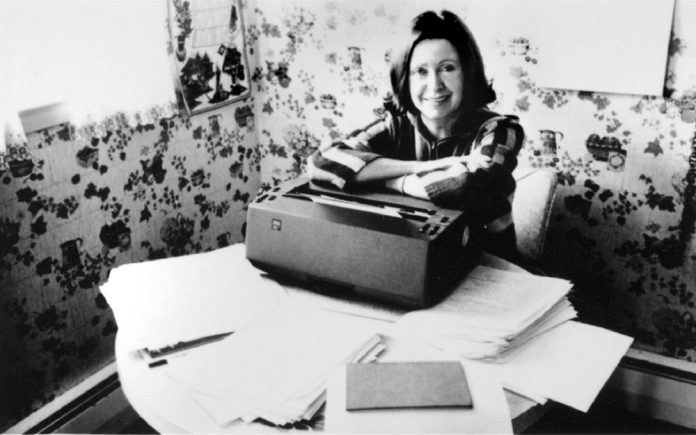 There was a time, not that long ago, when women authors used initials or nom de plumes so that men would buy and read their books.   Today, there are more women then men buying and reading books.  Mary Higgins Clark boldly moved the needle by writing mystery, suspense, and psychological thrillers about women, for women.

Higgins Clark wrote over 55 novels, a multitude of short stories, a children’s book and her memoir.   Each of her books was a bestseller and all remain in print having sold more than 100 million copies in the United States alone!

At a young age, Higgins Clark was a storyteller.  She always kept a journal.  Her father died when she was nine years old and she helped her family financially by giving her babysitting money to her mother.

Higgins Clark received a scholarship to a private Catholic school where she was encouraged to write.   At the age of 16, she submitted a short story to the crime magazine True Confessions.   The story was rejected, but it did not dissuade her from writing every day.

Higgins Clark continued to work to help support her mother and brothers.  After high school, she went to secretarial school, which lead to a job at an advertising agency.  She became a copy editor and wrote catalogue descriptions alongside future novelist Joseph Heller. 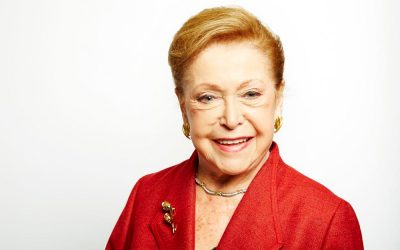 Switching gears, Higgins Clark earned a position earning five dollars less a week as a flight attendant for Pan American, but she traveled the world for over a year.  She eventually married and settled down with Warren Clark.  She took writing courses at NYU.  In 1956, she sold her first short story for $100.

By 1964, Higgins Clark had five children ages five to 13, when her husband had a fatal heart attack.   She supported her family by writing 65 four-minute radio scripts, which taught her how to research, be succinct and to quickly advance a plot.  She sold short stories to help pay the bills.

When her agent suggested she write a novel, Higgins Clark wrote a fictional story about George and Martha Washington called Aspire to the Heavens which was reissued as Mount Vernon a Love Story in 2002.  Although the original book was often shelved in the religion section of bookstores, Higgins Clark felt confident she could write another novel.

To encourage her children’s education, Higgins Clark went back to school and earned a BA in philosophy.  Even with kids at home and in college, Higgins Clark quit her job, and pawned her jewelry to start a company with fellow colleagues to write and market radio scripts.

After the death of her youngest brother, the last of her immediate family, she buried herself in writing and finished her first suspense novel Where are the Children?, which sold to Simon & Schuster for $3,000.  Three months later, the paperback rights sold for one hundred thousand dollars!  In 1975, her novel A Stranger is Watching sold for $1.5 million.  Her days of financial struggle were over.

In writing her memoir, Kitchen Privileges, Higgins Clark relied on the journals she kept since she was seven years old.  Her story is of a talented and driven woman who strived to be her very best even under the worst situations.  She was a loving daughter, a hard worker, a good wife and great mother, all while being a professional and staying passionate about writing.

Higgins Clark knew women wanted to read intelligent stories about real women in difficult situations.  She kept her name on the cover and trusted women would be the ones to buy and read her stories.  They did.  Now, there are more women authors and readers than ever before.  Thank you Mary Higgins Clark for your amazing body of work and inspiration.  RIP.