BIRDS OF PREY (AND THE FANTABULOUS EMANCIPATION OF ONE HARLEY QUINN) 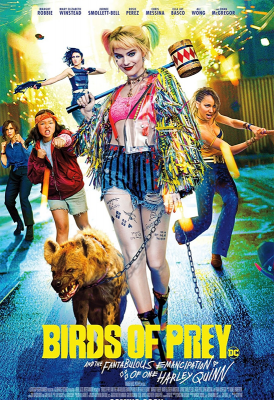 The movie opens with the former Dr. Harleen Quinzel (Margot Robbie) performing a musical number.  She continues a first person narration of her own story throughout the engaging, but overly complex tale starting with her recovery from the psychologically devastating beak-up with the Joker.

The relationship between a pickpocket street orphan named Cass and Harley is the heart of this action-filled and colorful movie that does not include a reference or appearance from the Joker.  The movie shifts gears when Cass steals a thumb drive from the wrong person and swallows it. When Harley finds out he bad guys (Sonis and his henchmen) are going to cut Cass open to retrieve it she decides to protect her.

Director  Cathy Yan and a near perfect cast – that includes Mary Elizabeth Winstead, Jurnee Smollett-Bell, Ali Wong and Rosie Perez – bring this comic book diversion to life.  It’s a fun, ride.  The only complaint I heard at a private preview screening was that the costumes of the on screen characters did not reflect their comic book iterations – unlike “Aquaman,” that went to great effort to match comic book costumes with their movie counterparts.

Note: Margot Robbie has already signed on to a planned 2021 Suicide Squad sequel. 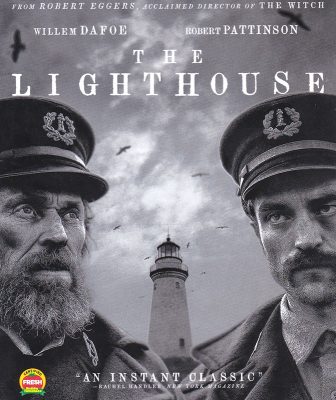 From Robert Eggers, (“The Witch”) comes this hypnotic gothic fever dream about two lighthouse keepers on a remote and mysterious island off the New England coast during the late 1800s. This visceral and visually stunning black and white horror show about the ultimate odd couple is laced with incipient dread and piercing sequences of psychological horror.

The production design, exquisite cinematography and haunting score/sound design compliment the extraordinary performances of Willem Dafoe and Robert Pattinson.  In many ways, this gripping, very Lovecraftian story is really an actors’ movie that showcases two singular and powerful performances that fearlessly, and memorably explore the price of isolation, guilt and madness. 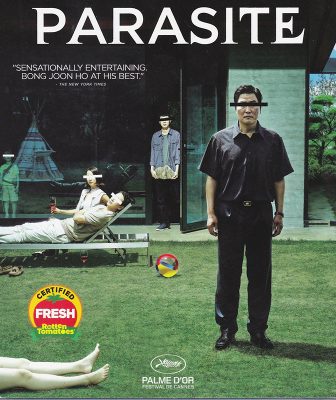 Meet the Park family, the very picture of aspirational wealth and the Kim family, rich in street smarts but not much else.  Whether by chance or fate, these two houses are e brought together and the Kim’s sense a golden opportunity.

Masterminded by college-aged Ki-woo, the Kim kids expediently install themselves as tutor and art therapist to the Parks.  Soon, a symbiotic relationship forms between the two families.  The Kims provide “indispensable” luxury services while the Parks obliviously bankroll their entire household!

When a parasitic interloper threatens the Kims’ newfound comfort, a savage, underhanded battle for dominance erupts, threatening to destroy the fragile ecosystem between the Kims and the Parks.

By turns darkly hilarious, horrifying and heart-wrenching, Bong Joon Ho’s cunning and very contemporary thriller about class disparities in South Korea has already been globally celebrated as one of the best films of the decade and nominated for six Oscars®.  Universal.  4K/UHD. 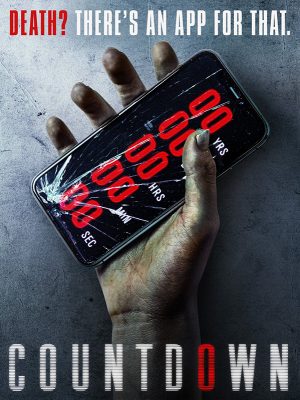 What if your phone could tell you when you’re going to die?  Would you want to know?

The story follows a young nurse (Elizabeth Lail) who downloads an app that claims to predict exactly when a person is going to die.  With only three days left to live and death closing in, she must find a way to save her life before time runs out.  This unsettling twist on the invasive technology that seeks control of our lives will linger long after the film’s final fade out.   Universal. 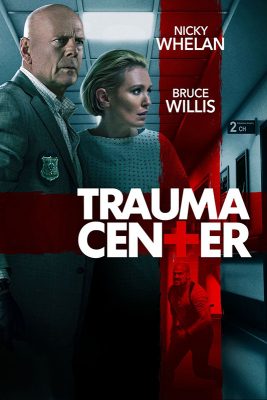 Bruce Willis plays Lt. Wakes, a vengeful police detective determined to solve the murders of his partner and an informant.  Wakes joins forces with Madison (Nicky Whelan), a witness injured during the shootings, after the killers pursue her across the abandoned floor of a hospital and confirm Wakes’s worst fears: the two men are actually corrupt vice cops covering up a crime.  As Wakes vows revenge, this effective action-thriller reaches a satisfyingly explosive climax.  Lionsgate.