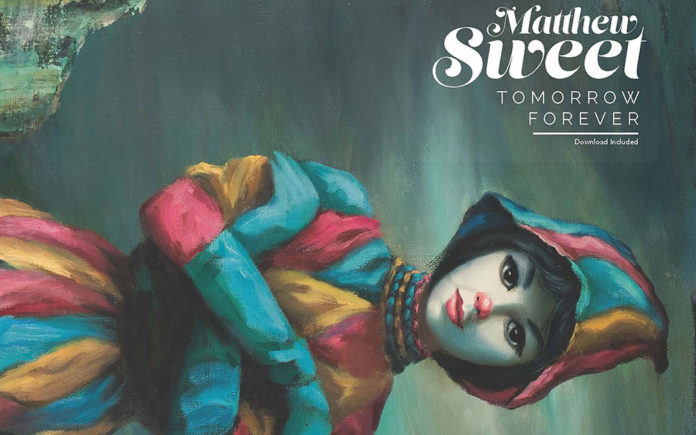 Sidney Matthew Sweet has always been obsessed by music. Born and raised in Lincoln, Nebraska, he started making music at an early age. By the time he was in high school, he was writing and recording songs on his own four-track cassette player. The first band he joined,The Specs, had a song featured on a local radio station’s Battle Of The Band compilation.

Soon, he was fronting his own band, The Dialtones. A chance meeting with the members of R.E.M., before he graduated high school in 1982 motivated him to attend summer school in the band’s hometown of Athens, Georgia. Matthew wasted no time infiltrating the fertile music scene that spawned Pylon, Love Tractor, Vic Chestnutt, and most famously R.E.M. and The B-52’s. He spent his first (and as it turns out, last) college semester at the University Of Georgia.

Initially, he collaborated with R.E.M. frontman Michael Stipe on a side project called Community Trolls and soon wound up playing in Lynda Stipe’s band Oh-OK. Additionally, he and Oh-OK drummer David Pierce began performing together as The Buzz Of Delight. Both bands released EPs on the indie label, DB Records. Matthew’s talents soon drew the attention of Columbia Records and he was signed to a solo deal.

In the mid-‘80s, Matthew and his wife relocated to New York City, and his solo debut, “Inside,” arrived in 1986. Playing all of the instruments himself, it included cameos from Chris Stamey (the db’s), Aimee Mann (‘til Tuesday) and Fred Maher (Lou Reed). The album received great reviews, but scant commercial success. His profile was raised tangentially when he added bass and vocals to Golden Palominos’ Blast Of Silence album. The No Wave supergroup featured a rotating line-up that included Syd Straw, Peter Holsapple, ex-Sex Pistol John Lydon and T-Bone Burnett.

Again, the album garnered positive reviews but was roundly ignored by the music buying public. Soon, he was beset by personal crises. His marriage ended in acrimony, he was dropped by A&M and his Princeton, New Jersey home was flooded, destroying all his guitars and record albums. But the old adage “what doesn’t kill us only makes us stronger” feels particularly applicable during this phase of his career.

Following a stint playing bass in Lloyd Cole’s touring band, Matthew hunkered down and began recording his third record. Inspiration for this new batch of songs came from the dissolution of his marriage. Co-Produced by Fred Maher it featured guitarists Lloyd Cole, Robert Quine and Richard Lloyd, drummer Ric Menck and multi-instrumentalist Greg Leisz. After shopping the demo, he was signed to Zoo Entertainment.

Girlfriend was released in late 1991 and received unanimous critical praise. The songs were crisp and angular, referencing touchstones like the Beatles, Big Star, R.E.M., and Neil Young; the lyrics a brutal and bittersweet distillation of a broken romance. The record began to gain traction commercially, going into heavy rotation on MTV and receiving radio play on stations like KROQ, KCRW and 91.X. By 1992, Matthew had a genuine hit on his hands. Following an extensive tour he relocated to Los Angeles.

For the remainder of the 20th century, he cranked out a series of intriguing and eclectic records. 1993’s Altered Beast, was ragged, (in a good way) and rocked harder, offering complex arrangements and instrumentation. 100% Fun, which arrived in 1995, offered a potent combo-platter of Power Pop and Alternative Rock. Released in 1997, Blue Sky Mars, leaned toward Baroque Psychedelia and 1999’s In Reverse revealed his predilection for Spector-y Wall-Of-Sound production.

Matthew’s music popped up regularly on soundtracks and compilations, and he began collaborating with like-minded musicians. He teamed up with ex-Bangle Susannah Hoffs, creating a ‘60s flavored cut for the “Austin Powers” movie. That association would come to fruition in the following decade. In 2002 he began a loose affiliation with singer-songwriters Pete Droge and Shawn Mullins that quickly morphed into a band called the Thorns. The sound of their self-titled debut was characterized by rich CSN-style harmonies and sharp acoustic instrumentation.

Although he was wildly prolific in the ‘90s, his output slowed considerably in the following decade. Not unlike Cheap Trick, Matthew has always been massively popular in Japan. In 2003 he rewarded their loyalty with a Japanese-only release of the Garage Rock flavored album, Kim Ga Suki *Raifu. He switched gears in 2004 with the mostly acoustic Living Things.

Two years later he reunited with Susannah Hoffs as “Sid n’ Susie.” The pair recorded Under The Covers, Vol. 1 in 2006. A bit of a busman’s holiday, they covered 15 favorite songs from the ‘60s. Their vocal chemistry landed somewhere between Sonny & Cher and Nancy Sinatra and Lee Hazlewood.

Matthew recorded two more solo albums, the summery angst of Sunshine Lies in 2008 and the dense Modern Art in 2011. He and Susannah returned to the well for two more times for second and third Under The Covers volumes, each time re-interpreting choice cuts from the ‘70s and ‘80s. He also found time to produce the Bangles’ Sweetheart Of The Sun record.

After several years in Los Angeles, Matthew returned to his home state, Nebraska. He and his wife Lisa found a house in Omaha big enough to include a recording studio. It was here he began crafting his 12th solo album, Tomorrow Forever. Sadly, his mother passed away during this period.

The opening two tracks, “Trick” and “Entangled,” kick the album into gear Stripped down rhythm guitar riffs collide with a kick-drum beat, rumbling bass and snarly electric power chords propel “Trick.” The infectious melody is buoyed by a wall of guitars as circuitous lyrics observe “sometimes it’s just a trick of the light we see, always hard to tell what could be real/Is it just a trick of the light that shows us who we want to be.”

The fading power chords of “Trick” fold into the lush layers of “Entangled.” Dreamy mellotron notes swirl over thrumming bass lines and a loping rhythm; electric, acoustic, octave and slide guitar envelope the arrangement, which straddles the line between Baroque and Country.

There are 17 tracks here, which means the album slowly unfolds after repeated listens. Three songs immediately stand out, as they simply bristle with authority. The stompy Psychedelia of “Pretty Please” is, as Matthew sings, “useless to resist.” Sprightly Hammond B3 flourishes connect with a see-saw rhythm and bee-stung guitar. Shards of jagged guitar riffs crest over the instrumental break.

“The Searcher” is anchored by a thumpy backbeat, prowling bass lines, a wash of keys and a triad of electric guitars. The song’s apocalyptic mood is leavened by vaguely spiritual lyrics that encourage the listener to “Come to embrace the light and pain, so you can go through the light again.” Guitars spark and pinwheel on the final instrumental coda.

“Finally” locks into a greasy groove. Sludge-y guitars ride roughshod over roiling bass lines and a four-on-the-floor beat. Sunny lyrics celebrate the “calm that comes after the storm,” noting “finally, we can be together, now we know for sure that our future is true.”

Both “Country Girl” and Off The Farm” feel like flip sides of the same coin. On the former, mandolin, dobro and pedal steel wrap around achingly pure, Country-flavored melody. Matthew’s sweet, sunshiny tenor waxes rhapsodic about a girl who has “eyes as wide as the sky.” Gary Louris of the Jayhawks is conscripted into Matthew’s Guitar Army adding shimmery layers to this sylvan tableau.

The latter opens with a snippet of a crazed cartoony symphony before downshifting into a blustery rocker. Matthew’s sunshiny spirit has vanished, his mien now feels feral and menacing as he snarls “you gotta fuck off and run.” Search and Destroy riff-age is squally and scabrous, echoing Neil Young’s epic, “Cortez The Killer.” 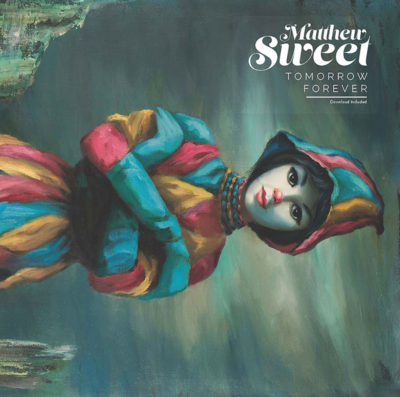 Finally, “Hello” is an ambitious aural banquet of sound. Descending piano notes (from the Zombies’ Rod Argent, no less), cascade over a propulsive bass lines and a tumbling backbeat. Matthew’s muti-tracked vocals lattice lush and honeyed harmonies as he announces “I’m from the future, I’ve arrived again, HELLO!” An expansive piano solo intersects with sugar rush guitar licks that kind of ride off into the sunset.

Other highlights include “You Knew Me,” which blends high lonesome pedal steel, stacked vocals and crushed velvet guitars. Bleary power chords and more subdued vocals wash over “Bittersweet.” The spectral “Haunted,” once again employs the storied talents of Rod Argent, as well as sparkly, quiet-Beatle style guitars. The candy-coated crunch of “Nobody Knows” recalls the kaleidoscopic ‘70s Power Pop of the Raspberries and Todd Rundgren.

The album closes, rather fittingly with “End Is Near.” Backwards electric guitar connects with half-speed acoustic guitar and mellotron, giving the tune a twinkly harpsichord sound. Matthew is comforting as he promises, “I’ll hold your hand, when the end is near.” Perhaps it’s a restless farewell honoring his late mother. Filigreed fretwork gives way to a quiescent acoustic coda.

This is a solo album in name only. Along with Rod Argent and Gary Louris, the album relies on the talents of guitarists Paul Chastain, John Moremen, Jason Victor and Gary Valentine. Ric Menck and Bangle Debi Peterson each did time behind the drum kit. The album was recorded at his Nebraska studio and mastered at the infamous Abbey Road studios.

Matthew Sweet is like a mad musical scientist, synthesizing The perfect Power Pop alchemy. Tomorrow Forever is his most assured collection since Girlfriend. Maybe his return to the Cornhusker state was just what the doctor ordered.