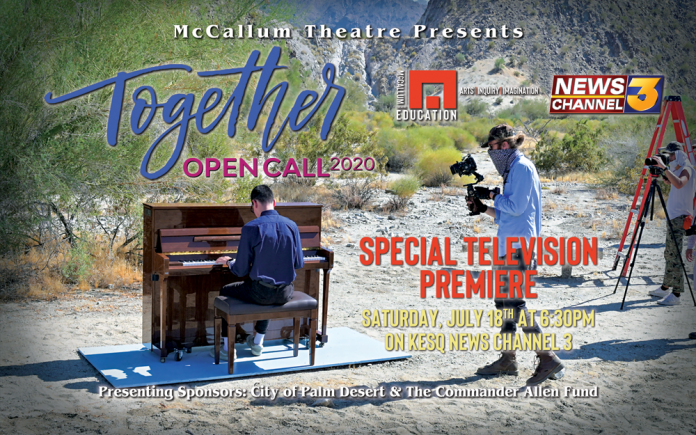 For more than twenty years, the McCallum Theatre in Palm Desert has put on an annual showcase of local talent with its Open Call competition. As with most events in 2020, the spread of COVID-19 has made it impossible for a live Open Call to take place in front of a full theatre audience, but the tradition will not be broken this year, as Open Call will be a special half-hour television program presented on KESQ News Channel 3 on Saturday, July 18, at 6:30 p.m. 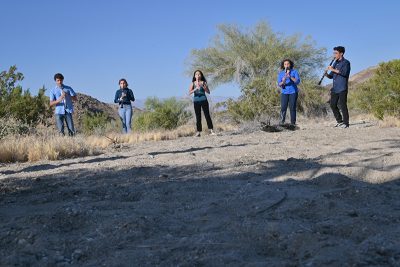 The Open Call program will be hosted by Patrick Evans and instead of a competition-style format in a sold-out theatre, the televised showcase will feature a large cast of local performing artists, ranging in age from 8 to 89. Not only will the televised Open Call feature short interviews with all of the performers, but there will also be a behind-the scenes look at what went into shooting the finale video which was filmed in the wild desert adjacent to The Living Desert Zoo and Gardens.

Traditionally, Open Call would consist of different cast members performing in a competing fashion, eventually culminating in a final original song that is written specifically for the finalists and inspired by them. 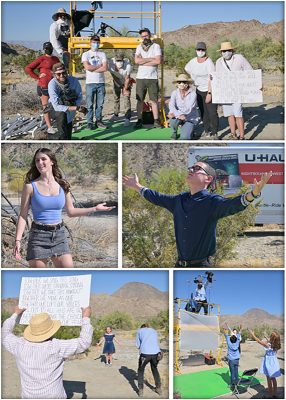 “This year, it was very tricky to do the competition element because a lot of our acts are grouped and we knew they could not gather and practice together. With Open Call trying to promote a level of polish, we decided that the competition couldn’t happen, but this opened up more opportunities about what could be done with our finale number,” stated Kajsa Thuresson-Frary, Vice President of Education at the McCallum Theatre and Producer/Artistic Director for Open Call.

The finale number includes every cast member, and has themes centered on inspiration, hope, the spirit of community, and promotes the idea of being a creative individual for the audience. The consensus was that the finale number would be turned into a music video, but there was still uncertainty about how the artistic team would go about doing that safely, depending if the state mandates would be lifted or lightened. The song had already been written in the meantime and cast members would rehearse their parts through Zoom.

“Our vocal finalists got parts to sing in the song, our clarinet ensemble got an arrangement, our pianists got parts, as well as our jazz ensemble. Those who were recording had to do it remotely and send them in to our musical director Paul Cracchiolo, who started to put it all together. 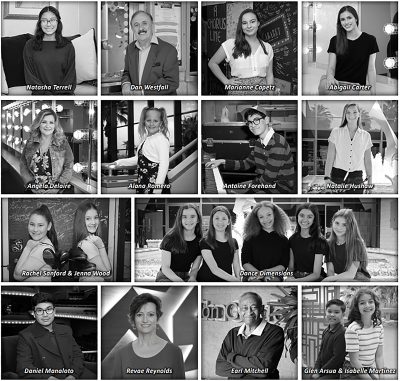 In addition to Cracchiolo in the role of musical director, other members of the Open Call team include choreography director Jenny Backhaus, production manager Joanna Fookes, filmmaker A. Wolf Mearns and film director Douglas VanSant of Tracker Studios, who worked on this year’s Open Call music video, and a collaboration with Point7West on the artist video vignettes.

For the music video, the vision was to be able to have it filmed somewhere open, and with the Living Desert Zoo and Gardens being prominent supporters of Open Call, they gave permission to have the video filmed in the stretch of desert beyond the park, leading up to the Eisenhower Mountain. The music video was filmed in June, when even more social restrictions were lifted.

Pleased with the quality and final cut of the music video, Kajsa sought a way to have the video reach the Coachella Valley. Initially, when she contacted KESQ to broadcast the finished music video on television, she was told that it needed to be a 30-minute time slot, and the final cut of the music video was roughly only seven minutes. It was then decided that in addition to showing the music video, previously recorded interviews that were filmed at the theatre with the participating artists would be added to the program, as well as a short behind-the-scenes film about the making of Open Call.

In the midst of the COVID-19 pandemic, Kajsa feels that the Open Call televised program will not only keep the McCallum tradition alive, but also instill a sense of unity during a very difficult time in a world filled with uncertainty.

“I do think that the arts have an even bigger, more important role to play in our lives when we are experiencing hardships and when people see this video on Saturday, they’ll realize that even though you can’t do things the way you usually do, if you apply a certain amount of creativity, you can find a way to do extraordinary things,” said Kajsa.

Participants of Open Call are also grateful to be able to share their talent and dedication to the Coachella Valley, and are extremely thankful for the support of the theatre and those who lent their efforts and support to make the music video happen.

“We are so grateful Natasha was selected to be one of this year’s finalists! A different year indeed! The theatre went dark and not one finalist took the McCallum stage nor did they meet together in person. And still, the show went on. Together, we would like to thank the McCallum Theatre, the talented team, creative partners, along with the generous supporters and sponsors for making this unique and wonderful project happen. Natasha has been so excited to be part of Open Call 2020, an unforgettable and rewarding experience!” stated the Terrell family, in reference to their 13-year-old daughter Natasha.

To learn more about Open Call or to become a sponsor of the McCallum Theatre, visit their official website at www.mccallumtheatre.com.